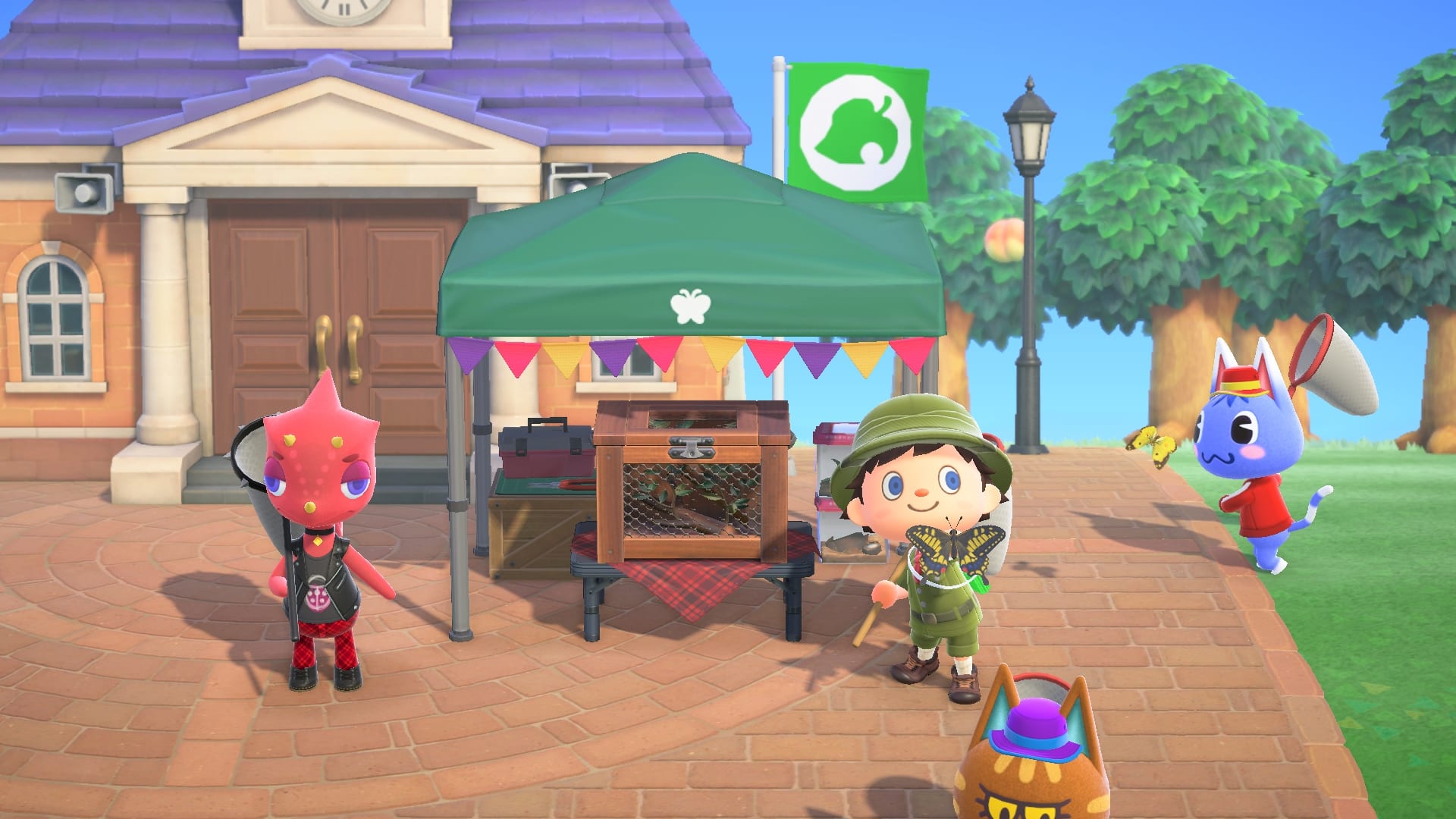 The Bug-Off is a tournament that takes place in Animal Crossing New Horizons during the summer months. If you compete, you can earn rewards that can’t be obtained any other way in the game.

If you’ve never participated in a Bug-Off tournament before or want to know more about it, we’ve got you covered. Here’s everything you need to know about participating in the Bug-Off in Animal Crossing New Horizons.

On the day of the Bug-Off, Flick the bug-loving lizard will appear on the plaza outside of Town Hall between the hours of 9:00 a.m. and 6:00 p.m. Between these hours, you can talk with him to initiate the tournament.

After speaking with Flick, you can compete in the tournament as many times as you want. He will challenge you to catch as many bugs around the island that you can within a time limit of three minutes.

Every bug, regardless of type, is worth one point. Catching at least three bugs in a round earns you an extra bonus point. The points are cumulative, so you can participate many times in a row to get a lot of points.

The first time you participate in the Bug-Off will be free, and every time after that will cost 500 Bells.

You can keep any bug that you catch during the tournament, or you can sell them to Flick afterwards for a higher price than what they sell for at Nook’s Cranny.

There are two types of rewards for participating in the Bug-Off: trophies and bug-themed items.

Scoring 100 points during the tournament will earn you a Bronze Trophy, 200 points for a Silver Trophy, and 300 points for a Gold Trophy. You don’t need to trade in your points to obtain the trophies.

You can trade your points for bug-themed items. Exchanging 10 points will reward you with one of the following items (thank you to IGN for the reward list):

You’ll need 120 points to guarantee one of every bug-themed prize, as you won’t receive a duplicate until you get one of everything. The order that you receive the rewards in is completely random, though.

Your points won’t carry over to the next month’s tournament, so make sure you spend them before 6:00 p.m. when the competition ends. However, every month the rewards will be the same, so if you didn’t get everything on month, you can try again next time.

There are a few helpful tips and tricks we can share to help you make the most of the tournament.

Participating with one or several friends is by far the fastest way to get a lot of points. This is because the points that are earned by each person are shared among everyone. If there are four people participating and they each score five points, everyone gets 20 points for that round, plus extra bonuses.

The tournament is free if a friend initiates it with Flick. If you don’t want to spend the 500 Bells for each round, have someone who doesn’t live on your island speak with Flick to start the timer.

If you have multiple people participating, everyone should spread out while one person speaks with Flick to start the round. That way, you aren’t wasting time running from the plaza to look for the bugs.

Another tip is to create places on your island where a lot of bugs will spawn and then go there when the round starts. Places like large flower patches or tree stumps work really well.

Finally, it’s worth noting that your bug net won’t break during the three-minute time limit, but it could break immediately after. Therefore, it’s a good idea to stock up on bug nets if you are planning on participating in many rounds.

Overall, the Bug-Off is a fun way to earn exclusive items while hunting for rare bugs for the museum exhibit.

That’s everything you need to know about participating in the Bug-Off in Animal Crossing New Horizons. For more tips, tricks, and guides, visit our New Horizons guide wiki.