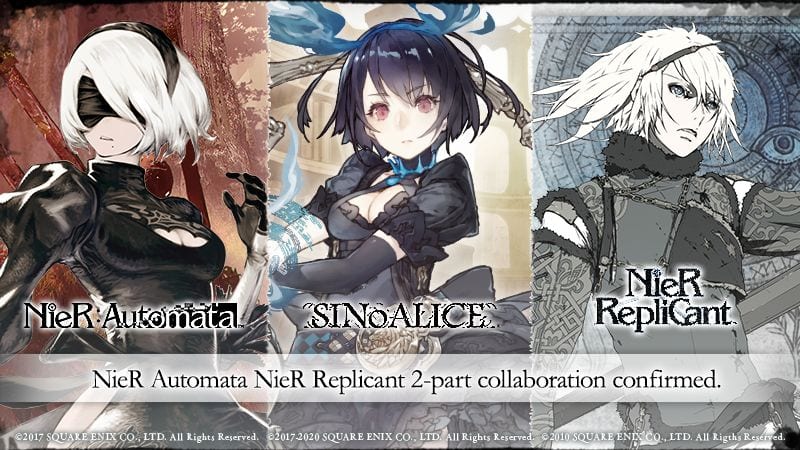 Today Pokelabo reached out with a press release to announce that pre-registration for SINoALICE has been opened on iOS.

You can find the listing here ahead of the release date on July 1st, 2020. The game will be available (also on Android) globally excluding  Japan, China, Hong Kong, Taiwan, and Macau.

If you’re unfamiliar with it, it has been written by NieR creator Yoko Taro and it will feature a double collaboration with both NieR: Automata and the original NieR Replicant, including characters from both games.

Those who love the NieR series will feel right at home also due to the participation of composer Keiichi Okabe, while the character design is handled by Jino.

It has been running in Japan for over two years, so there will be plenty of content to enjoy when it launches in the west.

It features a dark story that you can expect from Yoko Taro, inspired by classic fairy tales.

“A RPG of a Unique Dark Fantasy World The famous Japanese director Yoko Taro and composer Okabe Keiichi·MONACA invite you to a cruel story featuring characters from fairy tales.

An Epic Story of Girls’ Desires

Library, a place where all of the world’s stories are gathered. Now, here at the library, the girls’ struggle to complete the story of their desires.

Delve into Your Favorite Character’s Story

As the story of your character unfolds, the truth is revealed in a Crossover Tale – The Weapon Tale, which reveals the sad stories of over 150 weapons, The Class Tale, which gives a glimpse into the characters’ minds that change based on their class.

Real-Time Cooperative Battles to face challenging enemies with your friends

Colosseum to participate in 15 vs 15 Guild Battles