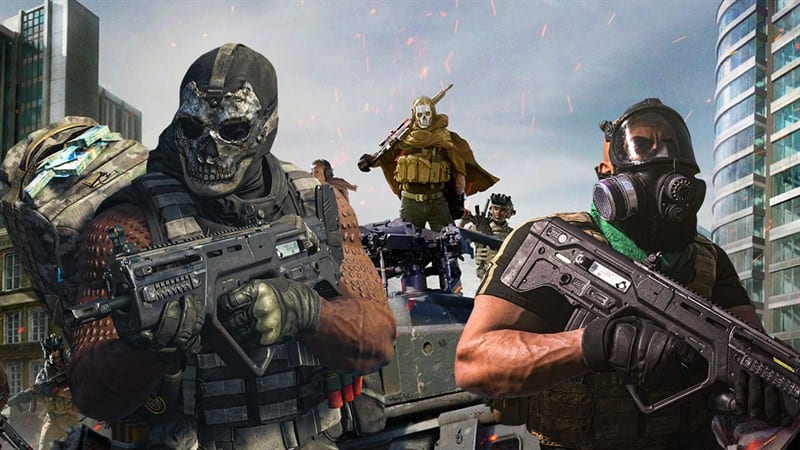 If you’re wanting to give yourself the best chance of winning in Warzone, you’re going to want to make use of the Loadout Drops and ensuring you’re leveling up your favorite weapons. In doing so, you’ll be able to make it far more effective in battle. Here’s everything you need to know about leveling up weapons in Warzone.

Every weapon in the game will start off at level 1 when you first begin using it. By increasing a weapon’s level, you’ll unlock attachments such as new sights, muzzles, stocks and magazines for it, alongside some cosmetics, too.

The order in which you unlock different attachments changes for every weapon, but you can check what you’ll unlock next for a weapon by going to the Gunsmith and checking under ‘Weapon Level.’ This is selected by pressing RT/ R2 when you’re on the weapon’s gunsmith screen.

By changing any of these attachments or weapon parts, you’ll alter the weapon’s stats. For example, attaching an Aim-Op Reflext sight will increase a Kilo 141’s accuracy, but will also reduce its mobility and control. Attaching a different sight may increase its range, but reduce its accuracy or damage.

As such, leveling up your favorite weapons allows you to finetune how it handles to suit your playstyle, and in doing so will improve your effectiveness with it in battle.

How to Level Up Weapons Fast

A weapon’s level is increased by earning XP with it. This applies to both Warzone and the Modern Warfare multiplayer, as both modes use the same online progress.

The easiest way to level up weapons fast is to simply use them over and over again to get kills. Every time you get a kill with a weapon, you’ll earn more weapon XP.

To maximize your leveling potential in a set amount of time, you’ll also want to play Modern Warfare multiplayer modes if you have the full game, as opposed to playing just Warzone games. Modern Warfare’s multiplayer is far more fast-paced and results in you racking up kills at a much faster rate. Use your preferred weapon to bump up its level incredibly quickly.

If you’re stuck with just playing Warzone though, try playing a few games of Plunder. Players over on Reddit have highlighted Plunder as dishing out far more Weapon XP than the standard BR mode. Not only is it easier to rack up more kills in Plunder, but you’ll also be able to complete contracts for weapon XP.

Finally, it’s worth noting that any kills and XP you earn in the pre-game lobby will also count towards your weapon’s level. Make sure you’re making the most of these lobbies to warm up and rack up some sweet weapon XP in the process.

There you have everything you need to know about leveling up weapons in Warzone. For more tips, tricks, and guides on the game, head over to our wiki, search for Twinfinite, or check out more of our coverage below.