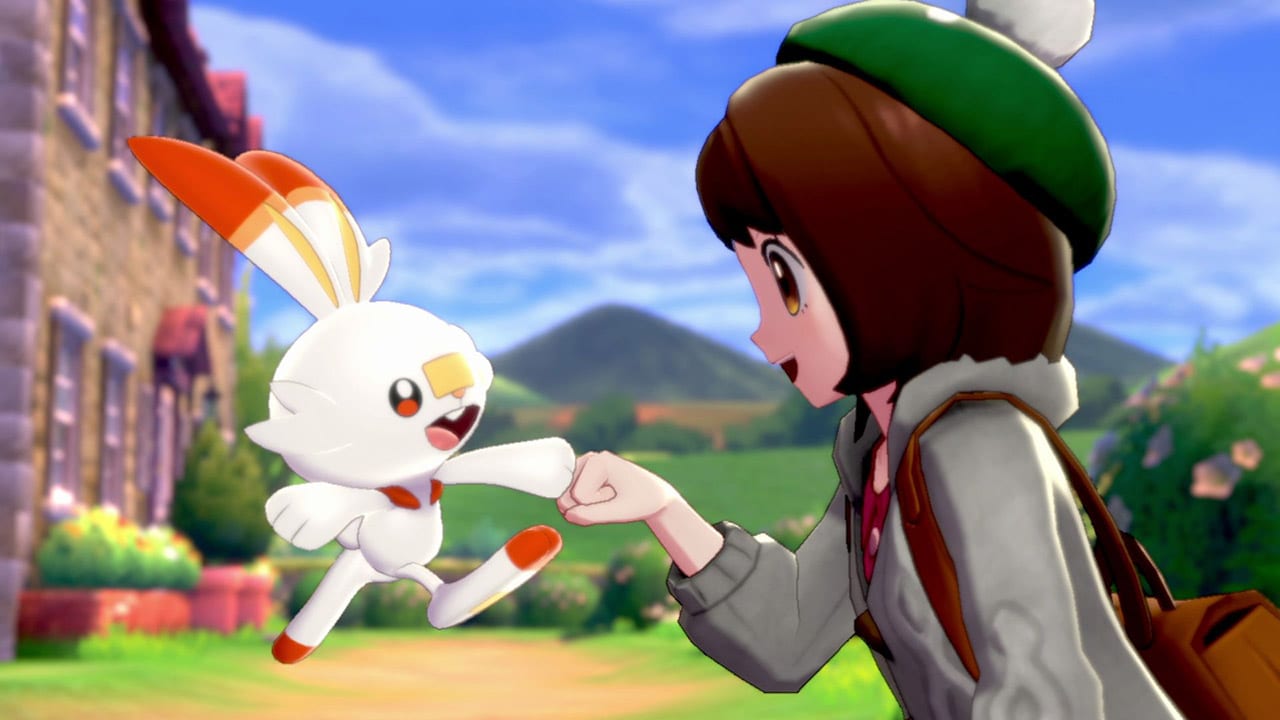 Our first video game world is a no-brainer for most of us. The Pokemon World is practically heaven.

Who wouldn’t want to live surrounded by those cute and adorable little creatures? They can interact with you more so than a normal dog or cat can and the level of cooperation between humans and Pokemon is just wholesome.

Ignoring the fact that humans also casually and regularly pit the Pokemon against one another in combat for entertainment, the Pokemon world is pretty peaceful. Well, as long as we’re not including the Pokemon movies and the occasional plot for world domination.

A lot of us would love to wake up at the fresh age of 11 to pick our first starter Pokemon and go on a grand adventure with no money, responsibilities, or parents.

Unlike the Pokemon World, Tamriel is a little more dangerous. However, it is full of gorgeous landscapes, diverse species and cultures, crazy politics, deep lore, and plenty of adventure. Really not too much different than ours, just a lot more fantastical.

Since the Elder Scrolls’ story spans the length of centuries, we’ve seen numerous locations across the continent, quite a lot of different people, and factions rise and fall.

Perhaps you want to live in the frigid but remote lands of Skyrim or Imperial Cyrodiil when it isn’t consumed by Oblivion, or maybe even the exotic jungles of Elsweyr. Honestly, each location has a laundry list of pros and cons so take your pick.

We can’t wait for what location Elder Scrolls VI will be in even though the reveal could be years from now.

Another wonderful high fantasy video game world, Hyrule is just as intriguing as Tamriel with its beautiful locales, species, and creatures. Who wouldn’t want to live in one of Hyrule’s grand cities or somewhere in the Zora realm?

Whether it involves a Link or a Zelda, something always seems to be happening in Hyrule so living here would never be boring. Though, the world does seem to nearly end on a regular basis but whatever, Link and Zelda always come through.

Also, living in Hyrule would mean you’d have the chance to meet a silent boy that likes breaking pots, carrying around chickens, flexing his muscles, and regularly saving the world.

Other than the crippling needing to pay off several loans to Tom Nook, the Animal Crossing world is incredibly relaxed and wholesome. There seems to be very little conflict, confrontation, or obligations so you can simply pass the time decorating your house or catching bugs for as long as you want.

You can also have cute and adorable animal neighbors that occasionally bring you gifts or ask you to sit next to them just to spend time together. Sometimes they even come up to you to excitedly tell you something amazing that just happened to them.

Honestly, there’s a unique level of tranquility and quiet in the Animal Crossing world that you won’t find anywhere else. Other than Tom Nook, the only real stress comes from finding out you have terrible Turnip prices for the day.

Technically, this video game world is more a universe because it’s made up of many different worlds of varying Disney and Square Enix levels. It’s kind of like a variety pack of really cool places.

Kingdom Hearts is also unique in the fact that it smushes as many different franchises under the same license as it can into its lore and story. So, deciding to live in this particular universe means meeting a very diverse amount of people.

Personally, I’d live here simply because my husband Riku does too but flinging giant keys, traveling through space in a Gummi ship, and literally having Mickey Mouse as your king are also appealing.

Regardless, like many of the locations on this list, Eos has a diverse landscape that we haven’t even fully explored. On the one hand, you have the metropolitan and distantly edgy capital city of Insomnia but right outside of its walls, the environment becomes more spacious and lush.

There’s also the beautiful seaside city of Altissia and a looming and very intimidating volcano that can be seen from practically anywhere.

Come to Eos for the views and the adventure but stay for the Chocobos.

The Continent – The Witcher Series

Regardless of whether you watched the Netflix series, played the games, or read the books first, the Continent from The Witcher video games is the best expansive and spacious visual we have of the franchise’s setting.

Not only is the locale incredibly photogenic, the world is full of sorcerers, literal demon slayers, mythical creatures, and monsters.

Honestly, the Continent would be great real estate for fans of high fantasy and adventure. The Witcher 3 made the entire location look even more beautiful and the game’s setting is one of the reasons it was such a success.

Like the other high fantasy locations on this list, Thedas is an adventurous place that is full of a whole lot of political strife.

There are plenty of dragons, ancient evils, gods, and different dimensions. Nearly every city is unique and the culture surrounding the many different factions can make your head spin. Plus, if you want something from your past life, the UK and France essentially exist in this world in all but the name.

Depending on who you are, you might be all about the Horde over the Alliance but, regardless, we can all agree that living in Azeroth would be a wild time.

Like all good high fantasy settings, Azeroth is full of dozens of different cultures, numerous races with their own unique traits, huge cities, and a whole lot of adventure. Maybe you can even snag a giant eagle as a pet if you’re lucky.

As the game’s name suggests, Azeroth is constantly plagued by war so you will certainly stay busy here even if you don’t pick between the Horde and the Alliance. There’s even spooky evil magic to worry about but that honestly just adds to Azeroth’s charm.

Our last video game world is technically a city in a video game world but we can all agree that living on the Citadel in the Mass Effect universe would be way cooler than living anywhere else.

I mean, come on. It’s a floating metropolis that serves as the central hub for the entire galaxy. It’s also jam-packed with people from nearly every advanced race in the Milky Way. Walking down the street here would be a crazy experience.

And, like any huge city with dozens of different cultures, it has its slums, its culturally specific districts, gangs, and high class places for equally high class people.

Granted, the Citadel is kind of a giant, ancient key that unlocks the end of the whole galaxy but it has cool night clubs so we can forgive that little detail.