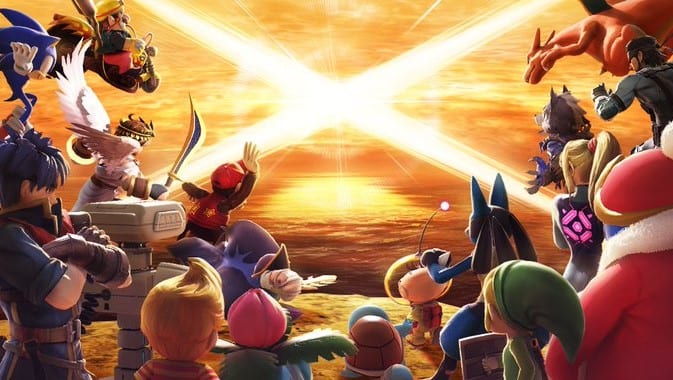 Back in January, fans of Super Smash Bros Melee got treated to a nice surprise with an online tournament event in Ultimate that featured characters, stages and items from the Gamecube title. Fast forward to now and it looks like we’re going to get the Brawl version of this event.

Meta Knight isn’t the powerhouse he was back on the Wii. Still, it’ll be interesting to see how this event balances out in this Smash Bros Ultimate Brawl event.

The official title of the event is “Brawl Veterans Represent!” You can see a few of those veterans in the announcement tweet from the Nintendo Versus Twitter account. They even recreated the title screen shot from Brawl with the fighters on the cliff facing towards a blinding light.

Fortunately, some of the more divisive aspects of Smash Bros Brawl aren’t coming back for this event. That means we’re safe from tripping or ridiculously floaty physics and we still get to keep directional air dodging. It’ll essentially be Brawl with Ultimate physics.

You’ll want to do well in these online tournaments if you’re still in the throes of spirit collecting. The deeper you make it into the bracket, the better spirit you’ll unlock at the end. It’s also a decent way to get more experience against other players while grinding for spirits.

But don’t take your time to join in on the fun since you only have until Sunday, April 12 at 11 p.m. Pacific Daylight Time before this Smash Bros Ultimate in Brawl event comes to a close. You can read the full announcement from Nintendo Versus on Twitter.

If you’re into casual Smash Bros Ultimate and you want to get into competitive play, then check out our six tips for beginners. Also, check out all the news about the next DLC fighter and who we think it could be. And remember to stick to Twinfinite.