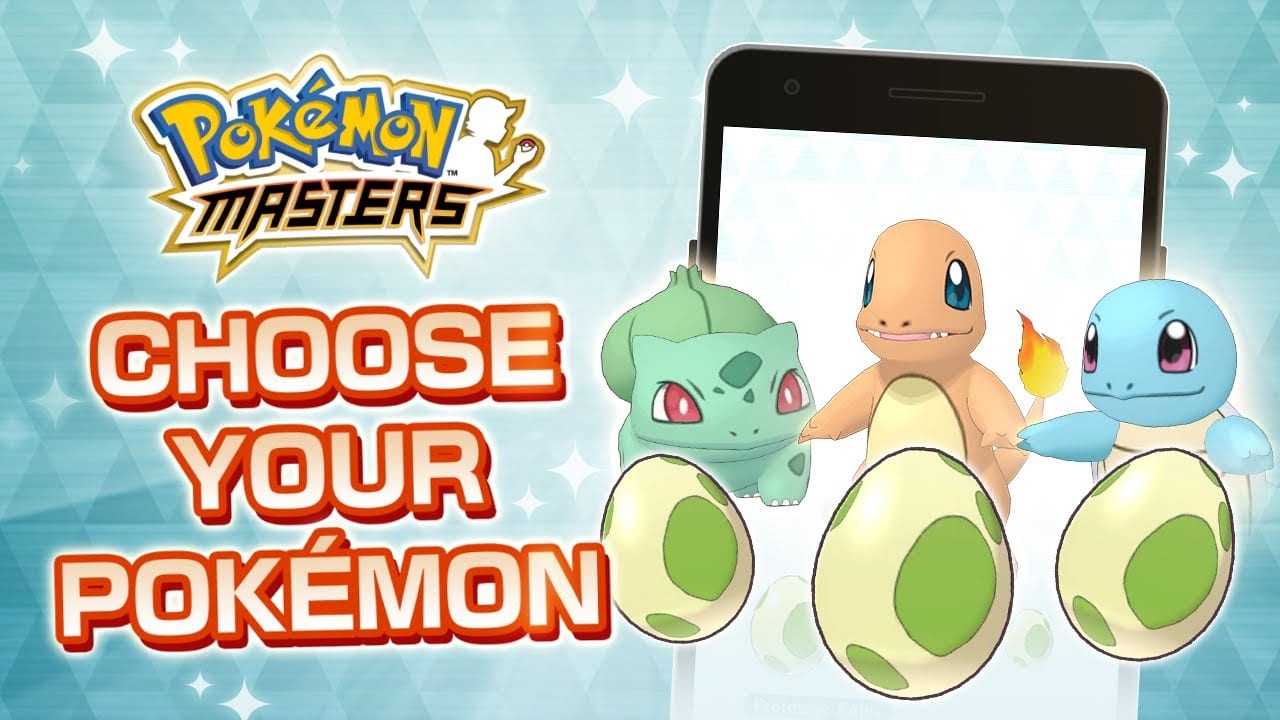 The classic Kanto region starter Pokemon from the original games are being added to DeNa’s Pokemon Masters in a unique way; Charmander, Bulbasaur, and Squirtle can now be hatched from eggs.

A new video trailer published today celebrates the new update, paying homage to Pokemon Red and Blue in the process. As seen in the footage, once players have hatched their starters they’ll be able to battle alongside them as a sync pair.

The new eggs are acquired from Professor Bellis the next time players log into the game, allowing them to choose which Pokemon they want it to hatch into and what their names are.

Today’s classic Pokemon are said to be just the first batch to be incorporated into the egg-hatching mechanic. More Pokemon will be made available at a later date.

Other new features in this latest update include a new legendary event, sync pair, and a scout feature. The details are broken down in a press release sent to Twinfinite: