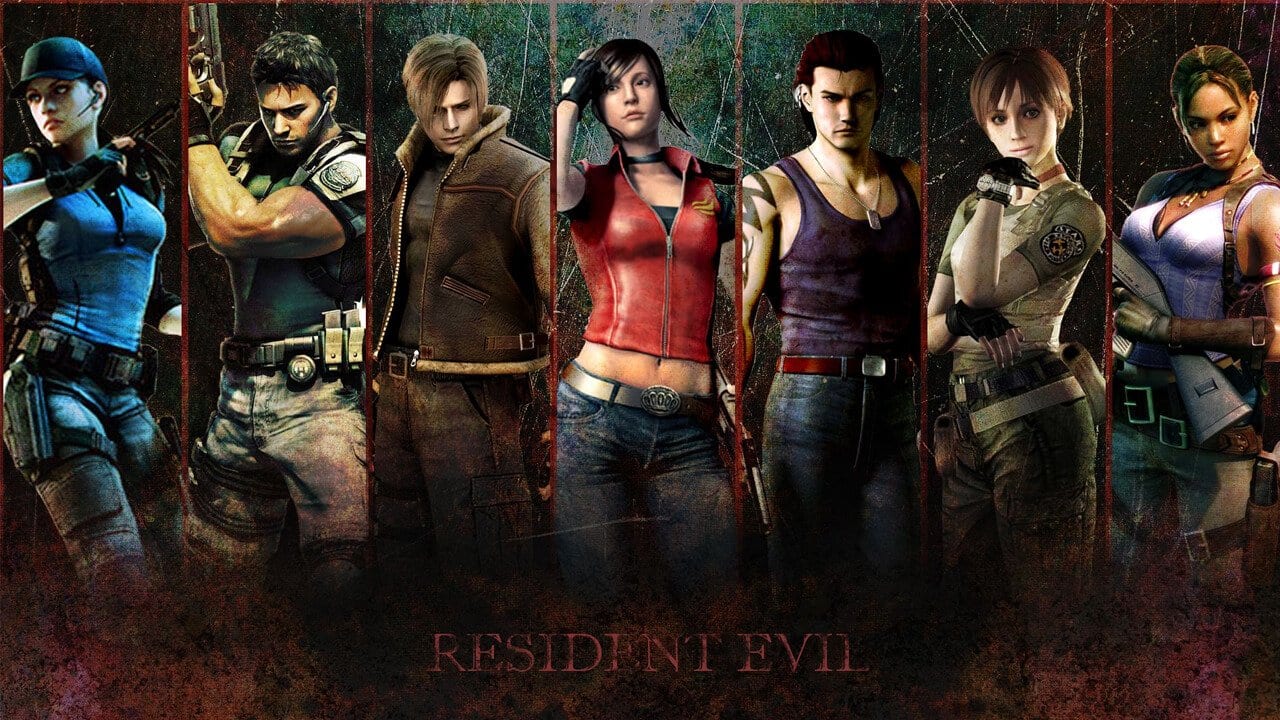 Ever since taking those first few steps into the iconic Spencer Mansion, Resident Evil has just gotten weirder and weirder. The franchise has evolved far beyond killing zombies in a haunted house and has featured some truly weird and terrifying moments.

Since Resident Evil has had such a triumphant return these past few years, we thought it would be fun to talk about some of the craziest moments in the survival horror franchise.

The first Resident Evil game is iconic for so many reasons. It basically started the survival horror genre as well as a ton of horror video game tropes. While there are many memorable moments from the first game, seeing the first zombie is perhaps the most iconic.

Within the first few minutes of playing, you unknowingly walk in on a zombie feasting on one of your teammates. The cold, dead look it gives you as it turns around and starts walking towards you is ingrained in any player’s head who first played it in 1996 and again in the 2002 Gamecube remake.

Many have gone on to credit Resident Evil as the reason for zombies being popular again in the early 2000s and for the inspiration behind films like 28 Days Later and Shaun of the Dead.

If you thought zombies were scary, then you’ll find Lickers to be absolutely terrifying, which they are. Although the first Resident Evil game was home to more than just zombies, Lickers were a whole new can of worms.

Just like the first zombie from Resident Evil 1, Lickers also get an introductory cutscene right after you find someone who has had their head twisted off. Perhaps the worst part about them is that they look nothing like a human, unlike zombies.

Lickers are these strange creatures who walk on all fours and on ceilings and walls. Instead of a regular head, their brain is protruding outwards, giving this gross, mushy-like texture to their body.

When Resident Evil 2 remake came out, a Licker scared me so bad I actually had to pause the game and calm myself down, forever cementing that moment in my life as one of the scariest things I’ve seen in a video game.

The start of Resident Evil 4 is iconic in so many ways. You get to see Leon in improved graphics, you’re introduced to the over-the-shoulder style of gameplay, and who could forget the opening sequence of fighting an entire village of people? A big departure in this series entry is that you don’t fight a horde of zombies, but mostly deranged villagers.

Things got truly wild when one of the villagers (who wears a bag on his head) comes at you with the noisiest chainsaw ever.

If you don’t manage to stop him before he gets within melee range of Leon, you get to see the horror of Leon literally get his head sewn off. If this isn’t the best opening to a horror video game, I don’t know what is.

The thing about early voice acting in video games is that it’s… really bad. The first Resident Evil game is absolutely no exception, with many of its lines becoming memes within the community and the whole internet.

Perhaps the most famous is the “You were almost a Jill-sandwich” line delivered from Barry Burton in the Jill playthrough of the first game. It comes after Jill almost gets squashed in a room where the ceiling is falling, and Barry saves her.

Not only is the line extremely cheesy, but it’s delivered in the most monotone, emotionless way possible. The line was updated when the remake came out, but it’s still silly, and was even referenced in Resident Evil Revelations 2.

Raccoon city is the most important setting in the Resident Evil franchise, with a majority of its game taking place in or around the city. Resident Evil 2 shows just how late Leon is to the party when it comes to helping anyone in the city, but Resident Evil 3 takes it a step further.

Since a majority of the game takes place on the actual streets of Raccoon City, you get to see how truly lost the city was. All of this culminates in the city being destroyed by a missile to stop the spread of the virus.

It’s an event that is constantly referenced in future games to which the repercussions are still felt to this day within the series.

I’ll Give You STARS – Resident Evil 3

What do you do with a hulking tyrant who only talks about how much he wants to kill the STARS team? Well, you give him exactly what he wants, a face full of STARS.

After being chased the entire game of Resident Evil 3, you can see why Jill might be a little sick of Nemesis and his constant pursuit of her and her fellow STARS members.

It was really satisfying to finally stick it to an enemy that has been terrorizing you all game, and although this moment in the original isn’t quite as badass, the scene in the remake is definitely iconic.

Horror games aren’t always about jump scares, terrifying monsters and big, creepy mansions. Sometimes its the more subtle aspects of horror that really help set the atmosphere and lore of the franchise.

The way Resident Evil often does this is the use of journals and notes written by NPC’s that detail events prior to the game. The first Resident Evil game perhaps has the best instance of this, with the keeper’s diary.

The diary recounts a personal undergoing of what it’s like to get the T-Virus, with the author constantly talking about how itchy he is. The keeper slowly succumbs to madness and hunger as you get an inside look at what it was like to live in the Spencer Mansion before the events of the game.

The final two words are only “Itchy, tasty” which have been ingrained in the memory of every Resident Evil fan.

Although Capcom seems to be focusing a lot more on the main titles of Resident Evil these days, Code: Veronica is still a great game worthy of being played and earning a spot on this list.

Claire Redfield desperately searches for her brother Chris before eventually being captured and imprisoned on an island. Partway through the game, Chris makes his surprising debut to save Claire with quite the badass intro.

Considering most of the Resident Evil games aren’t filled with many “save the day” sequences like typical action movies, it was pretty cool to see it in this one instance. It’s also not very often that we get to see Claire and Chris in the same game together, so it was quite the iconic moment for them both.

It had been a long time since fans were introduced to a new Resident Evil protagonist since every mainline game has featured returning characters. Enter Ethan Winters, just an ordinary man looking for his wife.

You take your first steps into the Baker estate, a mid-western mansion that is pretty much the opposite of the Spencer estate from the first game. Everything is run down or just plain disgusting and instead of it looking like someone just left yesterday, the Baker home looks like no one has left there in years.

The crescendo of the opening is when you finally find your wife, Mia, and soon discover that not only will escaping be difficult, but Mia is definitely not the girl you knew three years prior to the game. Seeing your wife crawl on all fours up a flight of stairs and then lunge at you will make you literally jump out of your seat.

What then ensues is a one on one brawl between you and your wife, and the only thing you have to defend yourself is a hatchet. You really get to see how gruesome this game will be when you bury the hatchet in your wife’s neck after she shoves a knife through your hand.

Once you think it’s all over, Mia leaps straight out of being dead and attacks you once again, in possibly one of the best jump-scares in the game. Thanks to the first-person perspective, you get to see how detailed and grotesque the character models can be in this game.

With limited lighting and peripheral vision, mixed with one of the creepiest settings in a horror game, this is one of, if not the best intro to a Resident Evil game.

There has been a great debate on whether or not future Resident Evil games should be over-the-shoulder, or stay with the first-person perspective, and I think Resident Evil 7 does a great job of showing how this works, especially in the first few moments of the game.

Resident Evil games are no stranger to multiple or hidden endings. Depending on your choices or who you save, some games have many endings. Resident Evil 2 doesn’t have multiple, but it does have a secret ending, which requires you to do a second run of the game.

What’s so special about this ending? Well, there is a whole other boss fight where you discover that William Birken still isn’t dead, and has come to kill you once again. Although it’s quite an easy fight, getting hit once means instant death.

After you finally kill Birkin, you get to see a much better ending (compared to just Leon and Claire riding away on a train), where Leon, Claire, and Sherry walk into the morning sun, talking about what a crazy first date they’d just been on.

As usual, the game alludes to the fact that the horror isn’t over, as it is a Resident Evil game after all. But it’s nice to be rewarded with a whole new ending for playing the game more than once.