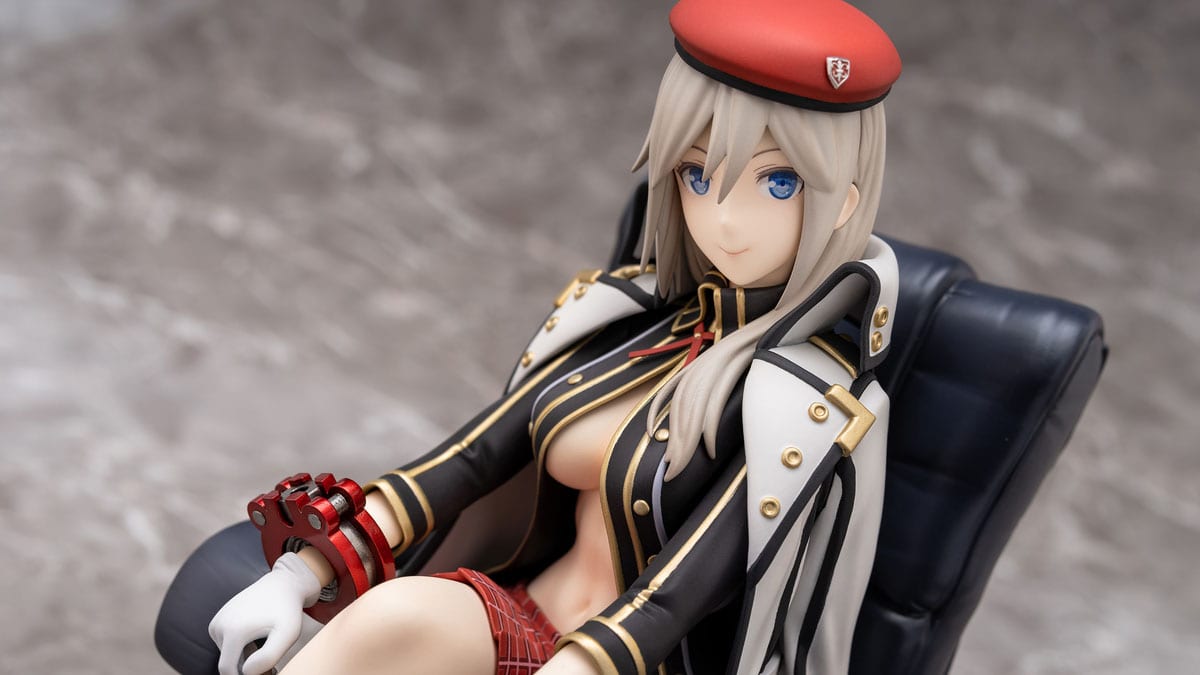 The version of the popular character from God Eater Burst and God Eater 2 comes from the mobile game God Eater Resonant Ops, in which Alisa is acting director of the Far East Branch.

The figure has been made available for pre-order today on Plum’s own web shop priced at 17,600 yen including texes, which translates roughly into $163.

Her scale is 1/7 for approximately 170mm in height due to the sitting position. The release window isn’t so far, July 2020.

If you’d like to see what she looks like, you can enjoy plenty of pictures in the gallery below.

If you’re unfamiliar with God Eater Resonant Ops, it’s a mobile-only version of the God Eater series available in Japan for iOS and Android. Bandai Namco never announced a western release, despite the fact that they’ve been very active as of late in releasing many of their mobile games in English for the North American and European markets.