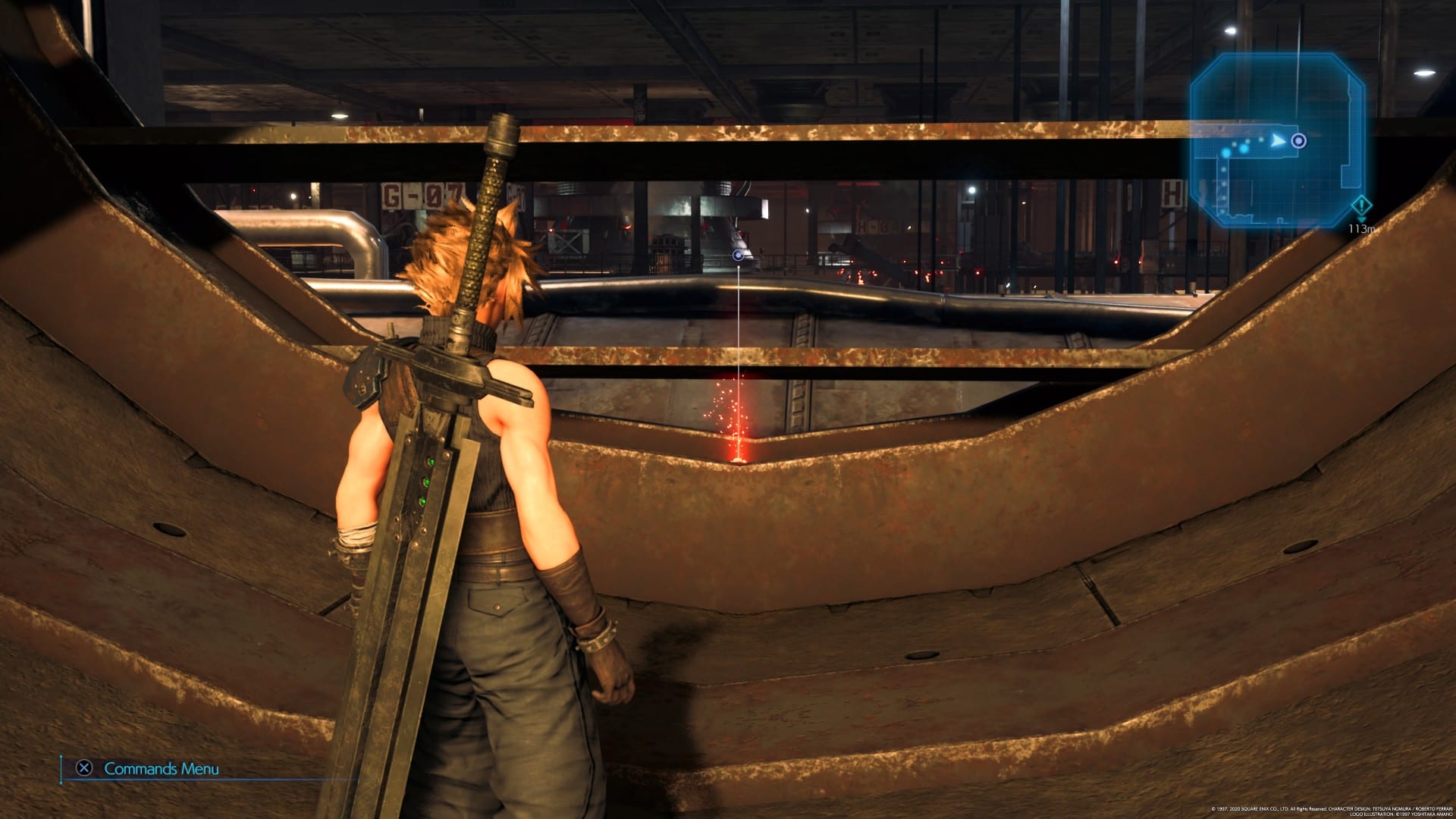 Final Fantasy 7 Remake is pretty linear for the most part. However, there are sections where the game opens up a bit and lets you do a bit of exploring. While turning off the sun lamps in the second Mako reactor bombing mission in Sector 4, you have the ability to go for two out of reach materia if you want. If you’re here, you’re probably wondering how to get the materia behind the fan in Final Fantasy 7 Remake. Here’s what you need to know.

Barret and Tifa will spot the materia behind the fan as you first pass it but don’t worry about it for a while, you can’t get to it. Just progress as normal. In fact, you can get to the collapsed passageway materia first, so you should probably take care of that one too while you’re at. Materia is quite powerful and unique in Final Fantasy 7 Remake, best to get as much as you can.

After turning off the third sun lamp though you’ll be able to reach the materia behind the fan. Return to H01, as the story (and your party) will dictate, but instead of following the main mission marker, once you’re there take the now powered bridge across the gap towards the fan (see the picture below).

From here, the path is very linear and you shouldn’t get lost. However, you’ll eventually come across a combat challenge which will act as your final hurdle to get to the materia behind the fan.

You’ll need to kill a set number of enemies and then interact with a console towards the opposite end of the room in under one minute. You’re allowed to fail and try again so don’t stress it.

In fact, we failed the first time by a few seconds and when we tried again, the challenge was a little bit easier. We’re not sure if it’s random or if that’s by design, but in any event just keep trying until you get it.

Once you’ve done it, you’ll open up the path that will allow you to get to the materia behind the fan and claim the Chocobo and Moogle summon materia!