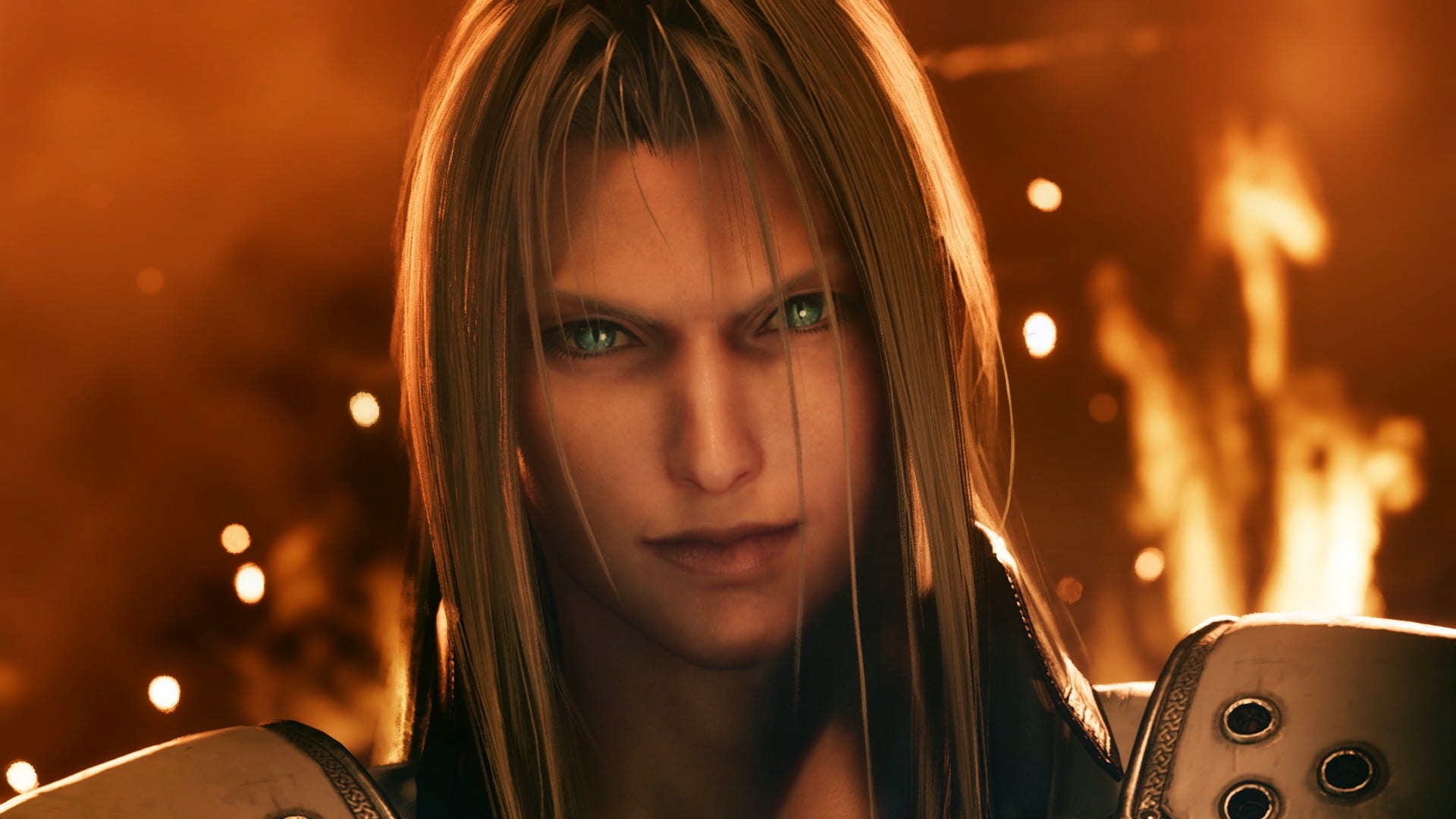 This is it, the final showdown in the first part of Final Fantasy 7 Remake. You’ll be going up against none other than Sephiroth, the biggest threat to the planet. There’s a lot to go over here so let’s not waste any time and just get right to it. Here are our tips and tricks for how to beat Sephiroth in Final Fantasy 7 Remake.

How to Beat Sephiroth in Final Fantasy 7 Remake

The first phase versus Sephiroth is fairly straightforward but can be tricky until you learn the pattern. Plus you’re on your own with Cloud, leaving you little wiggle room to fix mistakes.

I highly suggest buffing with Regen, Haste, and/or Barrier before getting too into the weeds with Sephiroth just to give yourself as much of a buffer in case you make a couple of mistakes in a row so you don’t die.

Start by blocking his Telluric Fury attack and then evade/dodge his Aeolian Onslaught attack when it jumps in the air. Then, very quickly recover and follow up with two or three swings from Cloud and that will raise his pressure bar.

Braver is a good attack to use throughout this fight when Sephiroth starts to cast a -ga spell such as Firaga as it will do damage to him and also interrupt his spell but you have to be pretty much instant with your reaction. In other words, you see Sephiroth start to cast, instantly trigger Braver. If you aren’t quick with it, it’s not worth it because Sephiroth will finish casting before you can land your shot and you’ll just waste ATB and get damaged. If you’re too slow, block it instead.

When/if you Stagger, simply drill him with Braver a couple of times. Repeat this process until you’ve done enough damage to trigger the next phase.

In the next phase Aerith joins in which will help you a ton as Sephiroth is more or less the same but adds a few new tricks. He can now do a powerful AoE called Hell’s Gate which can be dodge by moving out of the effected zone if you’re quick to react. He can also fling some ranged attacks at you now which you can and should block.

Otherwise, it’s business as usual and do the same thing you did in the first phase; except now, you have Aerith to help out. If everyone is good on HP, have Aerith use Ray of Judgment as that hits Sephiroth very hard from a safe distance.

In general though try to stick with Cloud as he has an easier time absorbing Sephiroth’s powerful attacks.

When you bring Sephiroth to half HP, the next phase will kick in.

In phase 3 Sephiroth will begin to use elemental-fused attacks in addition to the spells and will more liberally cast -aga spells and the window to damage and interrupt will be smaller.

This is arguably the toughest phase of the fight but you will have Tifa now to assist as well. The best strategy is to frequently switch characters, charge up the ATB and use special attacks from Tactical Mode.

Whenever you switch party members, Sephiroth will divert his attention to whoever you are using after a few seconds. Use that window while Sephiroth is still on someone else and making his way over to whoever you’re controlling to build up the ATB and get a few good shots in while continuing to dodge and block his attacks.

The goal is still the same: to apply enough damage to stagger him, and then let loose with attacks. Now that you have Tifa, keep her alive so she can apply a full Rise and Fall combo on Sephiroth to really amp up the damage from Cloud’s Bravers, Aerith’s Ray of Judgment and of course any Limit Breaks you have. You’ll also have the opportunity to summon from this point on but you might want to save it for the last phase if you can.

Sephiroth from this point on will occasionally Octoslash someone which will kill pretty much anyone that is not at, or very close to full health. So try to keep everyone topped off as much as possbile. Remember this is it, use up all those Potions, Ethers, Bombs etc. that you’ve kept hanging around.

When Sephiroth’s HP reaches around 10-15%, the final phase will begin.

In this final phase you will need to burn Sephiroth down as quickly as possible. He will begin counting down from ten to zero. I’ll be honest, I don’t know what happens when he gets to zero but I’m pretty sure it’s bad and will probably kill you.

Go all out with damage: limit breaks, summon attacks, everything you got while still guarding and blocking as much as you can. This will be a struggle but you can get through it if you keep at least one person sitting on their ATB charges to quickly use Cure, Phoenix Downs, etc. on anyone that eats too much of Sephiroth’s attacks that you can’t dodge.

This is especially important because he adds one new trick: Heartless Angel, which will bring everyone that gets hit by it to 1 HP. You need to rapdily get their HP back up (Mega Potions are good here), before they get hit with anything again and die. Fortunately, Sephiroth does telegraph Heartless Angel longer than most of his other attacks at this point, just try and quickly get whoever is in its area effect out before it goes off.

One important thing to note that it is possible that you might not get Aerith and Tifa in that order during this fight. For instance, in a separate playthrough, we had Tifa join during the second phase, with Barret joining during the third, and Aerith never showed up at all. Still, the general strategy should remain the same as long as you’re making use of healing items, and have Healing Materia on at least a couple of your members.

If you can take down all of Sephiroth’s HP before he finishes doing the longest count from ten ever, you will have officially beaten Final Fantasy 7 Remake. Congrats and enjoy the final cutscenes!