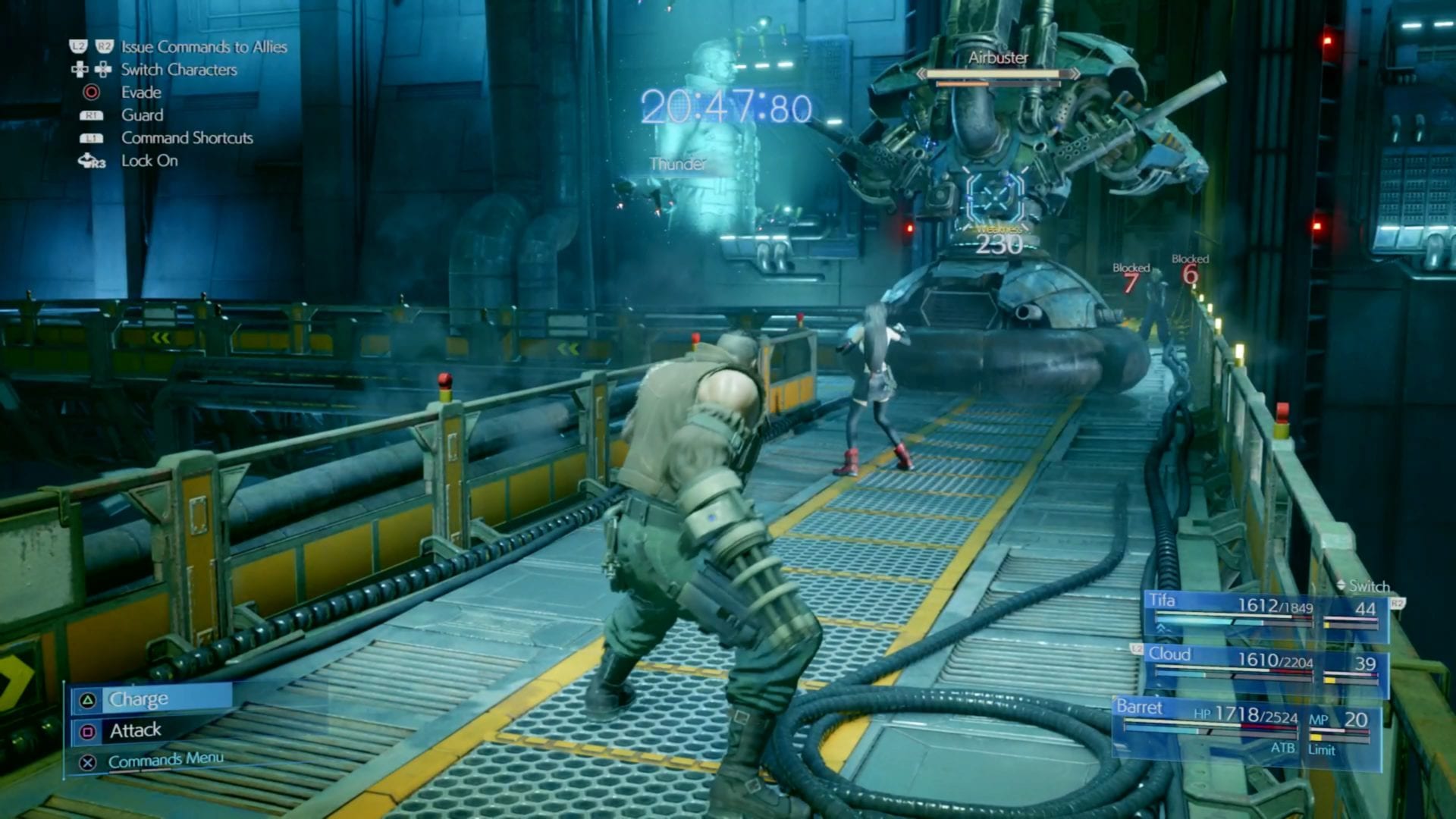 The Airbuster fight in Final Fantasy 7 Remake can be tricky. The plot up until that point certainly does a good job of freaking you out. Heidegger hypes it up, Cloud says that the best strategy is to just run, and you spend 15 minutes or so finding ways to weaken it so it doesn’t steamroll you. Still, it’s not too bad of a boss battle. Here’s our guide for how to beat the Airbuster in Final Fantasy 7 Remake.

How to Beat the Airbuster in Final Fantasy 7 Remake

The key for this fight is Lightning materia. You want Cloud, Tifa, and Barret all equipped with it if you can, if not prioritize Cloud and Tifa first as Barret at least has means to hit from a distance. And, if you picked up the Elemental materia, equip that on someone too. I’d suggest Tifa personally, but Cloud or Barret works fine as well.

Thunder attacks will pressure and eventually stagger the Airbuster and will allow you to set up a devastating Rise and Fall combo with Tifa that Cloud and Barret can exploit with Braver and Focused Shot.

Also, as far as other pre-fight preparation goes, when it comes to the keycards you’ve been collecting prior to the fight, we suggest just removing as many AI Programming Cores and Big Bomber Shells as possible unless you’re really strapped for stuff like Ether, as the M-Units don’t help you in battle.

For most of this fight you’ll be in the trenches with the Airbuster trying to get as many hits in while “dancing” to avoid its range of attacks.

It will telegraph its major attacks that can kill or severely hurt you, just make sure to move to the appropriate place on the Catwalk. If Airbuster charges up its laser down the middle walkway, go to the sides. If there are bombs all across the horizontal walkway, go to the middle, etc.

The Airbuster will throw a lot at you over the course of this fight, but I found it’s easy to abuse the AI a bit and switch characters after you land a few shots to shift its attention and to keep Airbuster on its toes in order spread the damage around a little.

If things get too difficult to dodge as Tifa and Cloud, try to stay on Barret for most of the fight instead, as he has an easier time staying at a range in Final Fantasy 7 Remake.

When the Airbuster goes to the sky, make sure you switch to Barret, and let Tifa/Cloud pelt it with Thunder spells instead.

As long as you continue to work in Thunder attacks, summon Ifrit as soon as you’re able, and hit it hard with Rise and Fall, Dive Kick, Braver, Focused Shot and Limit Break attacks when you eventually do stagger Airbuster, you shouldn’t have a hard time with this boss battle at all unless you’re going out there and trying to just eat all of its attacks.