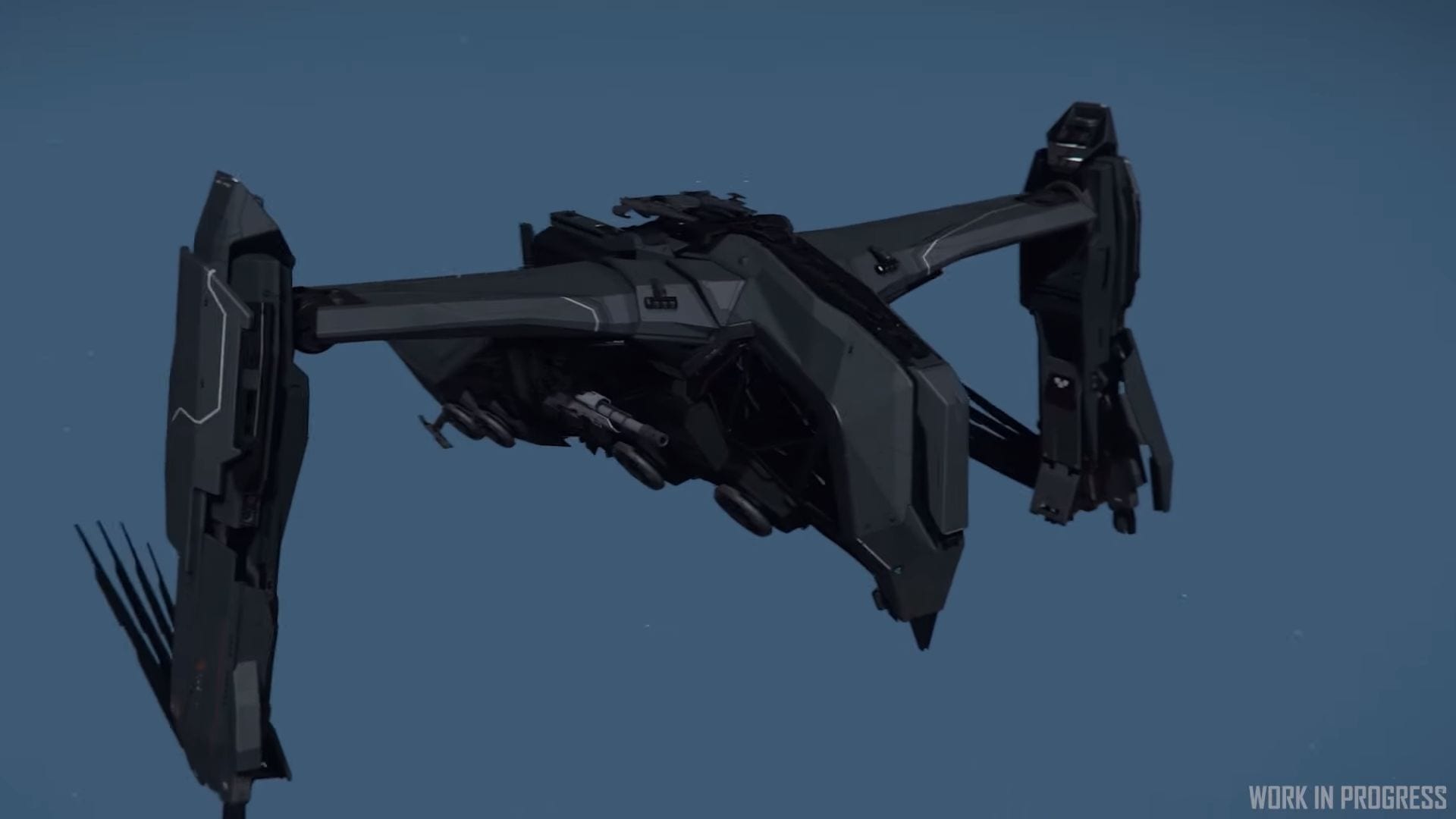 First and foremost (even if it’s actually later in the video), we get to take a look at the Esperia Prowler, built upon an alien dropship originally created by the Tevarin race.

If you’re unfamiliar with it, below you can read an official description.

“Named after the UPE military designation, the Prowler is a modernized version of the infamous Tevarin armored personnel carrier. Esperia’s astroengineers were given unmitigated access to study original versions of the ship recently discovered in the Kabal system to help meticulously reconstruct the vehicle.

Now, the Prowler is the perfect fusion of two cultures: the elegance and effectiveness of the Tevarin war machine combined with the reliability of modern Human technology.”

On top of the Prowler, we also take a look at the mining consumables that can be purchased in stores across the universe (the same where you can buy mining equipment) and used while you’re out hunting for rocks to alter the mining parameters.

In other Star Citizen news, the crowdfunding total has passed $272 million, and it’s already close to 273.