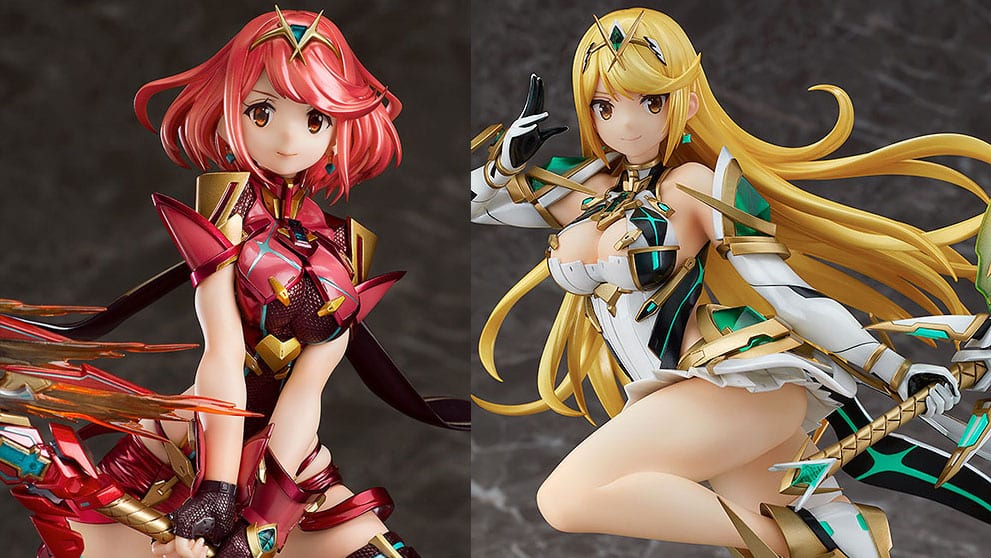 Two among the most beloved figures of the past few years portrayed Pyra and Mythra from Xenoblade Chronicles 2. Unfortunately, they quickly sold out.

Luckily, Good Smile Company is bringing both figures back with a second release with is likely to make many fans who missed the first rather happy.

Both Pyra and Mythra are now available for pre-order on AmiAmi costing 20,166 yen each. That roughly translates into $188.

This second release will come in December 2020 for both figures.

“A highly detailed figure of the legendary Blade!

From the Nintendo Switch game “Xenoblade Chronicles 2″ comes a 1/7th scale figure of the legendary blade known as the Aegis – Pyra! The highly detailed design by character designer Masatsugu Saito has been faithfully converted into figure form for fans to enjoy by their side! Pyra’s powerful yet beautiful appearance together with her dynamic pose and the careful differences in texture on her design have been captured in intricate detail – be sure to add her to your collection!”

Below you can also check out a bunch of images for both.

If you’re not familiar with Xenoblade Chronicles 2, you can enjoy our review. The game is available exclusively for Nintendo Switch.