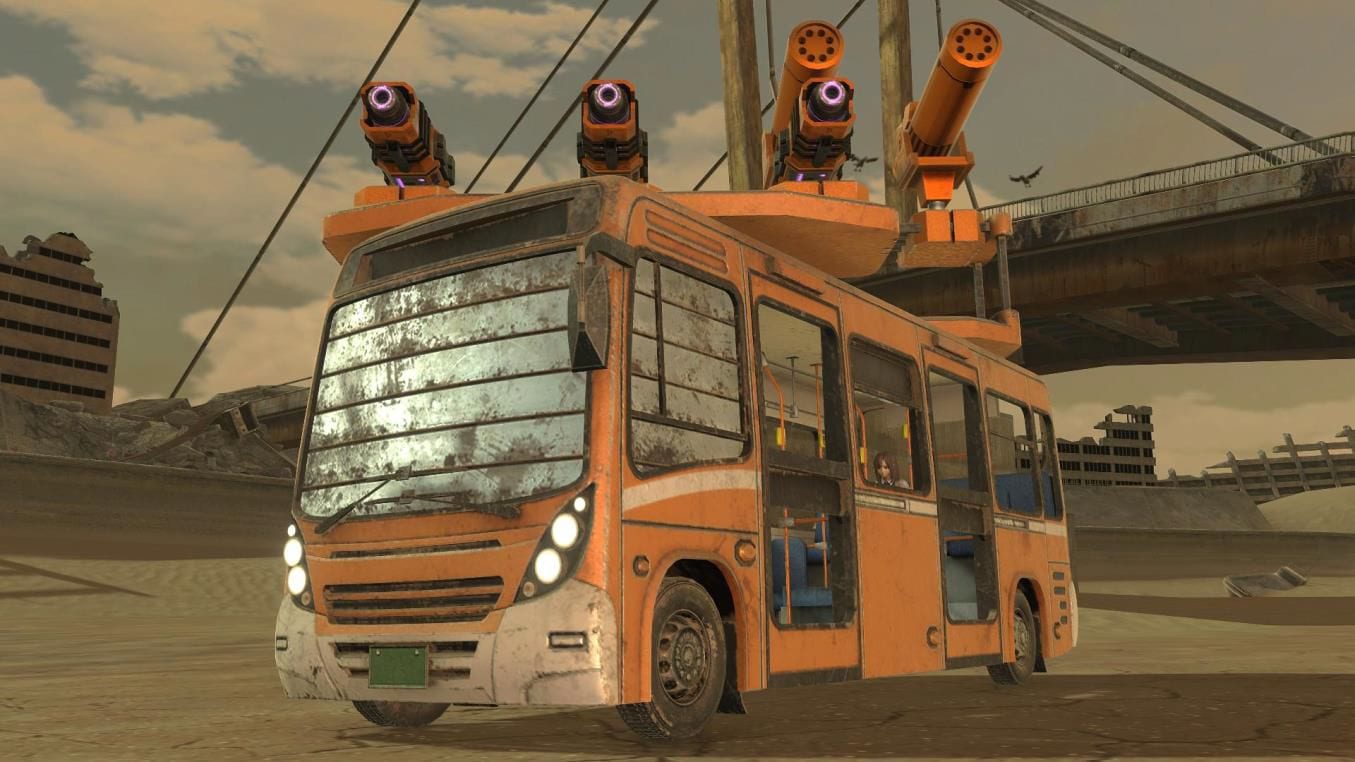 We get to take a look at some vehicles, including the initial tank “Type-10 Kai,” which features excellent balance. It equips a powerful gun and can add a machine gun and secondary equipment according to the opponent to be defeated.

The “Monster Buggy” is a fast and agile vehicle that comes with machine guns sporting unlimited ammo. It can be used to explore for a long time while preserving ammo from the more powerful weapons that have limited bullets.

Next is the “Field Bus” that comes with frontal armor suitable for the devastated world and is a unique feature not found in other vehicles.

It can deliver devastating attacks thanks to its two turrets and it can slice the darkness with its powerful headlights. It drives like a heavy truck.

We also see a kind of enemy called “Zamza” located in the Spider Gully. There you can also find weakened survivors. It’s up to you whether to rescue or forsake them.

Lastly, we take a look at the completely redesigned Iron Base. You can even choose your favorite music in the bar’s jukebox.

If you want to learn more about Metal Max Xeno Reborn, you can check out the original announcement, the first trailer, the most recent batch of screenshots, the one released before, and some recent videos.

A sequel titled Metal Max Xeno Reborn 2 (of which you can check out the first artwork) is also coming on the same platforms, while a reboot of the series titled Code Zero is coming down the line still doesn’t have a release window of platforms.