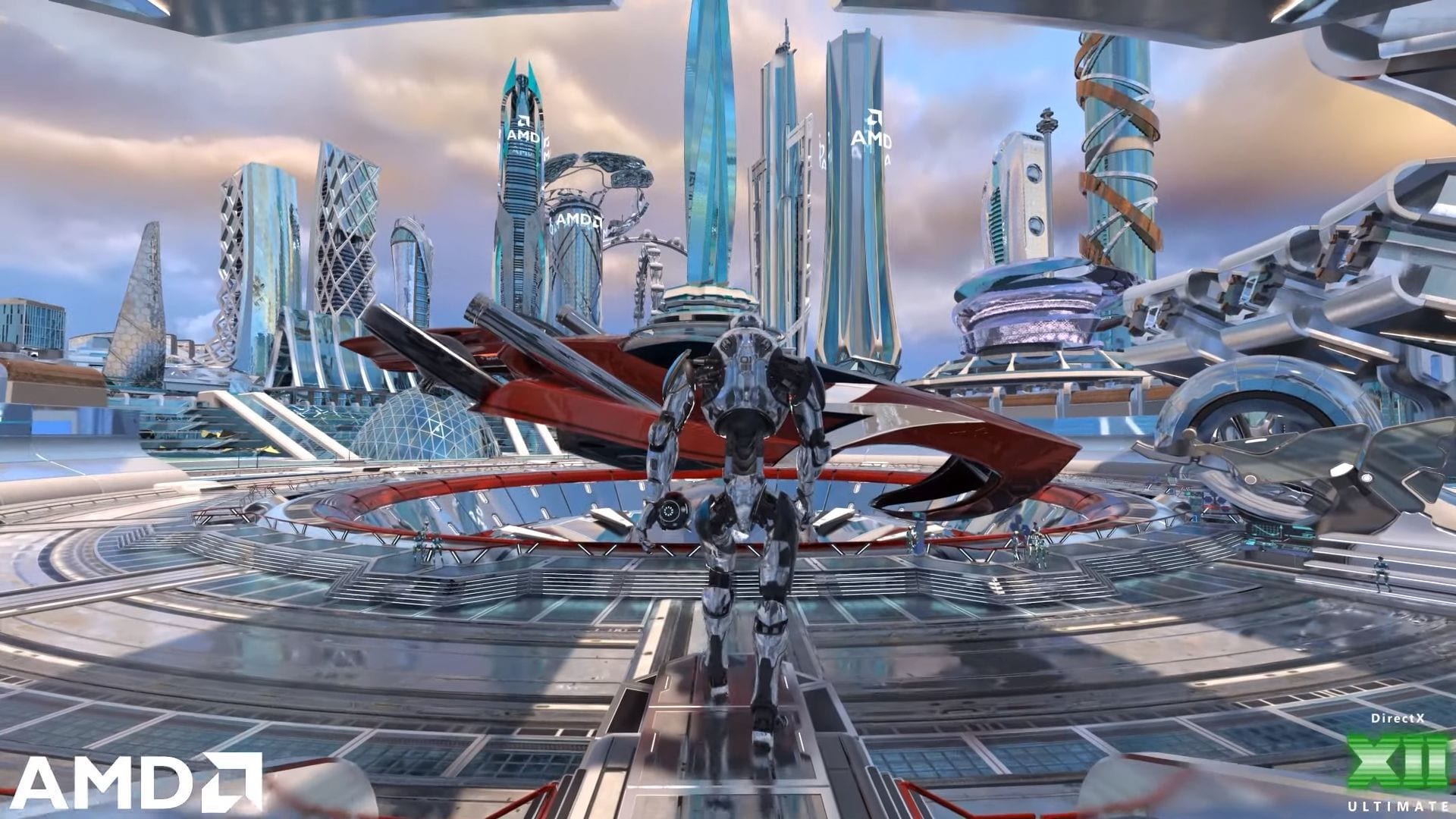 It’s worth mentioning that you’ll be guaranteed support for all these features when purchasing a new PC graphics card only if you find the DX12 Ultimate logo on the box.

Below you can see videos from both AMD and Nvidia about the new features.

Here’s how Microsoft describes the update.

Microsoft’s Game Stack exists to bring developers the tools they need to create bold, immersive game experiences, and DX12 Ultimate is the ideal tool to amplify gaming graphics. DX12 Ultimate is the result of continual investment in the DirectX 12 platform made over the last five years to ensure that Xbox and Windows 10 remain at the very pinnacle of graphics technology. To further empower game developers to create games with stunning visuals, we enhanced features that are already beginning to transform gaming such as DirectX Raytracing and Variable Rate Shading, and have added new major features such as Mesh Shaders and Sampler Feedback.

Together, these features represent many years of innovation from Microsoft and our partners in the hardware industry. DX12 Ultimate brings them all together in one common bundle, providing developers with a single key to unlock next generation graphics on PC and Xbox Series X.

Of course, even the most powerful features are of limited use without the tools necessary to fully exploit them, so we are pleased to announce that our industry-leading PIX graphics optimization tool and our open-source HLSL compiler will provide game developers with the ability to squeeze every last drop of performance out of an entire ecosystem of DX12 Ultimate hardware.

DirectX12 Ultimate is fundamentally an additive initiative that provides gamers with assurance that their hardware meets the highest bar for feature support in next-generation games.

The PC ecosystem encompasses a broad variety of hardware and DX12 Ultimate makes that ecosystem strictly better with no adverse effect on hardware which does not support DX12 Ultimate!

As any gamer would attest, there are few higher virtues than the appreciation of a well-crafted and beautiful game. DX12 Ultimate creates unprecedented opportunities for the entire gaming ecosystem, creating a self-reinforcing virtuous cycle that results in better gaming experiences!

The cycle below describes the general graphics improvement process in games that has occurred for many years. As new hardware (or a new console generation) slowly reaches market saturation, the number of addressable sockets with next-generation capable graphics features increases. As the number of sockets with these features increases, the number of game studios willing to adopt the new features likewise increases, until finally, market saturation of hardware occurs, and most game studios adopt the features.

Prior to DX12 Ultimate, there was limited overlap between these two cycles. Even when hardware was similar, the software interfaces were quite dissimilar, discouraging aligned adoption by developers.

By unifying the graphics platform across PC and Xbox Series X, DX12 Ultimate serves as a force multiplier for the entire gaming ecosystem. No longer do the cycles operate independently! Instead, they now combine synergistically: when Xbox Series X releases, there will already be many millions of DX12 Ultimate PC graphics cards in the world with the same feature set, catalyzing a rapid adoption of new features, and when Xbox Series X brings a wave of new console gamers, PC will likewise benefit from this vast surge of new DX12 Ultimate capable hardware!

The result? An adrenaline shot to new feature adoption, groundbreaking graphics in the hands of gamers more quickly than ever before!