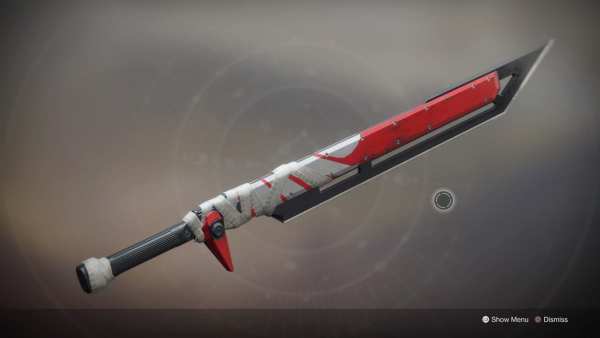 Swords have undergone a major rework as of Destiny 2’s Season of the Worthy which went live on March 10, 2020. While in some ways they do operate similarly how they did before, there are a few important changes that players should be aware of. Here’s how to use Swords in Destiny 2 as of Season of the Worthy.

As we mentioned above, Swords in Destiny 2. underwent a rework as of Season of the Worthy. Let’s briefly go over these changes before explaining how to actually use Swords and take advantage of these new perks.

The biggest change is that guarding no longer consumes ammo and instead eats away at a new energy bar. This effectively gives everyone the same perk that the Titan exotic gauntlets, Stronghold, gave.

The new energy bar can be found on your ability panel on the bottom left next to your class ability marked with a Sword icon when you have one equipped.

When you run out of energy, your guard will break and you’ll need to let your energy bar recharge before you can guard again.

Swords now have three stats that effect how well your guard works: Resistance (damage reduction), Efficiency (amount of energy needed to Block), and Endurance (how long you can maintain your guard). Each of the different sword frames will have different stats and perks that effect these categories. This means you should pay a bit more attention to what kind of sword you’re using and what perks it has if you weren’t before. When you use Stronghold now, all these stats are maxed out.

So in general, unless you need to take advantage of the AoE damage of some heavy sword attacks, you’re better off chaining light and heavy attacks as your energy bar dictates.

Outside of these new changes, it’s not too much different than before. Light and heavy attacks will still drain ammo and you need ammo to do stuff with your sword.

The most important thing to remember, especially to all you non-Titans, is that you can guard as much as you want now within reason. This opens a new gameplay style of closing in on an enemy more safely with a sword and firing off some powerful strikes in an ammo efficient way.

Swords have great single target DPS if you’re not get booped across the battlefield, so definitely give them a try after their new Season of Worthy rework.

If you’re looking for the best swords to use in Destiny 2, we have a whole bunch of recommendations for you.

Related Posts
Comments
Continue Reading
Related Topics:Destiny 2, how to use swords, season of the worthy