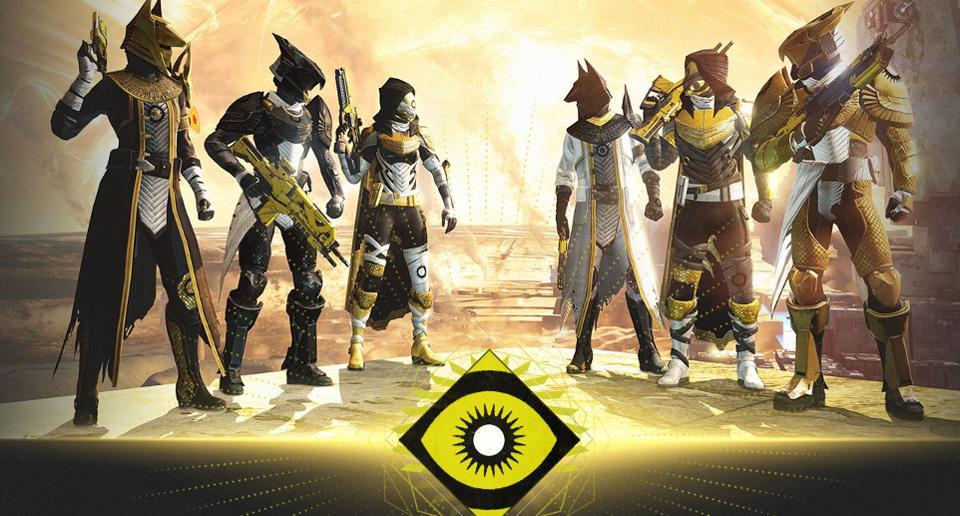 Destiny 2’s Season of Dawn is starting to wind down. It has felt like it has gone on forever but there are only a few things left on the roadmap (that we know of at least). We’re currently knee-deep in the process of donating to the Empyrean Foundation and also on top of that we’ll get a short Tower event with Crimson Days and that will just about wrap things up before Season 10, currently rumored to be Season of the Worthy, which begins on March 10.

Until Bungie does a reveal stream, your guess is as good as ours as there are only small bits of confirmed information out there. But the thought of Trials returning has hardcore PvP and Destiny 2 fans, in general, caught up in a frenzy of anticipation of what’s coming next for Season 10.

So until Bungie tells us what’s going on, why don’t we run down what we know so far about “Season of the Worthy” and put together all the facts we could find and mix it with some educated guesses on our part.

If you don’t like spoilers or want to wait until the official reveal, this is your warning to leave.

Season of the Worthy & Trials of Osiris Leak

The datamined “leak” of Season 10 and what we believe to be called Season of the Worthy (based on that leak) is the biggest source of juicy information right now about what’s to come in Destiny 2 after Season of Dawn.

Players last week started accidentally receiving mission screens for a “Worthy” mission that tasked players with rekindling The Lighthouse on Mercury to usher in a new age of Guardians.

Obviously that language heavily hints towards the return of Trials of Osiris, and when combined with the Osiris flags in the Hangar, the addition of Elimination into the Crucible playlist, the trials cards, and placeholders that some players experienced, hardcore PvP fans have a lot of reasons to be excited.

If Trials of Osiris doesn’t come back for next season then this entire process would just end up being a very cruel tease. To Bungie’s credit though, they have been trying to keep Trials as guarded and close to the chest as possible, they just aren’t doing a very stellar job at hiding their tracks.

I believe the reason that it’s all hush though is because it’s going to be one of the, if not the primary focus of Destiny 2 Season 10, AKA Season of the Worthy, and they want to wait until Season of Dawn has run its course before revealing that bombshell.

Paul Tassi of Forbes and many Destiny 2 fans have speculated that the Empyrean Foundation community event is all about rebuilding The Lighthouse and kicking off Trials of Osiris, and that appears to be the direction that things are heading.

Combine all of the above with the whole season of gathering feedback on the Elimination game mode and the increased commitment to cracking down on cheating (a major problem with Trials in the past), it would be a major shock of Trials of Osiris wasn’t back in time for Season 10.

Hopefully, it will come with an overhaul to the Crucible’s reward structure in general.

Starting last week, Bungie began rolling out their planned weapon sandbox changes that will be coming along with next season. They came in very hot with a massive overhaul to Swords that are going to make them feel like an entirely new weapon essentially. Let’s quickly give you the gist.

Swords will have their own special energy that will replace your melee when you equip it which will deplete as you use actions and recharge over time. Swords will still have ammo though, and the energy will be connected to the power of your attacks and the effectiveness of your guard.

Guard will be able to be held indefinitely, like when Titans use the Stronghold exotic gauntlets, but different sword guards will have pros and cons over others.

The light attack combo will infinitely loop as you hit and all attacks are going to cleave, not just Aggressive Frame swords. Heavy attacks will consume the sword energy and the higher your energy, the stronger the attack. Finally, all sword attacks will partially bypass elemental shields as a way to give swords a niche over other close combat weapons such as shotguns.

That’s a whole lot of changes and it will be fascinating to see if this shakes up the PvE or PvP metas at all. Bungie has stated though that this is just the first of more sandbox changes that will be teased out between now and Destiny 2 Season 10 AKA Season of the Worthy.

These sandbox changes will include not only weapon changes, but subclass and abilities changes too across both PvP and PvE.

It’s safe to expect that their focus will be on weapons and abilities that they feel will play a major part in what they have planned for Season 10. I’d bet on a new sword exotic to be added next season along and it also possibly being one of the featured weapons to carry mods for 980+ content in PvE. While it would be very Bungie to put this cool change in and then discourage us from using swords in the hardest of content, I’ll give them the benefit of the doubt this time.

I also expect anything and everything that could be a major problem for PvP aka Trials of Osiris, such as One-Eyed Mask, Contraverse Hold & Handheld Supernova, Doom Fang Pauldron, etc. to be heavily scrutinized before next season rolls out.

Bungie is getting another chance to launch Trials of Osiris amidst a bunch of hype, while Destiny 2 is in the best shape it has ever been in, to a healthy Twitch population dying for some hardcore PvP content to stream. They don’t want to have it mucked up by something like a broken exotic or subclass.

Stay tuned to the TWAB every Thursday to stay ahead of the game on what the sandbox changes are going to be.

After Crimson Days ends on Feb 18 there’s nothing official left on the Roadmap. There will probably be more surprises though that will happen after Feb. 18, and at the very least that’s when you can start to expect to find out more official information about Destiny 2 Season 10 AKA Season of the Worthy (if that’s the name that ends up being official).

So circle your calendar for days and TWAB following Crimson Days, AKA Feb. 19-20, as that’s when I would wager we’ll find out about the Season 10 reveal stream which may finally give us a look at Trials of Osiris, and anything else Bungie has planned for next season. Hopefully a new raid, but we’re not holding our breath on that one.