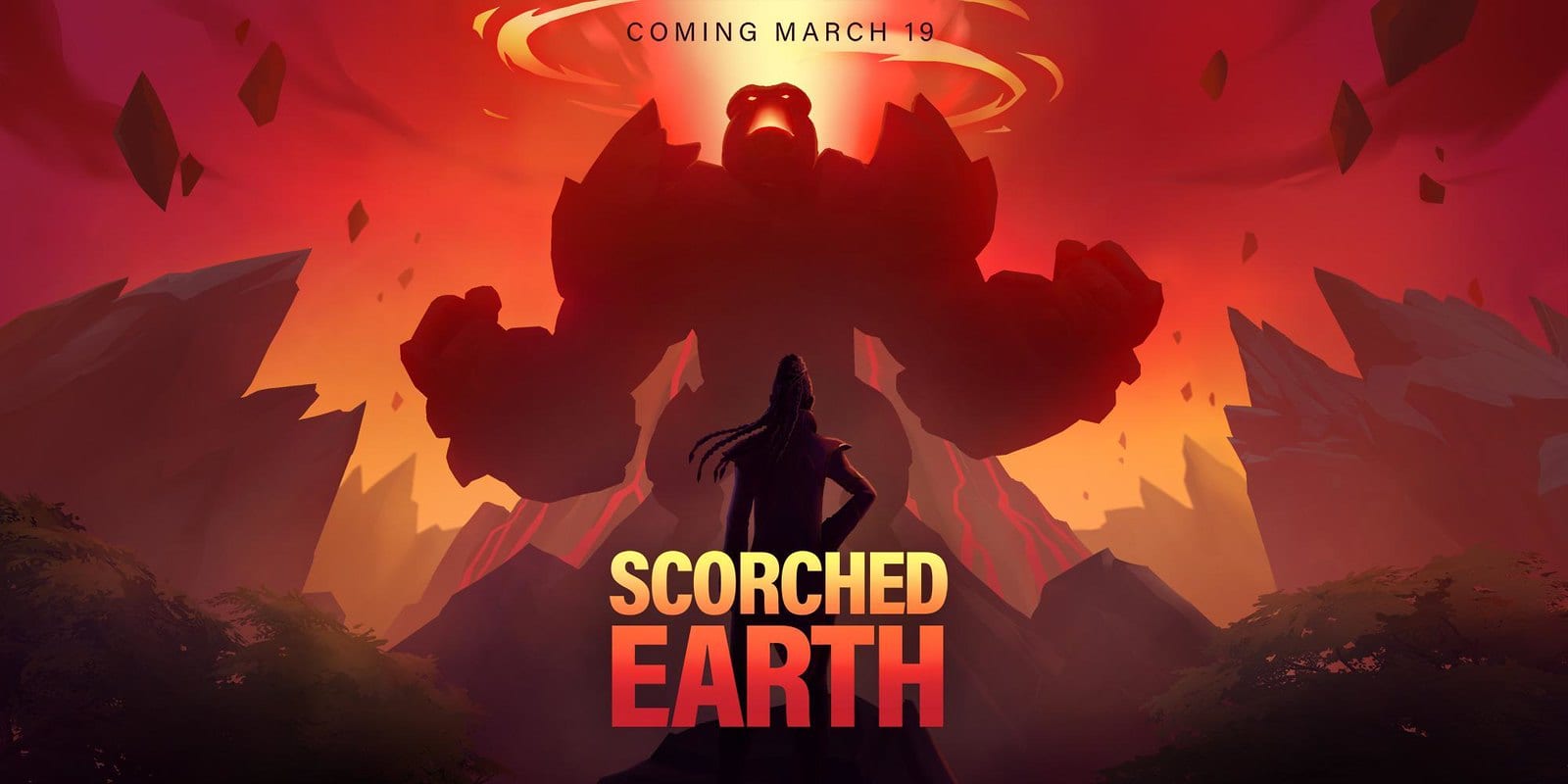 Coming soon to the free-to-play Monster Hunter clone Dauntless is the Scorched Earth content update, which brings with it a whole host of new additions to the game that wants you to show now fear while facing down elemental behemoths.

The patch notes detail the new additions such as the new blaze escalation, new behemoths, and a new Hunt Pass.

Escalations are are a punishing event:

One set of gear. One set of supplies. Five back-to-back Behemoth battles. In this seasonal challenge, your goal is to make it to the top of the Escalation island chain with a high enough Escalation Level to fight the season’s final boss. Legendary rewards await those who succeed – but this won’t be an easy climb.

For the new Blaze Escalation, this season’s final boss will be the Torgadoro, the “biggest behemoth” yet seen in Dauntless.

For anyone just jumping into Dauntless for this new update, the Hunt Pass operates similarly to Battle Passes currently seen in games like Apex Legends and Call of Duty: Modern Warfare, where progress through a tiered system provides free items every tier.

The website for Dauntless also has a page with pictures you can interact with that tease some of the coming changes and inclusions before you see it for yourself.

For those who prefer to simply see a slice of what is coming for themselves, a launch trailer has been released that you may feast your eyes on below:

Dauntless is available free-to-play on PlayStation 4, Xbox One, Nintendo Switch, and the Epic Games Store with cross-play and progression between every platform. The Scorched Earth update will go live on March 19.

Be sure to check back with Twinfinite over the next couple days for new guides for the Scorched Earth update and keep an eye on the guide wiki where all the guides will be collected for any help you might need in the meantime.