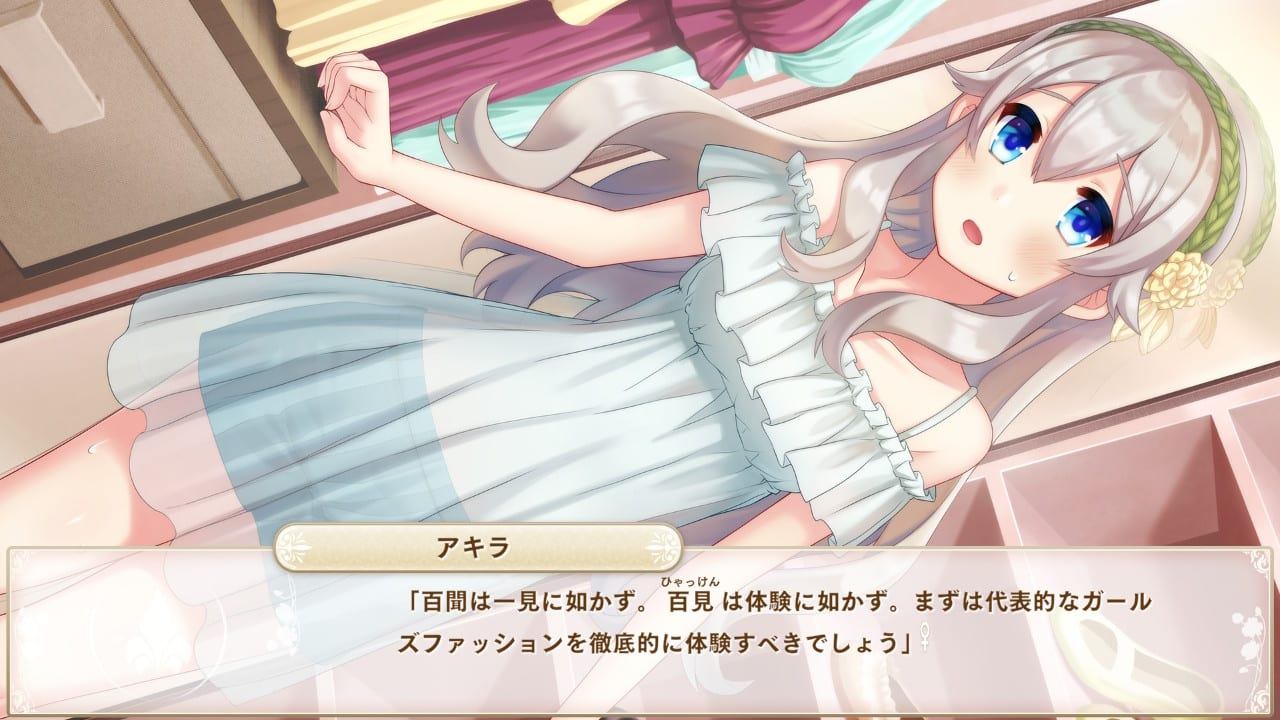 We get to see the Princess Election, in which our hero Minato competes against the princesses of the school in cuteness.

The next set of screenshots showcase the Girl’s Emotion mode. The results are relevant to winning the Princess Election.

If you lose the Princess Election, your Minato’s friend Akira will give you tips on how to win next time.

More screenshots showcase the training you can do to be stronger at the election, which normally involves being cuter.

Lastly, we take a look at the reward for completing the training, which includes taking a look at our hero in various costumes.

You may be confused when I call Minato our “hero” because he is indeed male.

He enrolls in a school in which 99% of the students are female and does so by cross-dressing as a girl himself.

Despite the topic, this is not that kinind of game. Nippon Ichi defines it as a “cross-dressing game for all ages.”

If you want to see more, you can check out the first trailer and key artwork and the second trailer.

Bokuhime Project will be released in Japan for PS4 and Nintendo Switch on April 23, 2020. At the moment, NIS America (which is Nippon Ichi’s western subsidiary and brings most of the developer’s games west) has not announced a western release just yet.