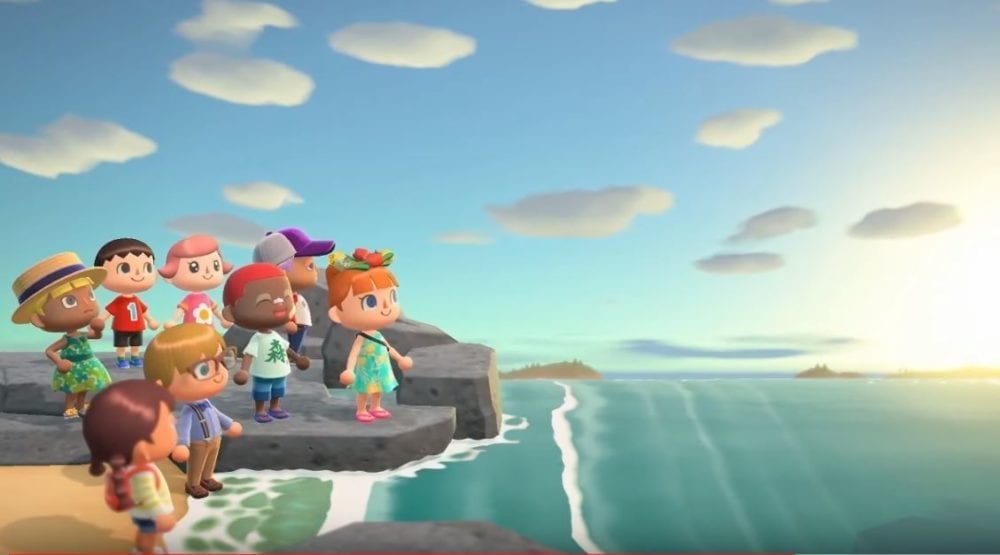 How to Get Gold Nuggets in Animal Crossing New Horizons

As you’d expect, gold nuggets aren’t easy to come by. Getting them requires you to mine stone, clay, or iron with an axe. With each strike, there’s a small chance you’ll chip off a piece of gold hidden inside. But the chances are slim –more often you’ll find Bells, Stone, or Iron Nuggets) and there’s obviously a limited amount of stone, clay, and iron on each island.

How to Chip Rocks With the Axe

To break rocks in Animal Crossing New Horizon you’ll need a stone axe (here’s how to get a stone axe).

The process is simple: just approach a rock and swing your axe by pressing A. Resources will then start chipping off the rock which you can pick up.

Do not break the rock! Breaking rocks is a different process that is used for clearing rocks away from an area you might wish to build on. This requires you to eat fruit for extra strength. Leave your rocks unbroken and instead chip away at them.

Here’s a step-by-step breakdown for a clearer picture of the process:

There’s no hard and fast way to farm gold nuggets, unfortunately. As mentioned before, obviously make sure you don’t go around breaking rocks on each island and instead chip away at them with the stone axe. But even so, you’ll soon run out of rocks to chip and probably get very few gold nuggets in return.

For that reason, you’ll want to invest in Nook Miles Tickets from Tom Nook, which will allow you to travel to multiple islands each day and maximize your efforts (here’s how to get to other islands). The issue with that, of course, is that each ticket costs a considerable amount.

But the pay off you’ll earn from selling gold nuggets is generally worth the coin you might have to spend attempting to farm it. One gold nugget can be sold for 10,000 Bells.

That’s all the information we have on how to get gold nuggets in Animal Crossing New Horizons. For more useful tips and guides on the game, be sure to check out Twinfinite’s extensive guide wiki.