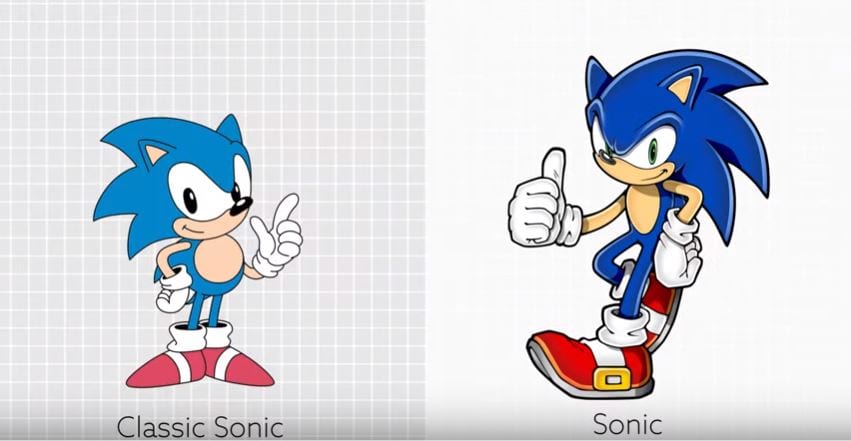 The Sonic the Hedgehog movie has gained traction and popularity around the world in the past week. And with that popularity came new fans, so SEGA decided to send them to school — the School of Sonic, that is.

On the heels of the movie’s success, SEGA released a new video on YouTube Friday about the history of Sonic for new fans of the franchise aptly titled Sonic 101: A Brief History of Sonic the Hedgehog, and who better to give that history lesson than the voice behind the Blue Blur, Roger Craig Smith.

In just under three minutes, Smith gives the rundown on Sonic’s origins on the SEGA Genesis (Mega Drive for fans outside the U.S.) and the plotline of his battle against Dr. Eggman with the help of his friends, as well as his transition from 2D to 3D graphics in the Adventure era.

Smith even made fun of Sonic’s death as a plot device for Sonic ’06 when he talked about what Sonic had been up to since the jump to 3D made him taller, harder, better, faster and stronger, including turning into a Werehog in Unleashed, traveling through time to meet his younger self, and revisiting 2D platforming on more than occasion with Sonic 4, not to mention Sonic Advance 1 through 3 and Sonic Battle on the Game Boy Advance in the early 2000s.

It’s refreshing to note that he did not make Sonic’s 2D and 3D incarnations look as though they’re two different characters as SEGA had done in Generations and Forces. He simply made the 2D and 3D phases of Sonic just that, phases.

The video ends with Smith saying, “Sonic is just getting started.” With nearly 30 years of capturing the hearts of gamers with his outrageous speed and devilishly good looks through his games, comic books, TV shows and now a feature-length film, the future is looking bright for the blue hedgehog.

Whether you’re a hardcore Sonic fan or a newly minted fan, check out the fun video below.