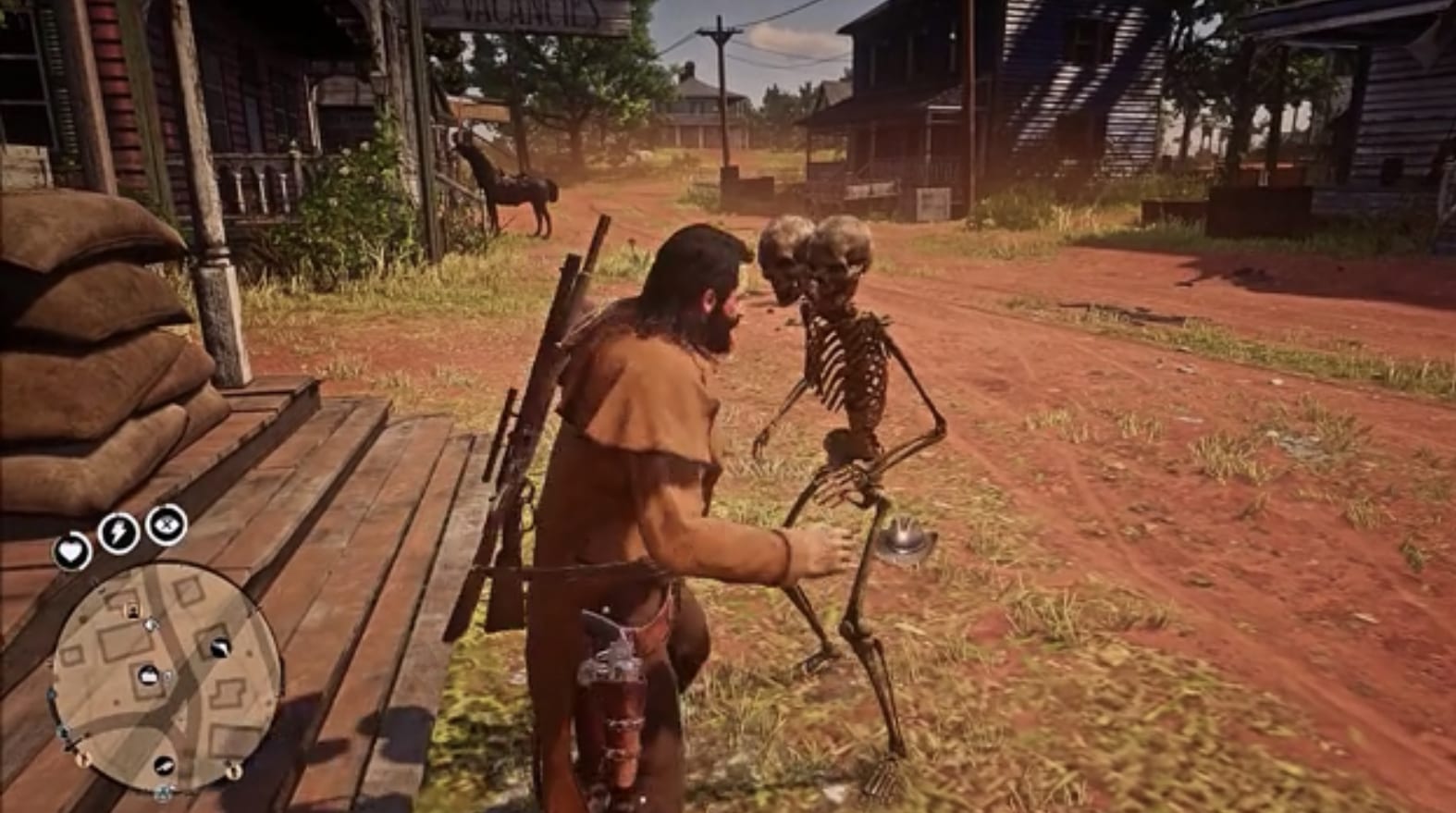 The wild west truly is wild. In this week’s latest Red Dead Online shenanigans, it would appear that some players are getting harassed and attacked by two-headed skeletons, the likes of which have never been spotted in the game before.

These two-headed skeletons are, of course, the result of modders and hackers putting them into the game. They don’t seem to be game-breaking or anything like that, though; these skeletons are just wandering around the world and attacking any players who cross their path.

I got attacked by something I never expected from r/RedDeadOnline

Reddit users have been reporting random sightings of the skeletons in their game, as picked up by the good folks over at VG247 and Eurogamer.

It seems that you can interact with the skeletons just like any other character model; one reddit user also posted a screenshot of them hogtying a skeleton and putting them on the back of their horse.

2headed skeleton ? .. I was watching a dude get eaten by the cougar when all a sudden one of these things ran past me so I hog ties it …. never seen this before, has anyone else and wtf do I do with it from r/RDR2

They don’t shake up the game in any way, but hey, we’re always down for a little bit of spooky action in our Red Dead Online sessions. You can check out our official review of Red Dead Redemption 2 here.