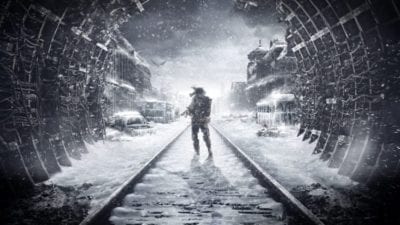 Metro Exodus is heading to Steam following a year’s exclusivity on the Epic Game Store, developer 4A Games has confirmed today. It’ll be available for download later this month, Feb. 15.

The news comes by way of 4A Games’ social media channels. The developer Tweeted:

Journey beyond in the critically acclaimed #MetroExodus – returning to the Steam Store on Saturday 15th February 2020. Release times as follows:

Those of you that have been waiting, thank you for your passion and patience. pic.twitter.com/gouNZkgFUL

The controversy that followed the announcement of Metro Exodus’ Epic Game Store exclusivity back in 2018, only very shortly before it was due to release, was notable in that was among the first incidents of public disapproval over what has become typical of Epic.

The publisher has been very aggressive in its determination to steal exclusivity of PC games away from Steam as it tries to dislodge Valve’s foothold on the market. This hasn’t always gone down well with PC players, many of whom prefer the Steam ecosystem’s better functionality and generally cheaper pricing.

You can check out Twinfinite’s review of Metro Exodus here. In brief, we thoroughly enjoyed our time with the game, concluding: