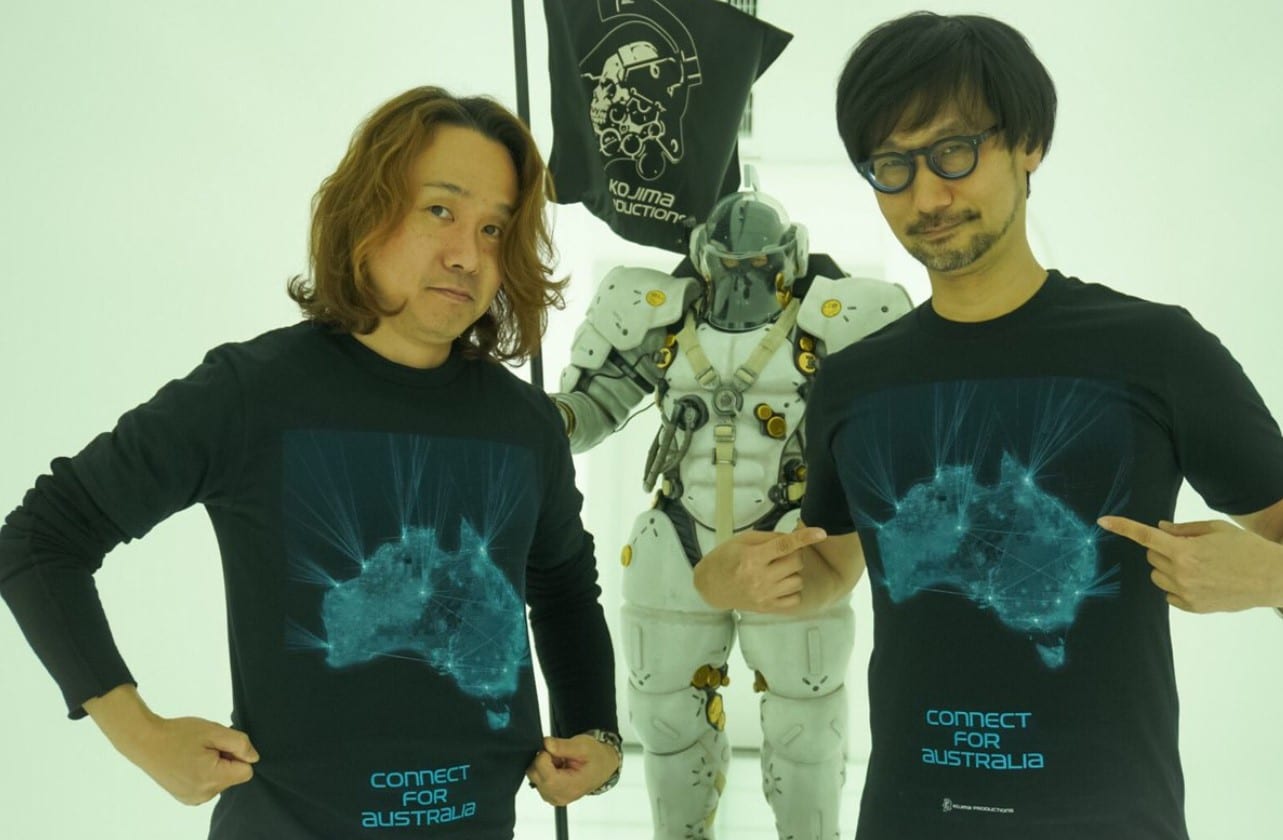 Earlier today, Hideo Kojima sent out a tweet stating that his company, Kojima Productions, would be releasing information on how they intended to do their part to help Australia recover from the recent bushfires crisis. As expected, the company will be helping to raise money, with proceeds going towards an organization in the country top help them recover.

Starting today, the official Kojima Productions merchandise store will be selling a ‘Connect for Australia’ t-shirt and PSN avatar. All proceeds made from these purchases will be sent to the Royal Society for the Prevention of Cruelty to Animals (RSPCA) in Australia, as announced in the official tweet embedded below:

The t-shirt itself is priced at $25, while the avatar can be bought at $1. However, if you’re feeling generous you can donate up to $50 for the PS4 avatar as well to aid the effort.

The ‘Connect for Australia’ slogan is certainly on brand for Kojima Productions, as the company pushed out Death Stranding late last year, a video game about connecting a post-apocalyptic world and bringing humanity back together to work towards a common goal. It’s clear that Kojima is using his game’s message to push fans and players into action, and play a part in helping Australia recover from the crisis.

The latest update on the bushfire crisis on Australia seems positive, as CNA reports that upcoming torrential rains and downpours are likely to end the fires across the country in days. It’s great news, but more work will undoubtedly be needed for Australia to bounce back from the disaster.