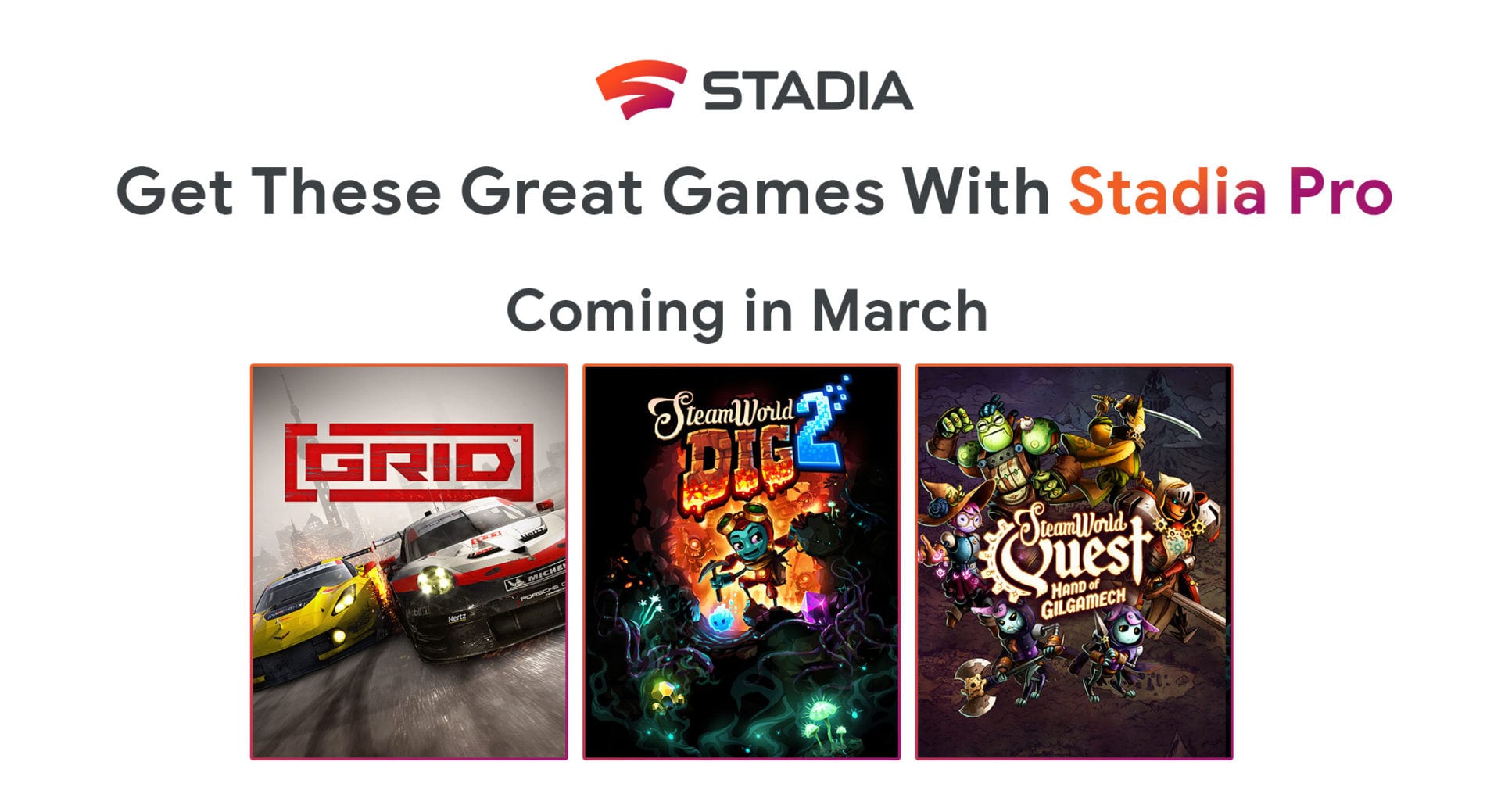 Google has revealed that three additional games will be free to Stadia Pro members in March. The games are GRID, SteamWorld Dig 2, and SteamWorld Quest.

The titles join Gylt, Destiny 2, Metro Exodus, Farming Simulator 19 (until Feb. 29), and Thumper and will be available to download from March 1.

GRID is a track racing game from Codemasters that released elsewhere in 2019 but the Stadia version will include the “exclusive forty-player Endurance Mode.”

To purchase the games come March 1, just head on over to the Stadia store and add them to your library. You’ll then be able to start playing them immediately.

There is no news on whether these games will only be free to Stadia Pro subscribers for a specific period of time. We’ll let you know if anything is announced at a later date.

Alongside the news of the new free games, Google revealed in a blog post that a new game, called Spitlings, will be coming to Stadia on Feb. 25.

Spitlings is “a quirky arcade action game that rewards teamwork and savagely punishes individual failure! To progress through Spitlings challenges, teams of up to four must cooperate in perfect tandem. If one teammate fails, everyone fails. It will take coordination, fast reflexes, and a little luck to overcome the diverse split-second challenges awaiting teams.”

The game is coming first to Stadia, before other consoles, and will cost $14.99.

It’s from German developers Massive Miniteam, who also made VR platformer Squishies, and will be coming to PS4, Xbox One, PC, and Switch at a later date.

You can download GRID, SteamWorld Dig 2, and SteamWorld Quest from March 1 if you’re a Stadia Pro member.