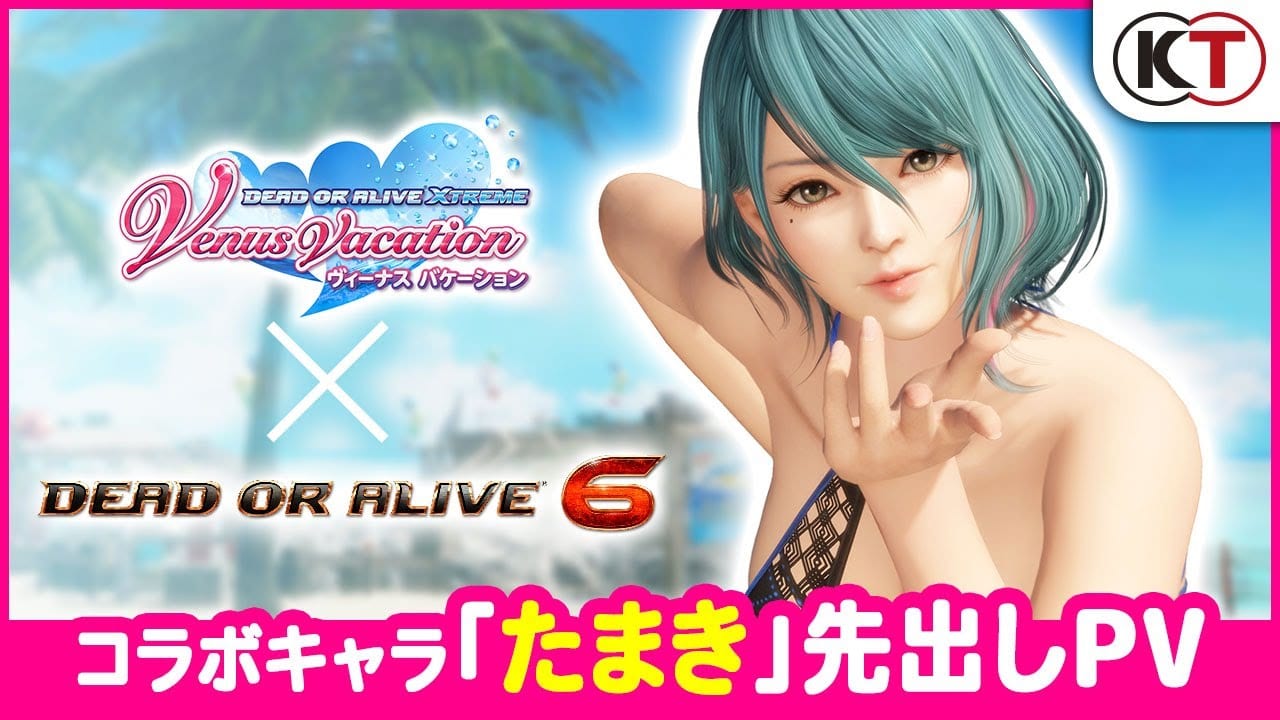 Koei Tecmo has been very good at localizing its games for the west over the past few years.

Besides very few notable exceptions like most of the Winning Post horse racing series (which I’d actually really like to play in English, considering that it’s a very deep and interesting simulation franchise), it has brought nearly its entire catalog to their North American and European customers, and Koei Tecmo is becoming faster and more efficient, with Fairy Tail finally achieving a simultaneous worldwide release.

Yet, there is one fairly popular spin-off series that has been pretty much ignored by the western arm of the publisher for a few years and it’s Dead or Alive Xtreme.

Born in 2003 on the original Xbox as Dead or Alive Xtreme Beach Volleyball and featuring the ladies from the mainline Dead or Alive fighting games, it continued in 2006 on the Xbox 360 with a sequel that was remade for PSP in 2010 as Dead or Alive Paradise.

When Dead or Alive Xtreme 3 was announced back in 2015, the western arm of Koei Tecmo made a single then-canceled comment on Facebook that was then retracted and identified as an employee’s individual opinion, and then moved on to basically sweep the existence of the Xtreme series under the rug.

The game was originally launched only in Japan at the end of 2017, but in April 2019 it was localized in English exclusively for the Asian market and launched on Steam, region locked away from western players. Of course, fans in North America and Europe found all sorts of workarounds to play Venus Vacation anyway, but that’s a different story.

Since that retraction on Twitter in December 2015, the Xtreme series has completely disappeared from official communication by the western arm of Koei Tecmo, while the Japanese arm continued to very actively promote and support in, going as far as featuring it during its Dead or Alive Festival events, which are mostly dedicated to the fighting series.

Don’t get me wrong: I do understand why the company might not want to launch the games of the series in the west, which would likely draw a storm of negative press. I’m not here to ask for an official release even, because to be frank the latest Xtreme games aren’t even that amazing, and those who want to play them in English already can with little to no effort. It’s pretty much a moot point.

Yet, the effort to hide the existence of the Xtreme series to western eyes has started breaking at the seams last November when the Japanese office announced that one of the new ladies from Venus Vacation would cross over into Dead or Alive 6.

Fast-forward to today, and we just got the announcement that the chosen lady from Venus Vacation is Tamaki. Given her mature looks and alluring attitude, she’s basically the purest embodiment of the nature of Dead or Alive Xtreme: Venus Vacation.

Dead or Alive 6 suffered from messaging issues from the very start, when Koei Tecmo attempted to appease the western press by downplaying the traditional fanservice element of the game during initial interviews and previews.

Of course, this wasn’t very well received among the part of the fanbase who enjoyed that kind of content, causing the developers to effectively jump back and forth with their communication in the attempt to please everyone, which basically resulted into the opposite effect.

When the game released last year, it proved to be a very solid fighting game, but the results of the messaging ambivalence lingered, with sales that I doubt were considered stellar by anyone involed.

After launch, Koei Tecmo and Team Ninja have leaned more and more onto their traditional fanbase, also doubling down on monetization by introducing the Revival costume series recycled from Dead or Alive 5: Last Round and paid on top of the already pricey season passes all the way to the microtransactions to change hair colors released today on PS4.

The culmination of this process is Tamaki herself, who will be released in March.

Yet, the western arm of the company is still tiptoeing around the existence of Dead or Alive Xtreme.

While the Japanese trailer prominently mentions DOAX: Venus Vacation in the title, description, and thumbnail, the English one completely omits Tamaki’s origins, as you can see below.

Official communication on social media in English simply defines Tamaki as a “curious gal” without really saying anything specific about her. It says that she “makes her way in the Dead or Alive 6 fighting game universe”  but it timidly omits where she actually comes from.

On the other hand, the Japanese account proudly displays front and center that Tamaki is from Xtreme: Venus Vacation.

Honestly, I understand that the good folks at Koei Tecmo may now find themselves in a rather awkward situation.

They have kept the existence of Xtreme hidden like a skeleton in the closet for over four years, and now they suddenly have a crossover character who comes exactly from that series (and is basically its most obvious representative) jumping under the spotlight like a very attractive elephant in the proverbial China shop.

That being said, I think it’s pretty much evident to everyone that the emperor is naked by now. Is it really necessary to hide behind a finger?

We all know that Venus Vacation isn’t likely to come west, but this split messaging between different audiences and between Japan and the west is a major element which hindered Dead or Alive 6 to begin with, with ripples that are still felt today.

At this point, wouldn’t it be much simpler to just come out clean and admit that yes, Dead or Alive Xtreme: Venus Vacation is a thing. It’s not officially releasing in North America and Europe, but it’s a game that exists. It’s not the first Japanese game to stay confined on the other side of the Pacific Ocean, and I guarantee it won’t be the last.

I also seriously doubt that acknowledging Tamaki’s origins would stir the western press all that much, at least not any more than her existence and personality on their own. On top of that, DOA6 hasn’t exactly been at the forefront of mainstream news for quite a while. Big outlets have most definitely moved on.

I have a feeling that the game’s rather extreme leaning onto DLC monetization is likely to cause a lot more concerns, and the publisher isn’t doing anything to hide that.

May as well simply own to the fact that Tamaki didn’t just appear from thin air. At this point, anyone who cares is likely well aware of what Dead or Alive Xtreme: Venus Vacation is. On the other hand, those who don’t know likely won’t care.