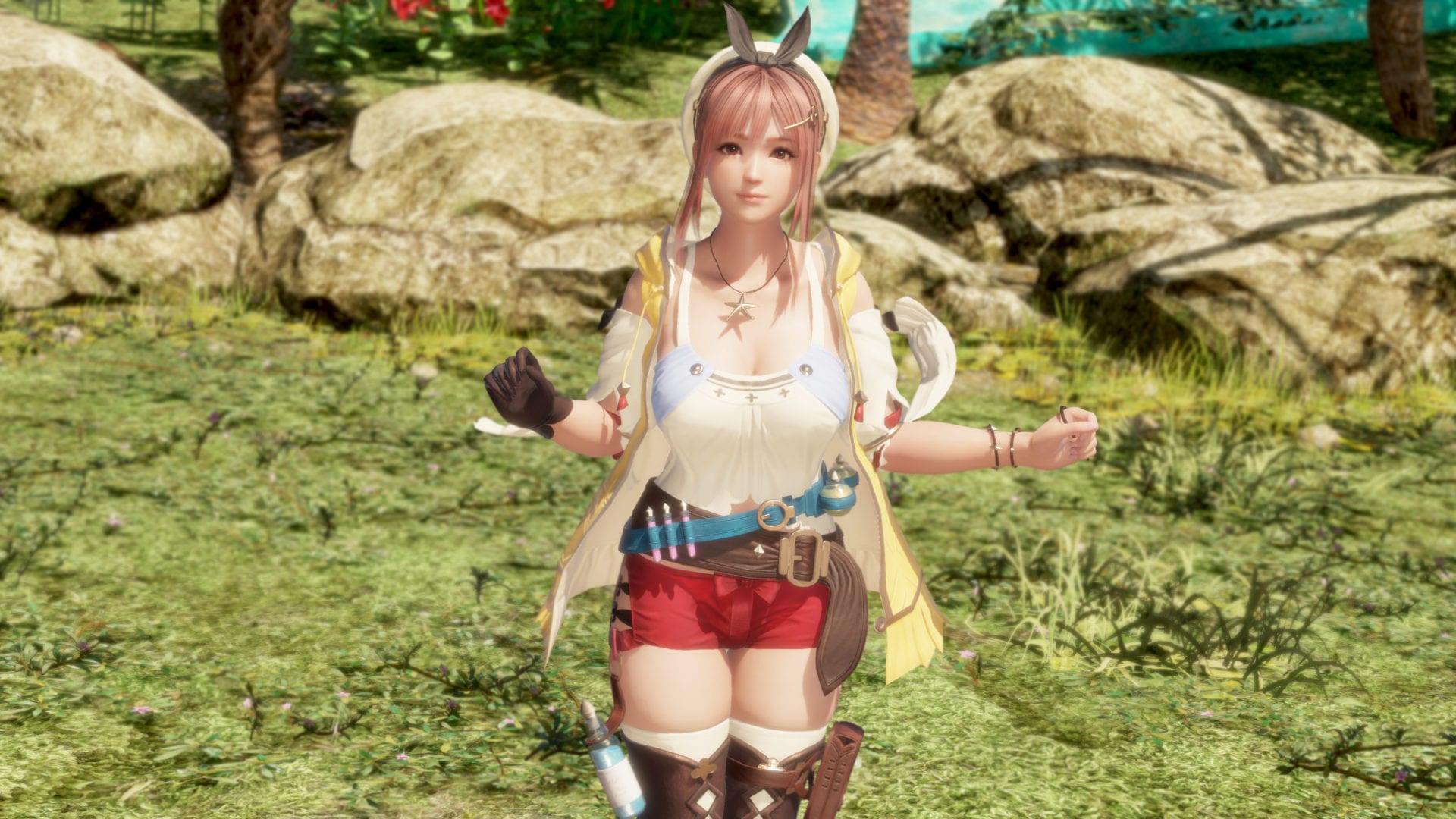 The screenshots were released across the English and Japanese twitter accounts of the game, with an additional tweet offering more information about one feature of the accompanying update.

Here we get to see all three costumes from the Atelier Ryza pack, plus the first two of the other package.

As hinted above, we also get a clarification about the new hair color change feature that will come with update 1.20.

You’ll be able to switch color of a character’s hair to 16 options. The catch is that, not only this feature will be available only on PS4, but you’ll need to spend a Premium Ticket for it.

Before this, they were used to purchase costumes separately on PS4 only, but apparently Koei Tecmo had additional plans for them.

It remains to be seen whether Koei Tecmo will implement a way to do this on Xbox One or PC, but I have a lingering feeling that not many on these platforms are holding their breath in anticipation right now.

The costumes showcased here will be included in the season pass (differently from the previously-released Alluring Mandarin Dress set).