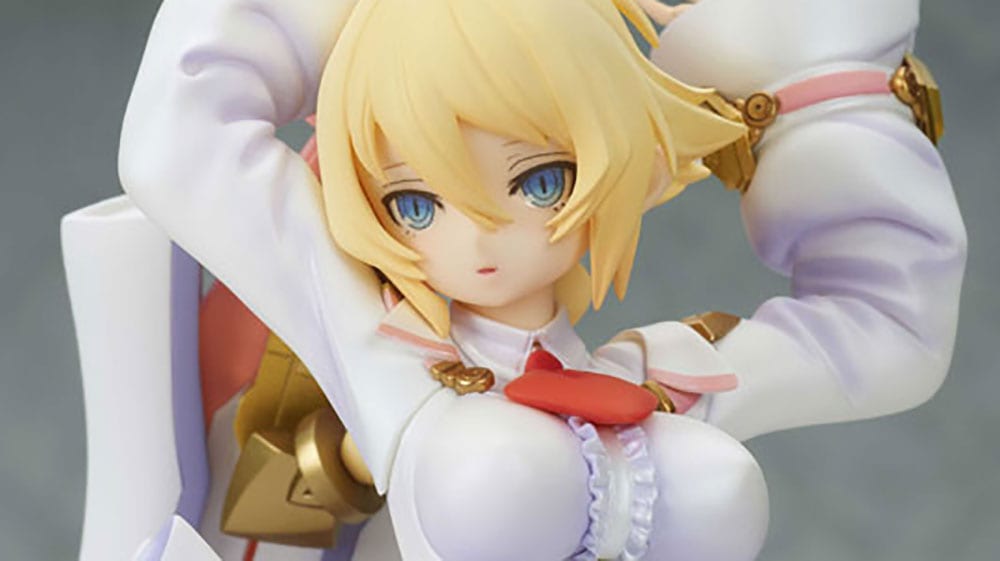 When I said “new” I should probably have said “new-ish,” because the same sculpt has been released last year. This new release, which will hit the shelves in March 2020, features another of Es’ color schemes from the games.

She is sculpted by Akachomu and painted by Hiroto Tanimoto in 1/7 scale based on an illustration by artist Konomi Higuchi.

Series’ producer Toshimichi Mori was also involved in the supervision for the figure.

“From the hit battle game “BlazBlue” comes a figure of “Es” titled the 21color Ver.

The character designer Higuchi Konomi provided a new illustration to use for the pose of this figure.

The unique outfit is accurately recreated thanks to the production supervision of the producer Toshimichi Mori.

Also, part of the frills in the skirt are made using clear materials.
Be sure to add this high class figure of Es that even includes the giant weapon, the crystalline sealed blade Murakumo which is larger than the Es figure, to your collection.”