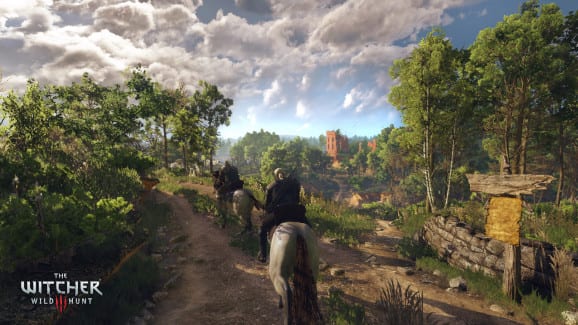 The Witcher 3: Wild Hunt is one meaty, meaty open-world RPG. There’s so much for players to see and do in The Continent that you won’t know where to start. At the same time, the game can be pretty challenging for newcomers, and there’s a lot to get your head around. As such, some players may be wondering if it’s possible to change difficulty in Witcher 3, and if so, how you do it. Well, let’s run you through everything you need to know.

Difficulty in The Witcher 3

Changing Difficulty in The Witcher 3

If you’re wondering exactly how changing the difficulty level affects the gameplay in The Witcher 3, we’ve broken this all down for you. Simply put, it’ll change the following:

While enemy HP might seem like a real slog of a change, it isn’t in The Witcher 3. Enemies may have more HP at higher difficulty levels, but it may be an extra hit or two to take down common enemies.

The biggest adjustment when changing difficulty in Witcher 3 is the damage output of enemies. On higher difficulties, you’ll need to really get to grips with the dodge, roll and parry mechanics to come out of combat encounters unscathed.

On higher difficulties, players won’t be able to meditate when not in battle to restore health. Instead, players will need to use food, potions, and sign upgrades to restore your health.

Finally, there’s talk that the amount of XP dished out varies depending on the difficulty setting you’re on. While this may be the case, it’s such a tiny change in the amount rewarded that it’s not even worth worrying about.

That’s everything on how to change difficulty in Witcher 3 that you need to know. For more tips, tricks, and guides, be sure to check out our ever-expanding guide wiki or search for Twinfinite.

You can also check out our Hearts of Stone guide wiki, and Blood and Wine guide wiki’s should you need a hand with the game’s two expansions.