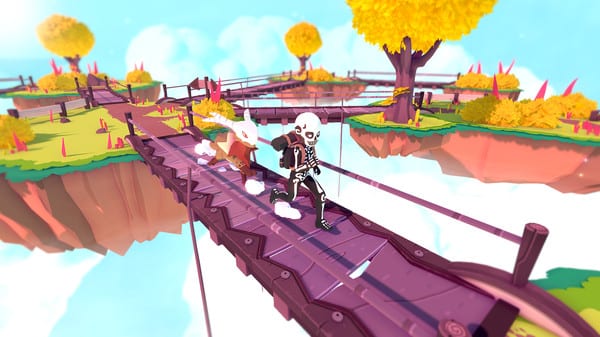 If you haven’t heard of Temtem yet it’s essentially a Pokemon game on PC. That means you’re gonna have to make sure your rig can live up to the system requirements as specified by the developer.

Fortunately, like Pokemon, Temtem doesn’t require a massive amount of processing power to run smoothly. Here’s everything you need to know about the PC system requirements for Temtem.

As was mentioned before, you’re not going to need anything too terribly powerful in order to run Temtem well. Most decent laptops should be able to handle this creature collecting game.

We’ll start off with the minimum requirements, but before I get to that let’s look at what you’ll need no matter what. The three things you’ll absolutely need are Windows 10 64bit, a broadband internet connection, and at least five GB of open space on your install drive.

Since Temtem is an MMO you’re going to need to be on the internet at all times, so a desktop PC is the best option. If you’re going to be playing on a laptop, then I would suggest sitting next to a network port or investing in a long ethernet cable.

Wi-Fi will work as long as it’s fast enough, but a wired connection will always be more stable. If you’re going to be using Wi-Fi, then check SpeedTest to make sure you’re getting the minimum 25Mbps for broadband internet.

Looking at the minimum requirements for Temtem, the CPU needs to be at least a Celeron G530 running at 2.4ghz. Throw in 4 GB of RAM, an Nvidia GT 650M or better and you’ll have everything you need to run the game smoothly in 720p at 30fps.

If you want to run Temtem in 1080p at 60fps (or better), then you’ll need some more powerful parts. Fortunately, the minimum you’ll need here is an i3-6100T running at 3.1ghz paired with eight GB of RAM and a GTX 970 or better.

If you’re not well versed in PC hardware, then check out this comparison tool. It should help you determine how your hardware stacks up to what Temtem requires to run properly.

Here’s a quick summary of both the minimum and recommended specs:

That’s all there is to know about the PC System Requirements for Temtem. You can pick up the game when it becomes available in early access starting on Jan. 21 through Steam or on the Humble Store.