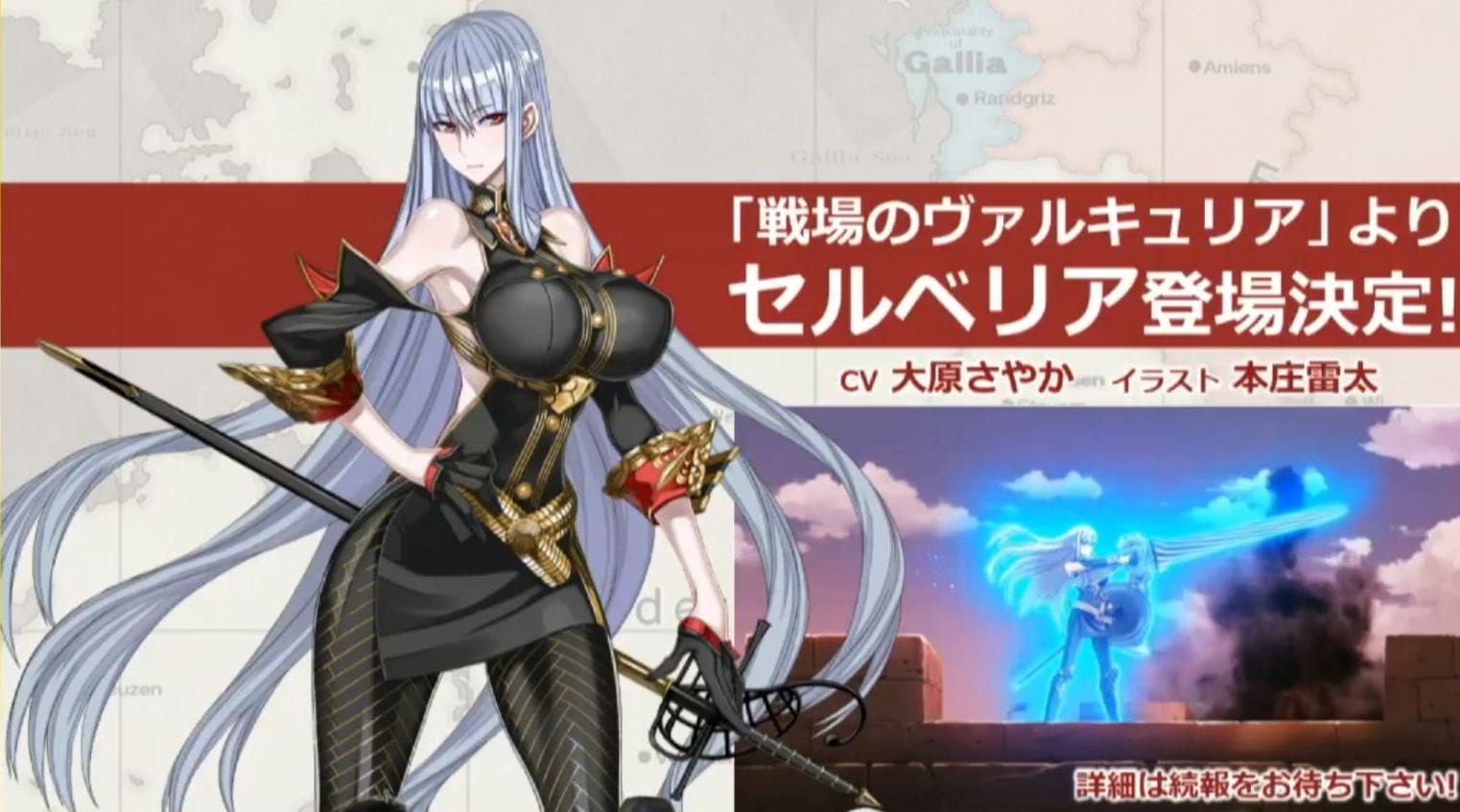 Nearly twelve years have passed since the original release of Valkyria Chronicles, but some characters are truly immortal.

During a New Year livestream dedicated to the mobile game Idola Phantasy Star Saga hosted today on Periscope Sega announced that the beautiful antagonist from the original Valkyria Chronicles will make a comeback in the mobile game.

Details about the crossover have not been shared during the livestream, and fans were left with artwork bt Selvaria’s original character designer Raita Honjou and the promise of further information coming down the line.

With her prominent role in the original Valkyria Chronicles, Selvaria Bles has become one of the most beloved and iconic antagonists of the whole JRPG genre.

She still gets new figures at a semi-regular pace nowadays in Japan, and she recently appeared in the DLC of Valkyria Chronicles 4.

I’d be completely unsurprised if she was still present in a possible Valkyria Chronicles 5… Because we’re getting one, aren’t we, Sega? You know you want to.

Unfortunately, Sega has been completely silent about the future of the franchise after the poor performance of the spin-off Valkyria Revolution and the fourth game not exactly breaking records due to the series’ long inactivity. Hopefully, we’ll hear something new at some time soon.

For now, it’s good to know that they have not forgotten Selvaria.