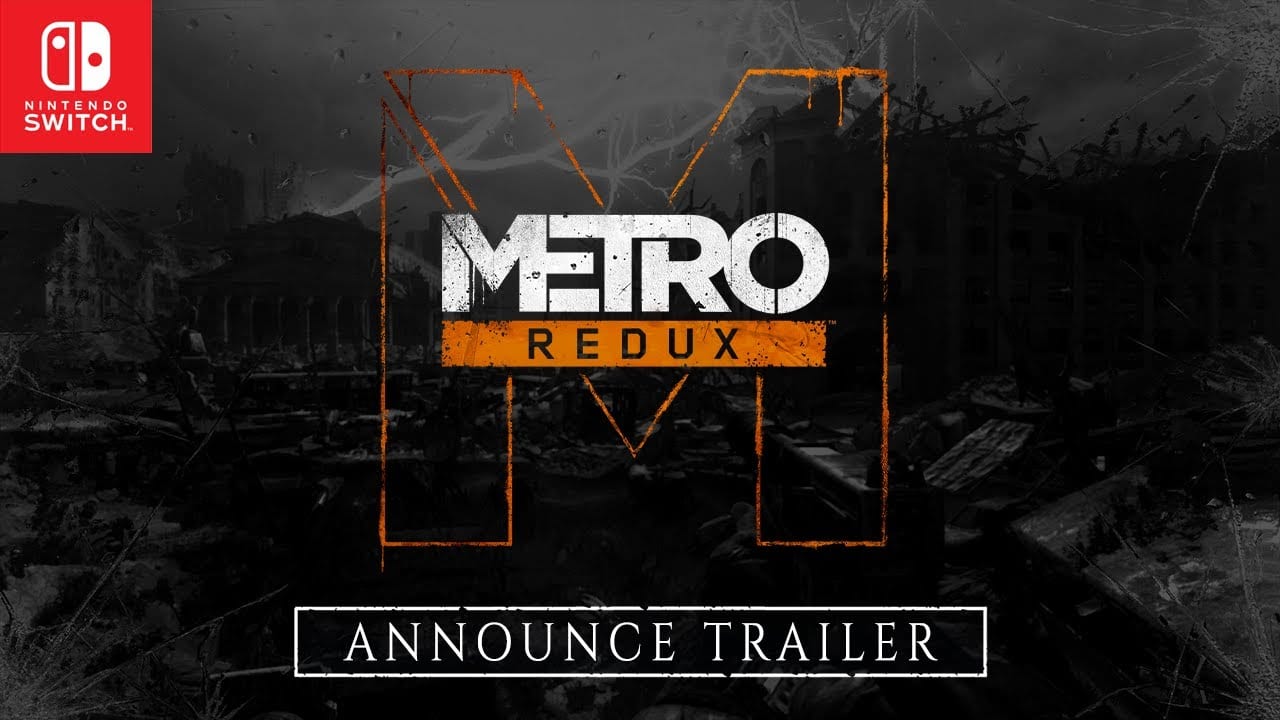 4A Games is bringing the critically acclaimed Metro Redux pack over to Nintendo Switch next month, Feb. 28, the developer announced today with a new trailer.

Metro Redux first launched on current generation platforms back in 2014. The pack contains both Metro 2033 and its sequel Metro: Last Light, as well as all its DLC. For those that pre-order the Nintendo Switch version there are a few other goodies included, too.

Called the Ranger Cache Pre-order Pack, it contains the following:

If you’re not up to speed with the Metro games, they’re based on the books of the same name by author Dmitry Glukhovsky.

The story depicts a post-apocalyptic near-future setting in which the world was devastated by nuclear war, which forced survivors into Moscow’s subway network. With radiation having taken its mutative effects, there’s more than just an on-going war that poses a danger to its main protagonist Artyom.

You can check out the new Nintendo Switch Metro Redux trailer below.

The Redux pack serves as the prequel to 4A Games most recent Metro game, Exodus, which Twinfinite felt was a great continuation of the series’ best qualities. You can read more about our impressions over on our full review.