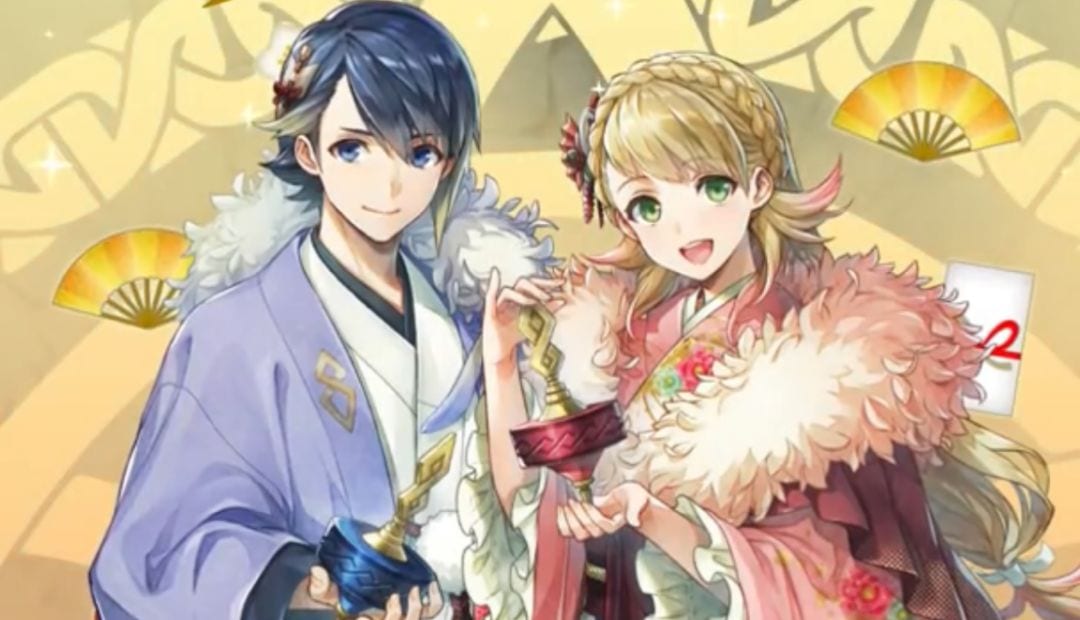 The video features a skit starring Alfonse, Shareena, and Peony as they talk about the Japan… ahem… Hoshidan way to celebrate the new year.

This goes from the typical Japan… ahem… Hoshidan New Year greeting “Akemashite Omedetou Gozaimasu” to the local “Oshogatsu” name for the celebration and the “haregi” style of dress.

You likely won’t hear many western voice actors saying this many Japan… ahem… Hoshidan words in so little time anywhere else.

We also get references to previous New Year characters, on top of those available with the current “Renewed Spirit” gacha.

You can check out the video below, alongside the trailer for the New Year gacha that was released a few days ago.

Fire Emblem Heroes is currently available for iOS and Android.