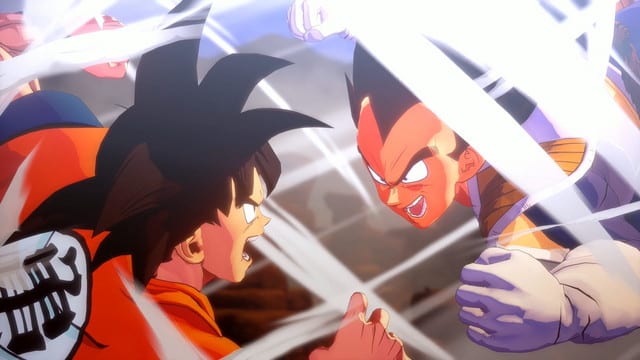 As the name implies, Dragon Ball Z Kakarot has you playing through the story of Goku, developing his skills and power with a wealth of RPG systems. While his name is in the title, Goku isn’t the only character you’ll be playing as, and oftentimes the game lets you build a party of Z Warriors to take into battle. For those times you’ll absolutely need to know how to use super attack assists in Dragon Ball Z Kakarot.

How to Use Super Attack Assists in Dragon Ball Z Kakarot

Whenever you bring a party with you into battle the other characters will act independently, supporting you in different ways depending on their type. Attack character will help expand on your combos and focus on causing damage, defense characters will focus on protecting you and stopping enemy attacks, and support characters will try and keep your health and Ki filled up.

On top of the support actions these characters take, you can also command them to use super attack assists at will, so let’s go over it.

Here’s how to use super attack assists in Dragon Ball Z Kakarot.

If you want to fine-tune the assists you have access to, luckily you can do that as well.

How to Change Super Attack Assists

It’s a simple process luckily, so start by pressing the menu (options) button to open the main menu. Then go to the Characters option, and pick a character you want to edit.

Once on the character’s page press X on Xbox One and Square on PS4 to open the Super Attack Palette, where you’ll see an option for super attack assists at the bottom. Just navigate to the slots and press A on Xbox One and X on PS4 to pick whatever you want to use in battle.

That covers everything you need to know about how to use super attack assists in Dragon Ball Z Kakarot. If you need any other help or tips make sure to check out our Dragon Ball Z Kakarot guide wiki. For similar combat-focused guides you might want to look at switching targets, or using melee attacks.

Mobile Suit Gundam Extreme VS. Maxiboost ON for PS4 Announced for America and Europe
By Giuseppe NelvaJanuary 21, 2020

12 Best Voice Actor Performances of the Decade
By Andrew McMahonJanuary 21, 2020

Commandos 2 & Praetorians HD Remasters Get a Bunch of New Screenshots Ahead of Release
By Alex GibsonJanuary 21, 2020
To Top