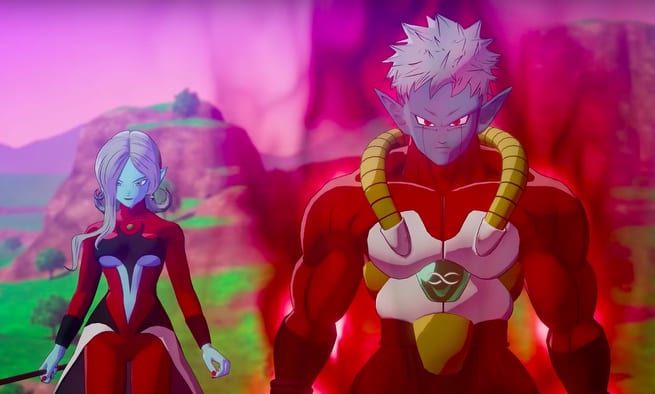 Dragon Ball Z Kakarot has a fair few secrets to uncover, but one of the best ones allows you to take on a villain from the Dragon Ball Xenoverse games. Unlocking it requires you to complete a fair few steps beforehand though, so we’re here to walk you through how to fight Mira as fast as possible.

How to Fight Mira in Dragon Ball Z Kakarot

To fight Mira in Dragon Ball Z Kakarot, you’ll first have to find and defeat every villainous enemy in the game.

Fortunately, they can all be found fairly quickly by opening the world map and looking for the red crown icon on each area’s portrait, as shown on the screenshot below.

Each villainous enemy will likewise be visible on the area map, making them even easier to find once you’re in any given area.

However, they won’t all be available to fight until the post-game, and most if not all will be too strong for any player who hasn’t leveled up enough to complete the main story. As such, you’ll want to hold off until you’ve completed the main story to start hunting them all down.

How to Trigger an Encounter With Towa

Once you’ve taken down all of Dragon Ball Z Kakarot’s available Villainous Enemies, a new threat will appear in the East Ravine area. Once there, the Dragon Ball Xenoverse villain Towa will be waiting in the overworld with Villainous versions of Vegito and Gotenks, both at level 100.

Defeat both Villainous Enemies. Once you do, Towa will give a brief monologue before disappearing, with a new threat appearing in the Land of the Kais area shortly after.

Travel to the Land of the Kais, and once you arrive, you’ll discover that all of your fights with the Villainous enemies have provided Towa with enough energy to revive Mira. He’ll then confront you, and one of the toughest fights in the game will ensue.

So, to recap how to fight Mira in Dragon Ball Z Kakarot:

Hopefully this cleared up how to fight Mira in Dragon Ball Z Kakarot. For more on the game, check out our guide wiki. It has plenty of info on hot topics like how to use Z Combos and how to get a car.