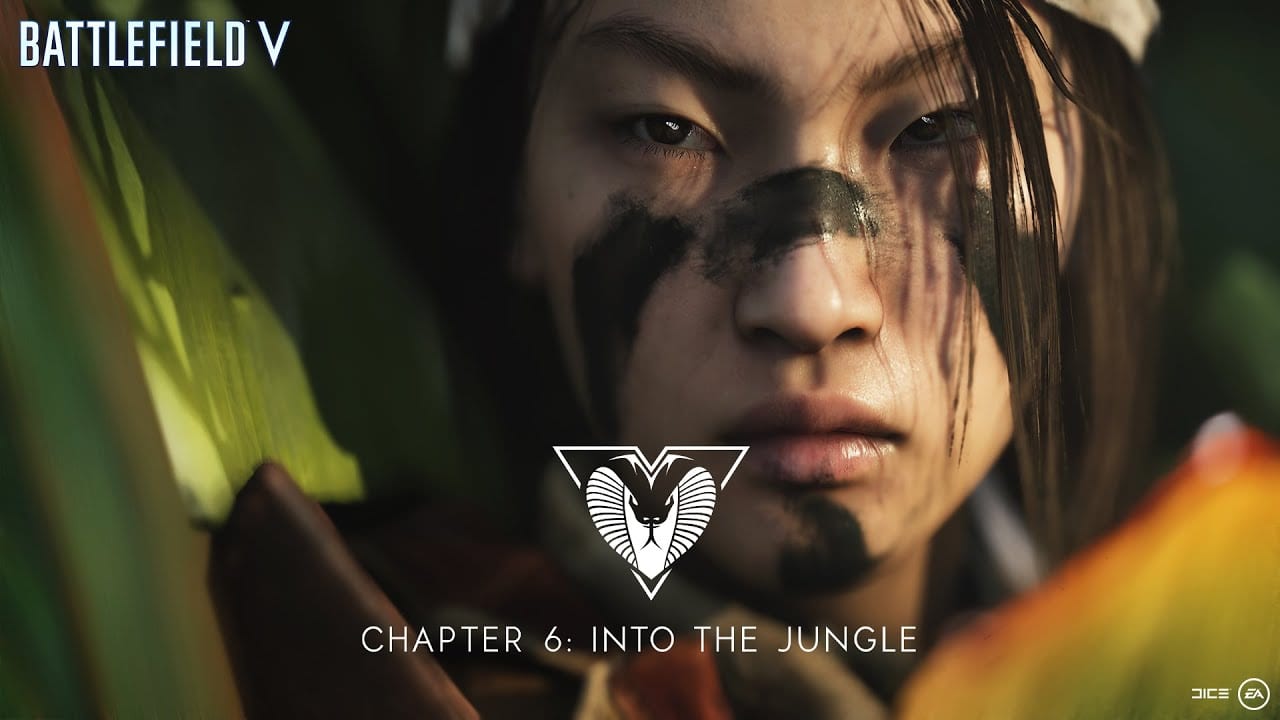 Battlefield V’s next chapter is here and it takes players to the humid jungles of the Pacific campaign. In a new trailer today EA Dice revealed the Solomon Islands map, which pits the Americans versus the Japanese in an intense firefight from white sandy beaches to the deepest of the jungle. Arriving in tandem with Update 6.0, which brings new cosmetics, weapons, gadgets, and rewards along with the Chapter.

The trailer is narrated by community manager Freeman, who describes The Soloman Islands map as fast and intense, and one that plays “brilliantly” on Breakthrough. The map is available in conquest, team conquest, and deathmatch mode, too.

New unlockable weapons in Chapter 6 include the devastating Type 11 MG for support, and the MT Carbine comes to assault; while the M1A1 Bazooka and Lunge Mines make an appearance as new explosive gadgets.

Elsewhere, rewards come in the form of unlockable characters: Japanese commando Misaki is the prize for reaching level 40, and two more are on the way in subsequent updates throughout the chapter.

You can check out the explosive trailer for yourself below.

Today’s update follows on from a string of post-launch support content expansions since Battlefield V’s launch, which includes the addition of the iconic Wake Island map back in December 2019.