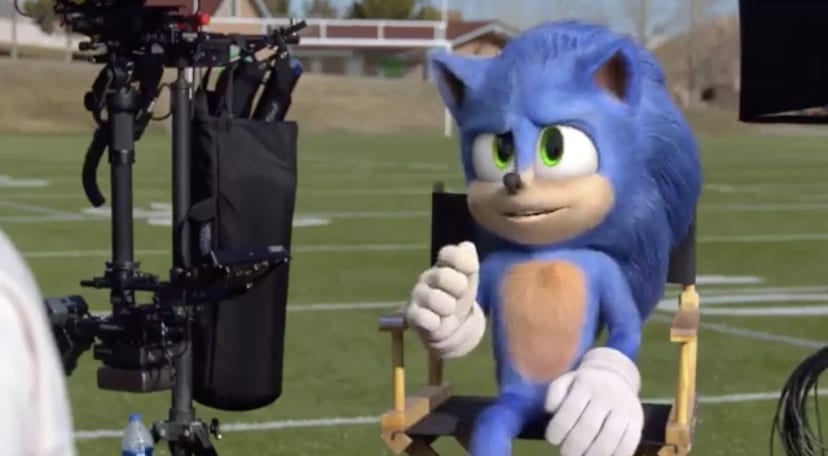 It’s no secret that Sonic runs super fast, even the world’s greatest athletes can’t keep up with him.

Four athletes appeared in a Super Bowl 54 ad tailored for the Sonic the Hedgehog movie that dropped early today where they talked about his incredible speed, abilities and personality.

In the ad, Carolina Panthers running back Christian McCaffrey claims he’s studied the best spin moves, declaring Sonic’s to be legendary; Olympic sprinter Allyson Felix says that Sonic makes her and all the fastest racers she’s competed against look very slow; car racer Kyle Busch says he’s wild, but Sonic is on a whole other level of wild compared to him; and New Orleans Saints wide receiver Michael Thomas says good luck if he turns on the burners.

“What’s this for?” they all ask, wondering why they’re all in the commercial in the first place.

“Great question. I have no idea,” says Sonic, who also doesn’t know why he’s in a Super Bowl TV commercial, which is his first commercial since his 2012 Progressive commercial. Then he tells McCaffrey to continue saying awesome things about him.

Super Bowl 54 is the perfect marketing opportunity for the Sonic the Hedgehog movie. We’re already seeing posters for the film advertised in major cities across the country, such as New York City, where five Sonic movie posters are sitting over one building in Times Square.

When the Sonic the Hedgehog movie gets plenty of advertising and appears in a sports commercial that’s supposed to air during Super Bowl 54 on Sunday, you know the movie is going to be amazing. Or shall I dare to say, way past cool.

Sonic the Hedgehog speeds into the theatres Feb. 14.

You can check out the Super Bowl 54 TV ad for the Sonic the Hedgehog movie below.