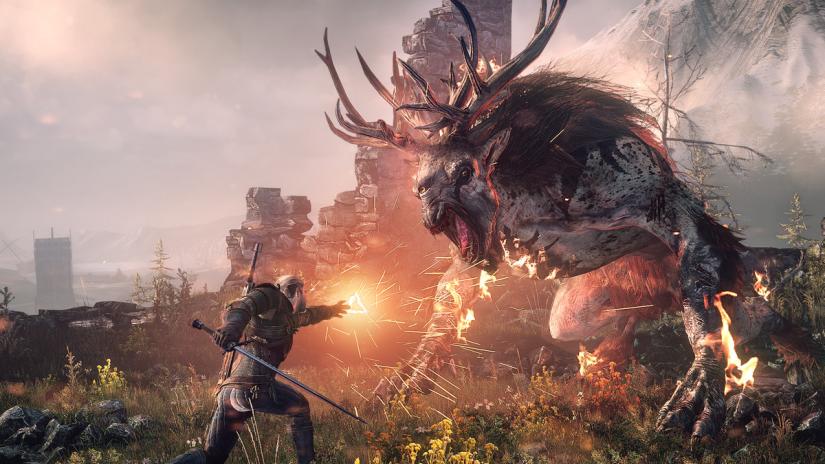 The Witcher 3: Wild Hunt is one of our favorite games to have released this decade, and with the recent release of Netflix’s TV series that follows the story of Geralt, there’s been a mass resurgence in people checking out the game. If you fall into this category, or are just revisiting it once more, you may be wondering what the max level cap is in Witcher 3.

So here’s the deal. Technically, The Witcher 3: Wild Hunt doesn’t have a max level cap, but that doesn’t mean you’ll somehow manage to get Geralt leveled up to 999 or something insane.

For most players, you’ll likely finish playing through the main story and hit somewhere around level 40.

If you choose to then check out the Hearts of Stone or Blood and Wine expansions, you’ll then have plenty more questing that’ll earn you experience to further level up Geralt. At this point, your likely max level cap will be no higher than 60.

Again, that’s not to say it’s impossible to level Geralt up further, as some players have noted it’s possible to do so via New Game Plus and being incredibly thorough in completing everything The Witcher 3 has to offer. In terms of a hard level cap, no such thing exists.

This is something that CDPR Global Community Lead, Marcin Momot confirmed back in 2015 on Twitter (included above). With no hard max level cap in The Witcher 3, it technically would mean that players can completely unlock all of Geralt’s skill tree.

However, due to the difficulty in leveling Geralt beyond a certain point, it’s unlikely you’ll be able to do so without diving into the New Game Plus mode. As such, we advise focusing on the skills that will best compliment your playstyle.

That’s everything you need to know regarding The Witcher 3’s max level cap. For more tips, tricks, and guides on the game, be sure to check out our guide wiki.