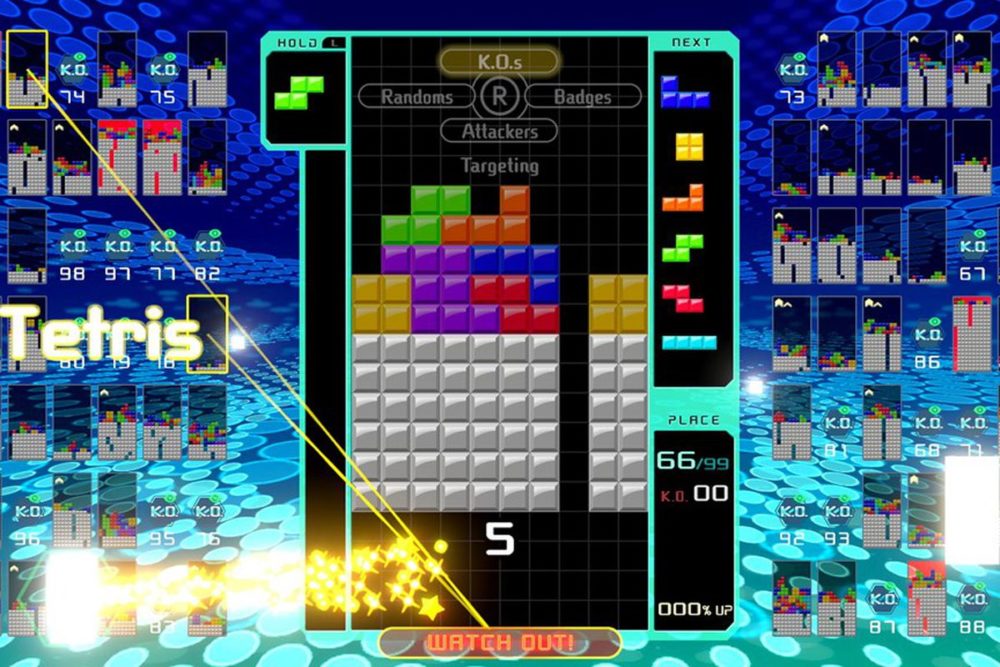 The new feature is Team Battle Mode and works a little differently than other team-based battle royale games. There are not several small squads, but players pick one of four teams to join before a match begins.

Some of the four teams may wind up with more players, but the teams with less will receive “a boost in attack power when being attacked,” according to Nintendo in a press release.

Players who are eliminated can spectate others and still receive XP and rank points at the end of the match.

Other features in the update include new button configuration options, user emblems, and special themes inspired by other games like the original Game Boy version of Tetris, Fire Emblem: Three Houses, Splatoon, and Super Kirby Clash.

Tetris 99 will be holding its tenth Maximus Cup from Dec. 12 to Dec. 16 and will include Team Battle Mode. The top 999 players will receive 999 Gold Points to use as a discount towards purchasing digital games in the Nintendo eShop.