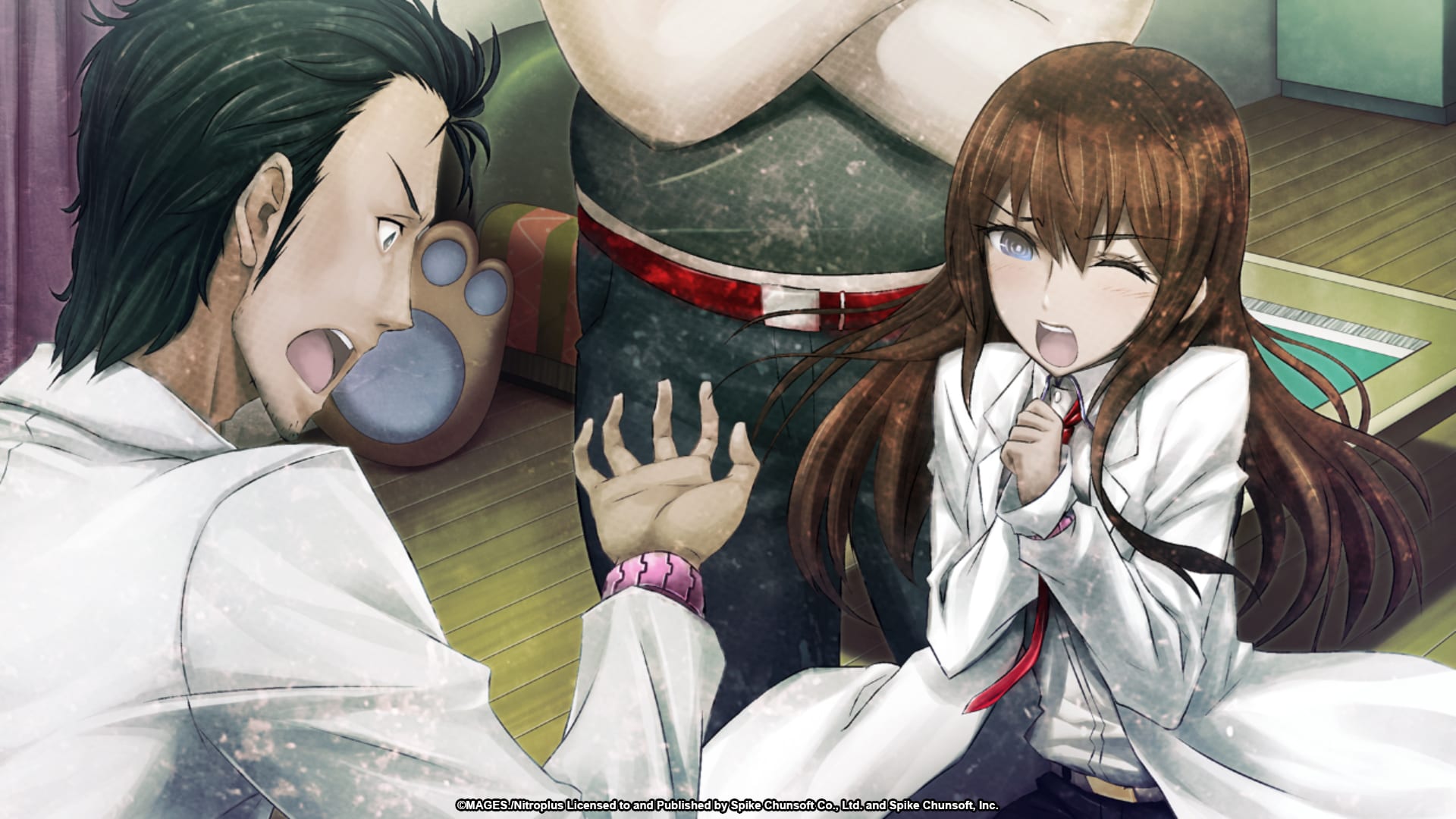 First of all, Steins;Gate 0 has been released on to Nintendo Switch. The launch is digital only, priced at $29.99.

Below you can see a trailer, a few screenshots, and an official decription.

“A new story in the critically-acclaimed STEINS;GATE series. From the depths of despair–explore a whole new world line. Your favorite characters return alongside a brand new cast!

STEINS;GATE 0 continues the time travelling theme – but adds artificial intelligence as its central hook.
Help a group of young students bend time to their will and prevent the onset of World War 3.

Beautiful artwork and engaging story for an unforgettable experience.
Tells the story of an ‘Alternate Worldline’ – what happens if players failed the original story. Interact with the story using your smart phone – answering (or not!) your phone, and your responses, will determine the outcome to the story.”

The second announcement is about Steins;Gate: My Darling’s Embrace.

It has also been released today, but this time around it’s for PS4, Switch, and PC via Steam. The price is $29.99 as well, and it’s still digital-only on all platforms.

Check out a trailer, a gallery, and an official description below.

“Fall in love with the lab members all over again in this sweet and slapstick romantic comedy!

Follow Your Heart
Explore the private life of Rintaro and your favorite lab members in a series of “What if?” scenarios.

Love Isn’t a Science
The hard science of STEINS;GATE takes a back seat to let the slapstick story run wild!

Phone Trigger System
Interact via Rintaro’s cellphone to answer or ignore calls, and send and receive emails. Your everyday choices in life steer the story!”

Incidentally, another Steins;Gate game, Elite, was among the runner-ups in our Best Adventure & Visual Novel Games 2019 award.