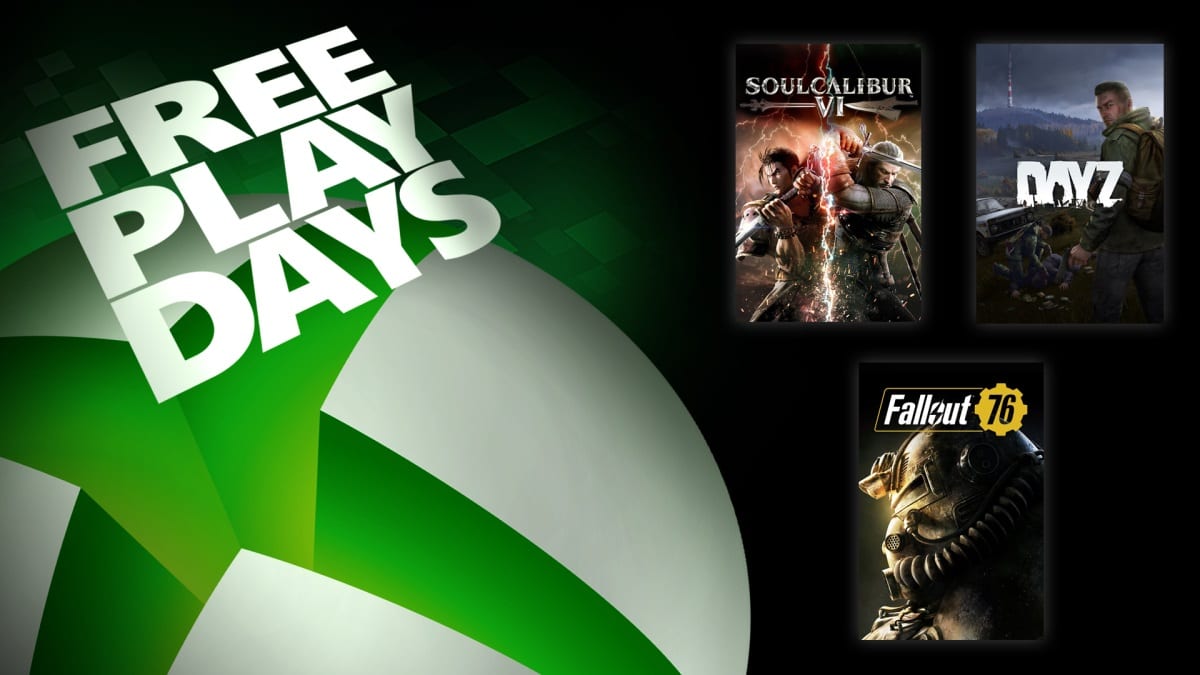 Xbox has unveiled that Soul Calibur VI, DayZ, and Fallout 76 will be available for Xbox Live Gold and Game Pass Ultimate subscribers to play for free until Dec. 15 as part of Xbox’s Free Play Days program.

Soul Calibur VI is the most recent installment in the long running fighting game franchise with a roster (not including DLC) of 21 fighters with Geralt from The Witcher series being one of them. The game also features an expansive character creator that led to many haunting creations.

DayZ is an open-world survival game that pre-dated the battle royale craze but still gave a small taste of it. Dropped into a world populated with zombies and other players with dubious intentions. The player is tasked with finding what they need to survive the harsh setting,

Fallout 76 is a spin-off of the Fallout series. Fallout 76 breaks from the previous games in removing most NPCs and turning the game into an almost MMO. Journey through Appalachia (Virginia, West Virginia, Maryland) and rebuild society which is what you were kept in Vault 76 to do.

All three of these games are currently offered at a discount of 40-65% off for the duration of being part of the Xbox Free Play Days event.