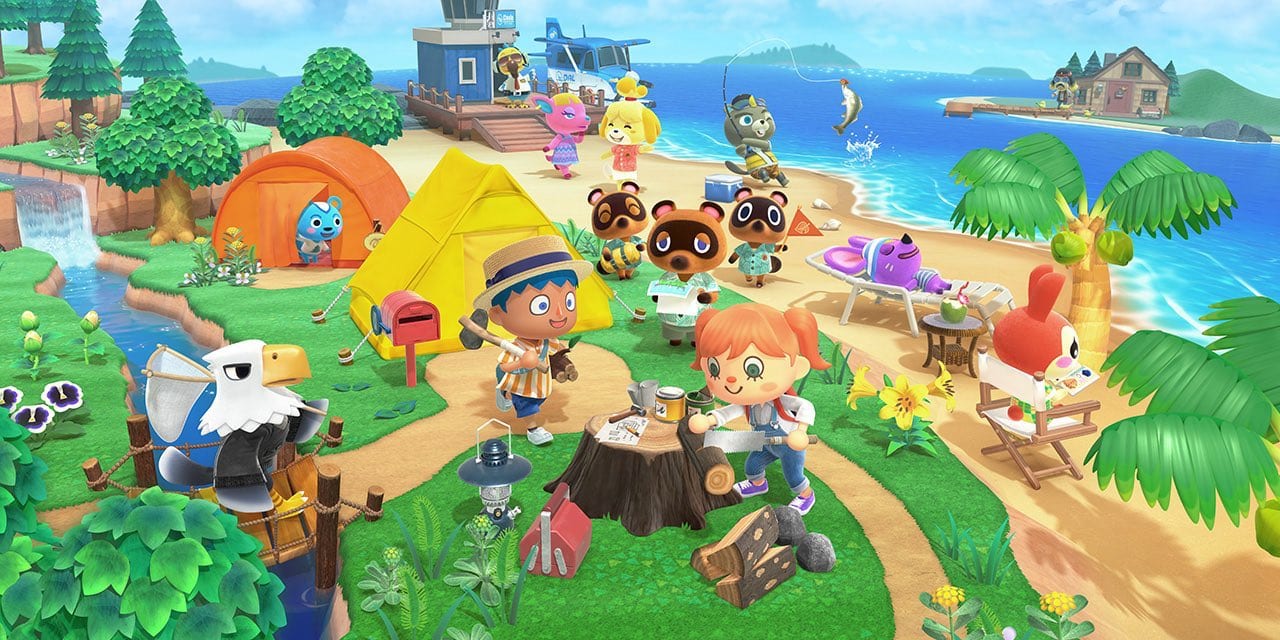 A new advertisement for Animal Crossing: New Horizons has debuted in Japan, and while it may not be the direct we’ve been waiting for, it subtly reveals some new information about the game.

The trailer shows Tom Nook, along with his sons Timmy and Tommy, presenting a video of the Deserted Island Getaway Package to a crowd full of animals. In the audience we can see some familiar faces of villagers, including our first look at everyone’s favorite secretary: Isabelle.

In the background of the trailer, we get a taste of what the new music in Animal Crossing: New Horizons will sound like. The advertisement ends with a first look at the game’s box art.

The box art comes from a larger piece of art that reveals new details about the game. Notably, we see new clothing, a new hairstyle, and what appears to be two new characters.

One is an otter catching a fish. He looks similar to Chip, the character who helped out with Fishing Tourneys in previous Animal Crossing games.

Another new character is a Dodo bird in front of the airline building. This will probably be the first character we meet in the game when we arrive to the island.

In the distance, we can see that Harvey and his campground are back, which is a feature returning from Welcome Amiibo update of New Leaf. Isabelle is also seen hanging out on the beach, and she is sporting new island attire.

Animal Crossing: New Horizons will release on the Nintendo Switch on March 20, 2020.

You can watch the new advertisement below.