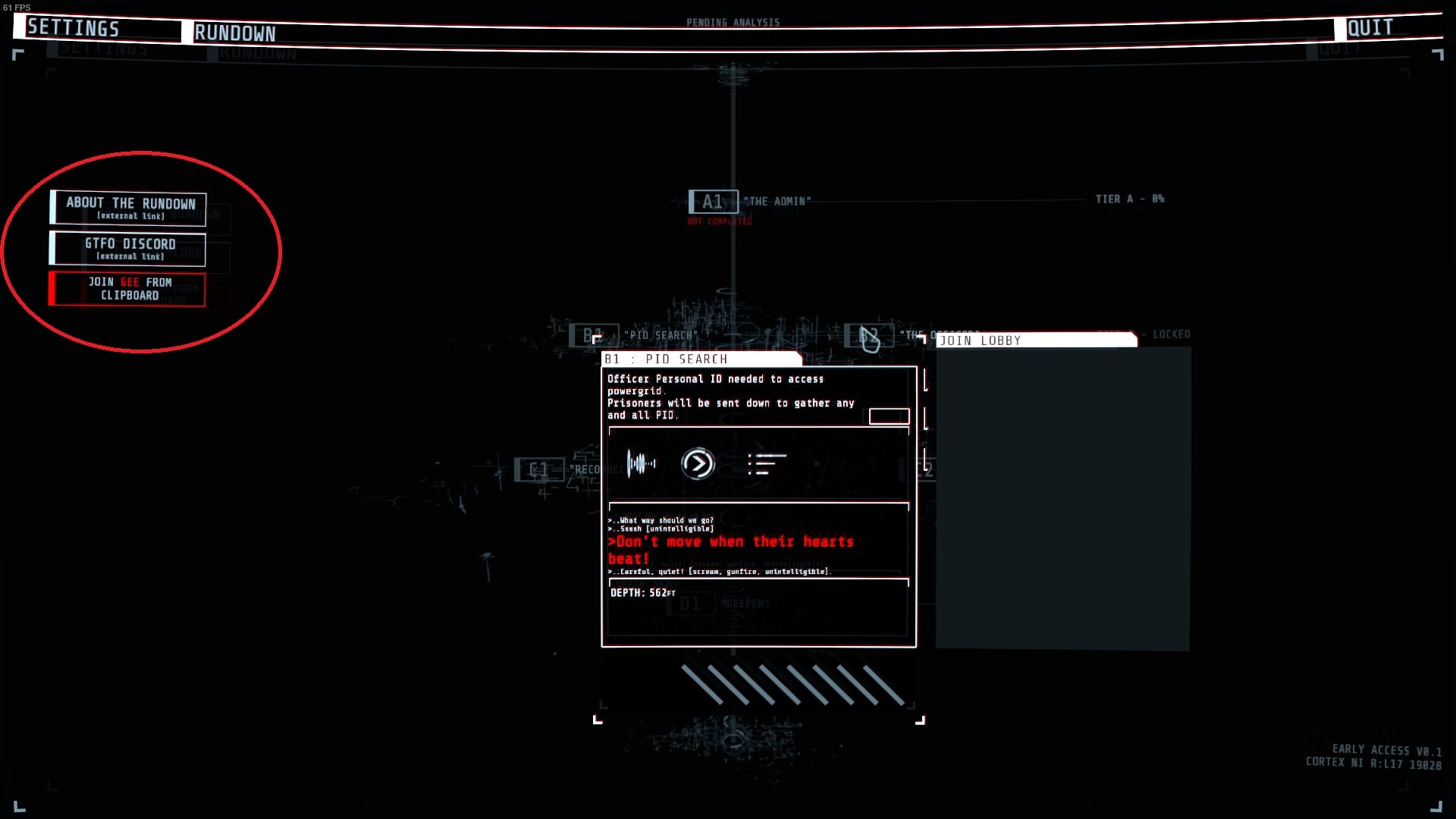 GTFO, the long-anticipated co-op, first-person, survival horror shooter has finally launched into Early Access. If you have been looking forward to playing the game since the reveal at The Game Awards a couple of years ago, you may be wondering what it has been released on. If you’re also an Xbox One player, here’s everything you need to know about whether GTFO is coming to Xbox One.

With the game being focused on teams of four battling against terrifying monsters, it’d be good if you and your friends can play, which makes coordinating a platform important.

Is GTFO Coming to Xbox One?

As of the game’s initial release, it is only available on PC. Its console future is also up in the air, relying on the success of the PC version.

Back in 2018, GTFO’s developers released an FAQ page on Steam, and one of the questions was whether the game would be coming to consoles.

They answered: “GTFO will come to PC first. The development team is too small to pull off a simultaneous multi-platform release. If the PC version is successful enough, that would give us an opportunity to put GTFO out on other platforms as well, which we’d love to do!”

Therefore, it’ll be a case of wait and see if the game does well enough for the devs to want to produce the ports. Of course, we’ll let you know if an Xbox One version of GTFO is announced.

Is GTFO Coming to Xbox One?

Not right now, but the developers are open to it if the PC version does well.

That’s everything you need to know about whether GTFO is coming to Xbox One. For more tips and tricks on the game, be sure to search for Twinfinite. We’ll have some more guides on the game coming your way soon.