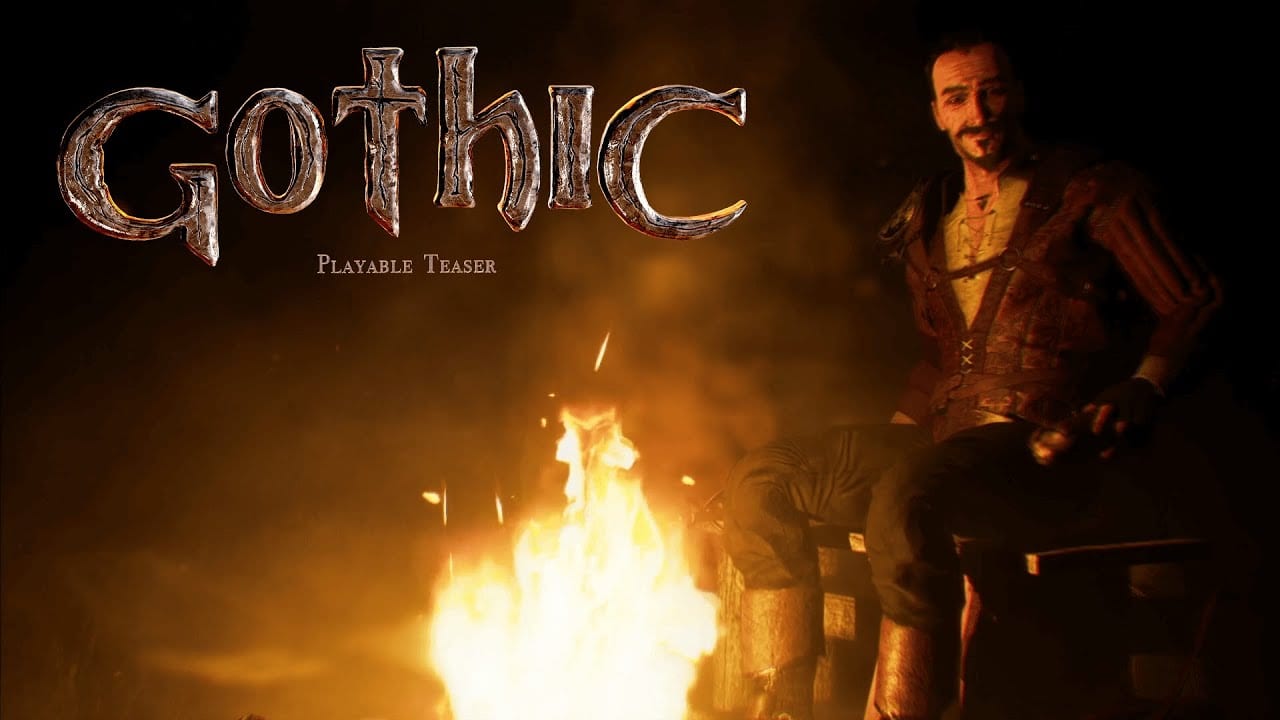 Just in time for the weekend, THQ Nordic has a pleasant surprise: Gothic is (possibly) being remade and there’s a playable demo already available that you can download right now. It’s being worked on by a new development team based in Barcelona and will continue depending on fan reaction to the new demo.

“To find out what the Gothic fanbase thinks, we wanted to start an experiment with our new developer team THQ Nordic Barcelona. After playing the prototype, you decide if we should proceed with a full remake or leave all the great memories untouched.”

The news follows on from THQ Nordic’s acquisition of Piranha Games, the company that owns the Gothic IP.

If you’re not up to speed with Gothic, it’s an action-RPG franchise that first launched back in 2001. The first game that this new remake is based on tells the tale of a human kingdom struggling to stem hostile advances from an Orc kingdom.

To produce weapons and equipment, criminals are conscripted to mine ore and forced to live together in a colony capsulated by a magical dome. Things soon go wrong, though, as the magical dome becomes permanent and traps its inhabitants inside. It isn’t long before the criminals wrestle controls of the colony, which, in turn, sees its communities segregate into different factions.

Gothic featured hack and slash combat, magic-wielding, survival mechanics, and progression systems that were quite forward-thinking for its time. That being said, its combat was criticized for being a little stiff, and it’s story wasn’t as sharp as other contemporary RPGs of the era.

You can check out a teaser trailer for the remake below, and there’s also a graphical comparison between the original and remake underneath that.

You can download the Gothic teaser demo here. There’s an official website, too, but it appears to be temporarily down at the time of writing.

Here’s a copy of the FAQ from the site before it went down:

Q: Who is developing this project?
A: THQ Nordic Barcelona. You can find out more about the studio at www.thqnordicbarcelona.com (Hint: We are looking to grow our team)

Q: Wait, why can we only play two hours?
A: Because it’s just a prototype, done by a new small team in Barcelona and we wanted to do an unusual approach and give this into the hands of players early. What you are going to play is all we have to show you at the moment.

Q: Ok, got it. But if we want the full game, how long do we have to wait?
A: Quite some time. We will only start full production if the community demands a Gothic Remake. In order to do so, we will need to grow the development team and rebuild Gothic from scratch.

Q: This can become a remastered HD version of Gothic?
A: We’d like to call it a remake. We are using a completely new tech (Unreal Engine 4) and so basically nothing but the story, the setting, the atmosphere, the music and the world of Gothic will remain. The whole tech, all graphics, the sound, different systems will be recreated according to modern high quality standards.

Q: Can I buy the prototype?
A: Yes and no. Everyone who owns ANY game from Piranha Bytes will get it for free – so if you don’t have either Gothic, Gothic 2, Gothic 3, Risen, Risen 2, Risen 3 or ELEX you can buy one of them now and the prototype is also yours.