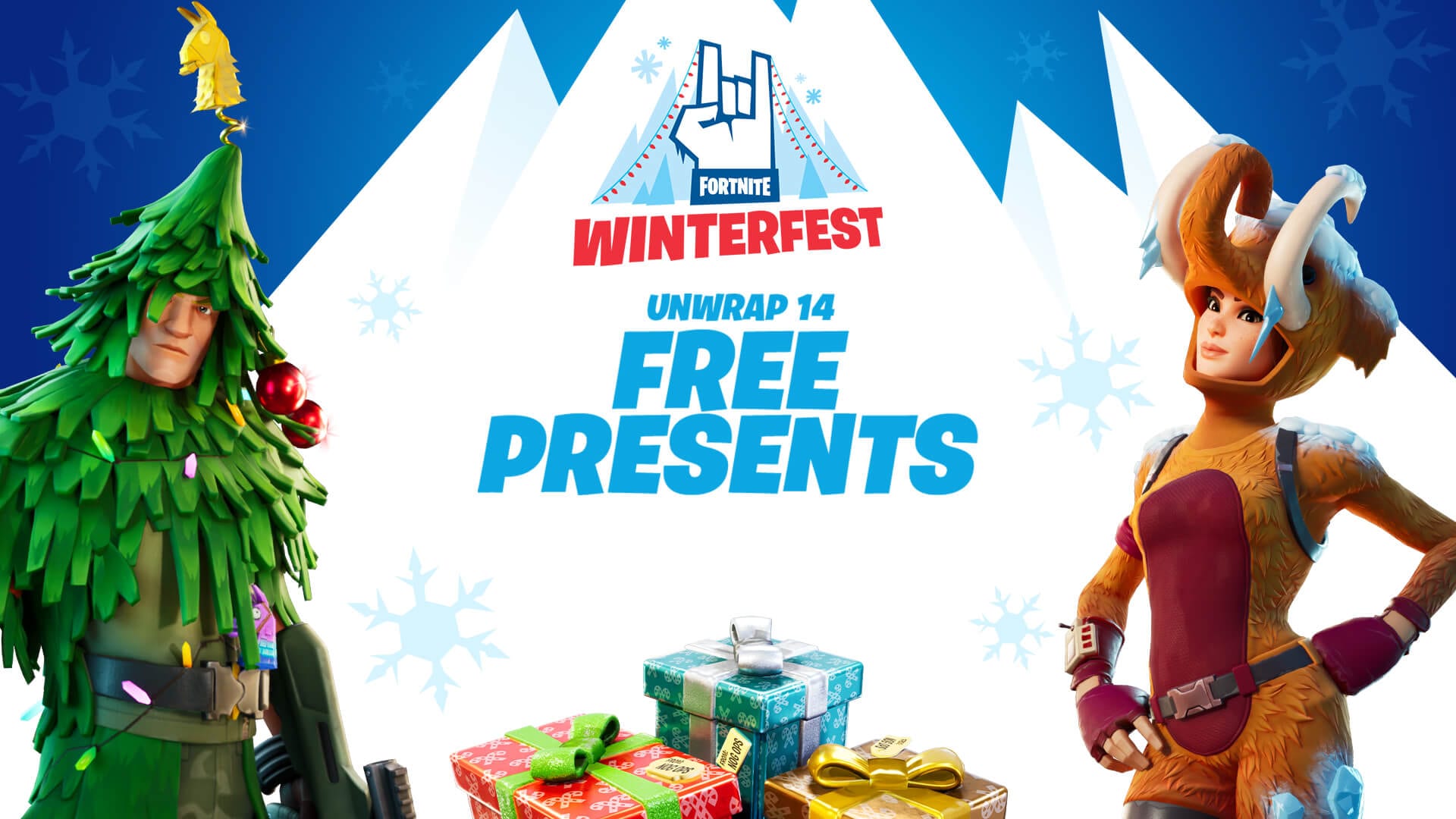 The Winterfest event adds a new snowflake tab on the main menu that brings players to a lodge where players can claim free gifts and challenges.

Epic Games is offering 14 days of free items for all players with one present available each day. According to Epic Games, the exclusive items that can be unwrapped include “two Outfits, two Gliders, two Pickaxes, two Wraps, one Emote, and more.”

Fortnite: Battle Royale players can also claim a new challenge from the lodge every day that give XP and other rewards for completing them. The free Winterfest items and challenges can be claimed until Jan. 7, so players do not have to worry about missing a day.

Epic Games will be unvaulting weapons during the event, and is bringing back some limited-time modes with a new one appearing each day starting today, Dec. 18 until Jan. 2. That includes Wick’s Bounty, Arsenal, and more while Zone Wars will be available throughout the event.

Fortnite: Battle Royale also received the 11.31 update today, which adds a “Battle Lab” where players can create their own modes and tweak options such as gravity and fall damage.