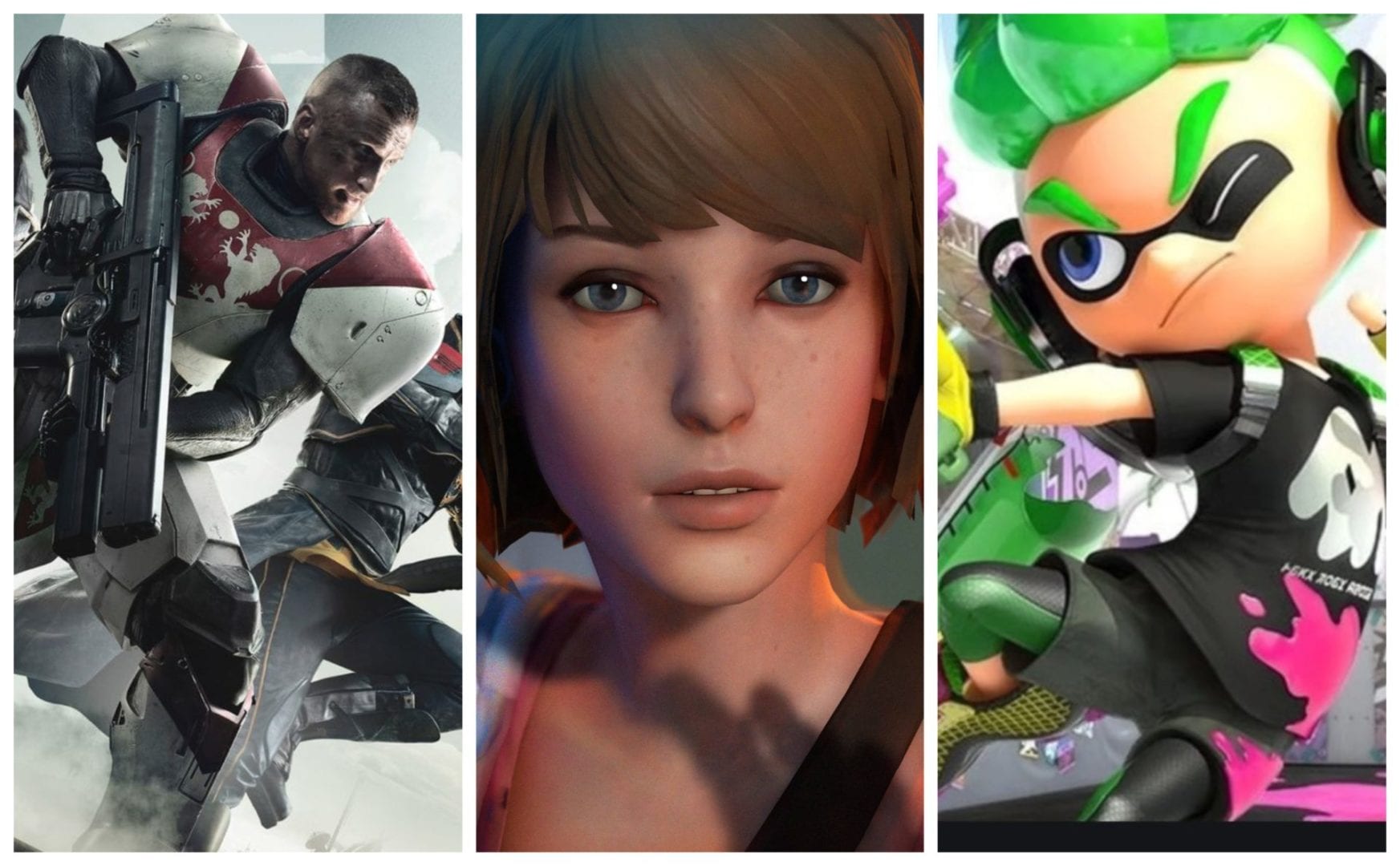 Nintendo rarely creates new franchises but with the Wii U, Splatoon was one of the big headliners that showed off the creative chops of the Japanese gaming giant. The game gave players a kid-friendly multiplayer shooter experience that was such a unique title and still is in 2019.

Nintendo would release a sequel to Splatoon in 2017 with Splatoon 2 for the Switch and this was when the franchise really grew into its own thing. Monthly Splatfests brought players back into the fold by making them fight about whether pancakes were better than waffles and even pitting cake against ice cream.

The simple premise of spreading your team’s paint over the map was brilliant and the wacky characters, catchy music, and the vast customization options has made this a premier franchise for Nintendo. Now, where’s Splatoon 3 at Nintendo?

Life Is Strange centers around a young woman named Max who finds herself with the strange ability to rewind time and change events based on the player’s decisions. It played out similarly to a Telltale game but the superpower twist allowed you to see all of the outcomes before going with a choice.

Enter Chloe, Max’s best friend that is saved by a gunshot thanks to Max. This event leads the two of them on a highly emotional and wild ride, a ride that neither of them will ever forget.

Life is Strange went on to get its own sequel this year that stars a pair of new protagonists and there was also a mini prequel series that delves into Chloe’s past which is also a must-play.

Life is Strange changed the game for narrative, choice-based adventure games and it holds up as one of the most poignant video game stories of all time. Just try to go through that ending of the first game without shedding a tear or two.

The sci-fi looter shooter didn’t gain much traction upon its initial launch due to the lack of narrative and not being much more than just a solid shooter. Fast forward a few years and Destiny has received multiple expansions and a full-fledged sequel that cleaned up a majority of the issues and flaws that were present with the first game.

Destiny 2 was a big step forward for Bungie’s new series, giving players tons of content to play with, some excellent expansions, and some really fun raids.

And since Bungie split up with Activision earlier this year, the team has more control over their IP and is showing everyone just how good their games can be without a big publisher watching over their shoulders.

We’ll see what happens with Destiny 3 in the future but for now, I can confidently say that Destiny will be as prevalent in this upcoming decade just as much as it was in this one.

Hotline Miami is the only indie game on this list and there’s a valid reason for that: Hotline Miami 1 and 2 are the epitome of top-down action and you mix that with the 80s Miami setting and the ultra-violent combat and you got yourself an addictive little game that simply oozes with style and raw energy.

The game throws you into these levels with a bunch of bad guys that can be killed with whatever weapon/item that you can get your hands on. The enemies die pretty easily but you yourself can die very quickly but thanks to the quick respawns, it’s very easy to experiment and try new methods of attack.

Each level is like its own little puzzle and it’s up to you to improvise your way out of sticky situations to the best of your ability. The EDM music keeps you going even after you die for what feels like the hundredth time.

Bravely Default’s development started off as being a sequel to Final Fantasy: The 4 Heroes of Light, which was a DS JRPG that was a sort of reimagining of the first FF title, but it eventually ended up becoming its own JRPG with a unique battle system, world, and characters.

Deep down though, Bravely Default was still just a really good Final Fantasy game that ended up getting a sequel on 3DS and the series is also getting a third game on Switch, which was announced during The Game Awards 2019.

Bravely Default 2 looks to be quite the successor and it’s being worked on by the Octopath Traveler team so you know it’s going to be a very good JRPG.

Telltale has created multiple episodic adventure series based on a ton of licenses like Batman, Minecraft, and Borderlands, but none of them can stand toe-to-toe with the franchise that put the studio on the map and that game is Telltale’s The Walking Dead.

Telltale introduced us to an older man named Lee who finds a young girl named Clementine that is by herself and terrified of the zombies that have plagued their world. Together, the two of them go on a journey that ends in nothing but despair for both of them.

I’m not going to spoil the ending of the first season but man, it’s so hard to play through. No matter what decisions you make, the world of The Walking Dead continues to be an emotional trainwreck that has no winners or losers, but only survivors.

The finely crafted episodic experience has come to an end this year with the final season starring Clementine and what a journey it was.

There are a bunch of online multiplayer shooters out in the wild but developer Respawn did things a little bit differently with Titanfall and Titanfall 2. Running on walls, using gigantic robot mechs, and ease of traversal is what made these first-person shooters stand apart from franchises like Call of Duty and Battlefield.

The first release was a bit quiet due to the fact that it was a Microsoft exclusive but once Titanfall 2 came out on other platforms, it gave other prospective players a chance to become a fan of the series.

The series was a genre definer and introduced a fluid gameplay system that just felt so good to try out and even the single-player campaign of Titanfall 2 proved to be one of the best parts of the sequel.

Considering that Respawn just recently released Star Wars Jedi: Fallen Order and Apex Legends to critical and commercial acclaim, I’m not sure when we’ll see a third Titanfall game but here’s hoping that Respawn can get back to the franchise in this new decade.

Xenoblade Chronicles finally came west to the Nintendo Wii after being a Japanese exclusive for years back in 2012 thanks to some vocal fans that started something called Operation Rainfall, which helped bring over this massive JRPG as well as The Last Story and Pandora’s Tower.

If it weren’t for those loud fans, we wouldn’t have had the chance to experience this sprawling JRPG that literally takes place on two titanic robot gods. The story was intriguing, the combat system was unique as hell, and the characters were immediately relatable and interesting.

Since then we’ve gotten a spin-off on the Wii U and then Xenoblade Chronicles 2 on the Switch during its launch year. This franchise’s popularity is at an all-time high right now and once the definitive edition of Xenoblade Chronicles comes in 2020, you can expect even more people to fall in love with the universe.

Arkane Studios’ first-person stealth action-adventure series primarily focuses on giving players the choice to tackle missions however they want. The game pushes you to go into missions stealthily, but you can pretty much do whatever you want in the densely-packed world thanks to the variety of gameplay mechanics and improvisational techniques.

The sequel, Dishonored 2, pretty much gave players what they wanted which was simply more Dishonored but even better level designs and a better focus on the narrative, which seemed to be lacking in the original.

Arkane’s franchise is one of the shining new IPs from this decade and we hope to see it come back in some shape as we move into 2020 and beyond.