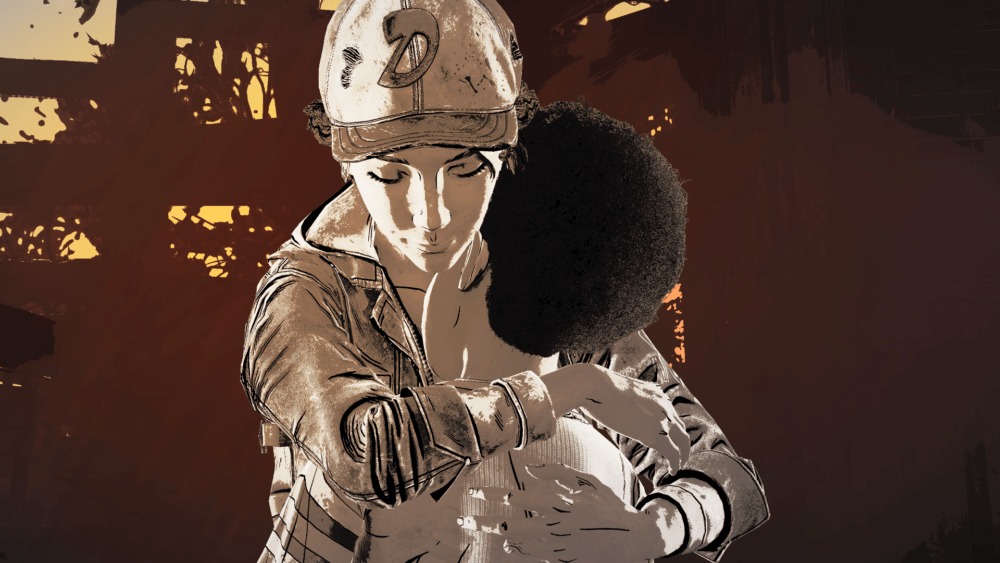 The Walking Dead: The Final Season on PC

Few games manage to make their protagonist quite as iconic and lovable as Telltale’s The Walking Dead’s Clementine. Having taken care of her as Lee in the original season when she was a young girl, to becoming the badass guardian of AJ in the final season, fans have been through a lot with the character.

Now that the Final Season’s last episode has finally released, all I can say is I’m delighted that Skybound jumped in to give Clem and Co. the closing chapter that they deserved.

That’s not to discredit the work that Telltale had done beforehand. For those unaware, midway through development of The Final Season, Telltale shuttered its doors and episodes three and four were to never see the light of day, essentially cutting Clem, AJ, and the kids at Ericson’s journey short, and at one of the worst moments to do so in the narrative, too.

The Final Season sees Clementine finally reunited with AJ, after the third season took a bit of a detour with Clem joining a new cast of characters such as Javi on her quest to find the youngster. As the pair attempt to look for supplies, they bump into a rather unsavory character, and before long find themselves at Ericson Boarding School where a group of kids who used to attend the school has taken refuge.

Turns out that the unsavory character Clem and AJ met during their scavenging efforts belongs to a group of Raiders that takes members of other communities in order to fuel the war effort they’re currently embroiled in. As such, it doesn’t take long for Clem, AJ, and the Ericson kids to come into conflict with this gang, and it’ll be down to players to make important decisions along the way that’ll affect the outcome of the story.

It’s the usual Telltale affair. A narrative with plenty of twists and turns. It’ll make you question your morals, your decisions as a role model, and have plenty of cliffhanger moments to end episodes on that you’ll just want to dive right into the next one.

There are some questionable story beats, some that feel a little tenuous when you stop and take a moment to think about it, such as whether or not a seven-year-old would really have the stones to do some of the things AJ does. But, we’re living in a lawless zombie apocalypse here, anything could happen, I guess.

The Final Season’s narrative feels immediately more high-stakes. It’s not because of the ferocity of the raiders — though that definitely becomes a factor — but because The Final Season does such a great job of making you think about what example you’re setting for AJ. Or just whether or not your actions are going to get him killed.

It’s bizarre, because having played countless Telltale episode series by this point, I know that my decisions are fairly inconsequential, albeit changing a scene or two on the way to my inevitable destination. However, the connection I, as a long-term player felt to both Clem and AJ ultimately led me to caring more about even these minor decisions than I have in the past. I hadn’t gone through four seasons for nothing!

Telltale’s titles have always been narrative-driven, with player decisions making up the bulk of the ‘gameplay’ here. The Final Season doesn’t slow down here. I found myself staring blankly at the screen, during all four episodes as just two, drastically different choices would stare back at me. If a game gives you decision paralysis during these moments, it’s normally a pretty good sign, and that’s exactly what The Final Season managed to achieve.

Sadly, The Walking Dead: The Final Season feels like a bittersweet turning point for Telltale’s episodic series, just one that arrived too late to save the developer from its inevitable fate. Rather than sticking to its bread and butter of conversations and consequences, The Final Season mixed things up with more interesting and immersive gameplay.

One moment I was partaking in a little segment of gameplay that had me stunning and shivving walkers in the head. Except, they worked together, and if you didn’t get yourself enough space and time when dealing with one from the rest of the crowd, you’d become zombie food. Another moment, I was stealthing my way through a pack of them, and the next I was searching a greenhouse for useful supplies.

This variation helps to make the moment-to-moment gameplay in The Final Season feel less monotonous. Even if it’s not the most complex combat system, it’s still a nice change from simply selecting the response you want to give to someone. It immerses you in Clem and AJ’s plights and successes, rather than just being a spectator that occasionally makes decisions for them.

For those who have experienced Clem’s adventure from the very first season, one thing is quite apparent when beginning The Walking Dead: The Final Season. Both the visuals, and the general performance of the series is considerably better and more stable than what we’ve seen in its predecessors. Character models look more detailed in their classic comic book art style, framerates remained consistent, and I didn’t experience any bizarre crashed or other hiccups during gameplay.

It’s just a shame it took up until the developer’s final episodic series to finally get this nailed down.

Honestly, discussing many of the major narrative beats, decisions, or gameplay in The Walking Dead: The Final Season would do it a disservice, particularly for those who have been following Clementine since she was rescued from the treehouse in her back yard all those years ago. However, just know that both the development teams at Telltale, and the smaller-scale one that was resurrected under Skybound didn’t let Clementine down.