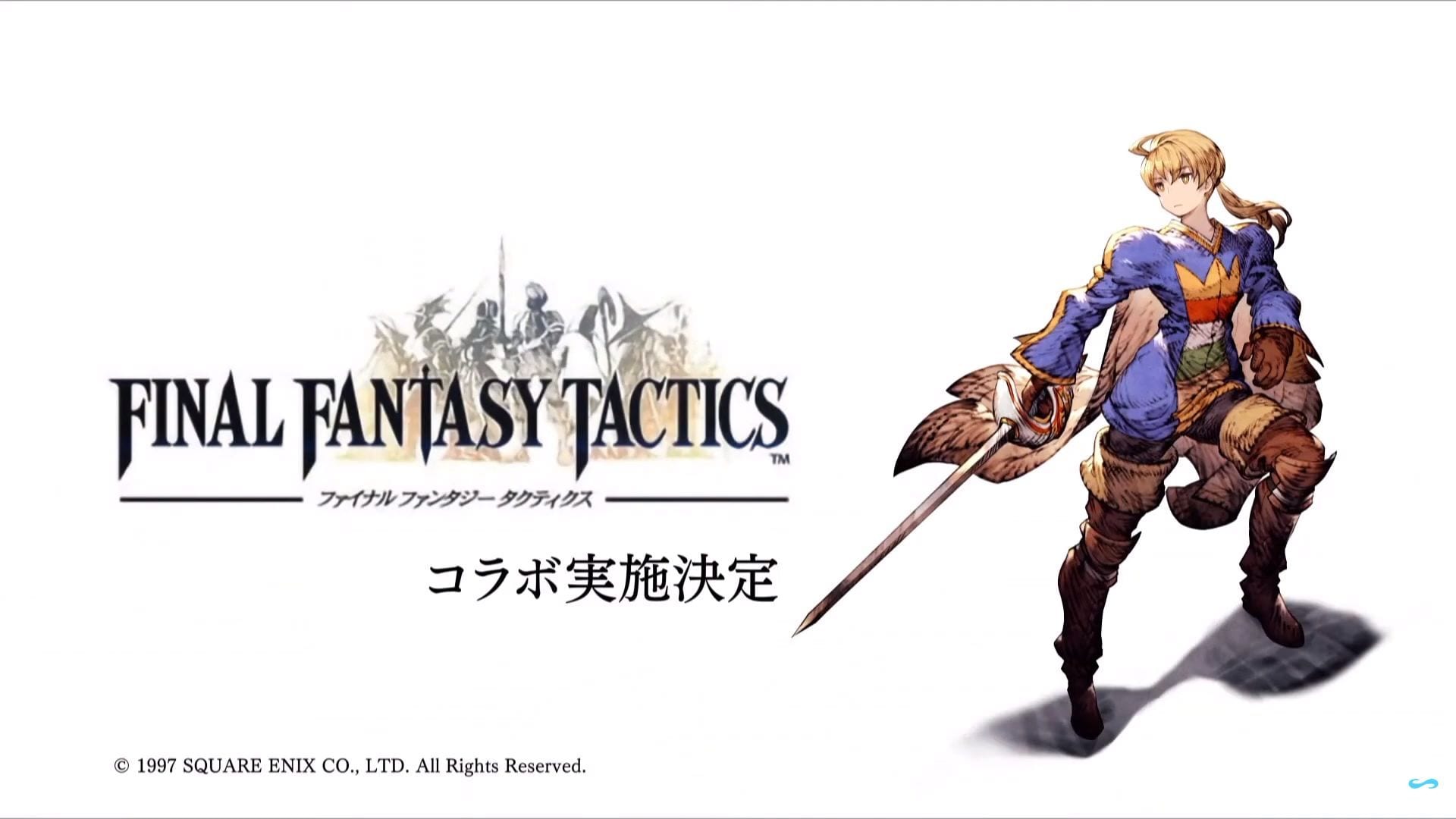 War of the Visions: Final Fantasy Brave Exvius has been billed by many (with reason) a spiritual successor to Final Fantasy Tactics, and today Square Enix announced rather predicatble news for the upcoming mobile game.

While they did not announce a remake or remaster of the old and glorious simulation JRPG for the original PlayStation (that would actually be unpredicatble), they announced a crossover in War of the Visions: Final Fantasy Brave Exvius during a pre-release livestream from Japan.

You can see the teaser trailer below alongside new illustrations for Ramza Beoulve, Goffard Gaffgarion, and Cidolfus Orlandeau designed by Akihiko Yoshida himself.

The collaboration isn’t coming for the launch of the game, but it’s in development, and the team encouraged fans to wait for a little while.

We also get an update on the crossover content with Final Fantasy XIV: Shadowbringers (which will instead come at the launch of the game in Japan), which will go beyond including Y’shtola and Thancred, but will also include a raid against Forgiven Dissonance, available for a limited time.

Last, but not least, we hear that War of the Visions: Final Fantasy Brave Exvius achieved 1 million pre-registrations for Japan ahead of its November 14 release date for iOS and Android.

At the moment, a western release date for the game has not been announced, even if we know it’s coming at some point down the line. If you want to see more, you can check out the latest trailer and the full livestream below, showing plenty of gameplay.