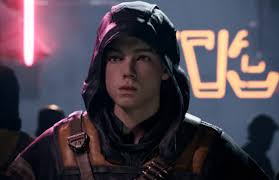 Star Wars: Jedi Fallen Order has arrived and players are following the story of Cal, a Padawan that survived the dreaded Order 66 and Anakin’s murder spree. Unlike recent Star Wars games that have released throughout this generation, Fallen Order is a linear, single-player experience. Still some fans might be wondering if you have some freedom when it come to changing your character appearance in Jedi Fallen Order. Let’s discuss.

Can You Change Your Character’s Appearance in Jedi Fallen Order ?

Let’s cut to the chase: no you cannot change Cal or any character’s appearance in Star Wars Fallen Order. Cal is his own man, he chooses what he wants to wear and the story is entirely his. As a result, you won’t have an influence on what type of garb he wears.

Which to be honest, is kind of fair. Jedi fashion is lame anyway. The coolest thing a Jedi gets to do is pick what color light saber they want to use. Mace Windu obviously is the cream of the crop in that regard but even he still just rocks some drab robe.

So honestly, the Jedi don’t deserve to have appearance options in Jedi Fallen Order. Now if we’re talking about the Sith, that’s a whole different story.

They have a knack for accessorizing and style. Hell, Kylo Ren compliments his outfit by carrying the burnt up mask of his dead grandpa. Metal AF! If there’s something I wish the Jedi would steal from the dark side would be their flair for the dramatic when it comes to dressing.

No, Cal’s appearance stays the same throughout the game.

That’s all we got though for whether you can change your appearance in Star Wars Fallen Order. Sorry we had to be the bearer of bad news here, but at least you got your answer. Just embrace the Jedi ways of old: honor, tradition, loyalty, and dressing like butt.

For more on Star Wars: Jedi Fallen Order, be sure to check out our extensive wiki guide which includes some other helpful guides like: