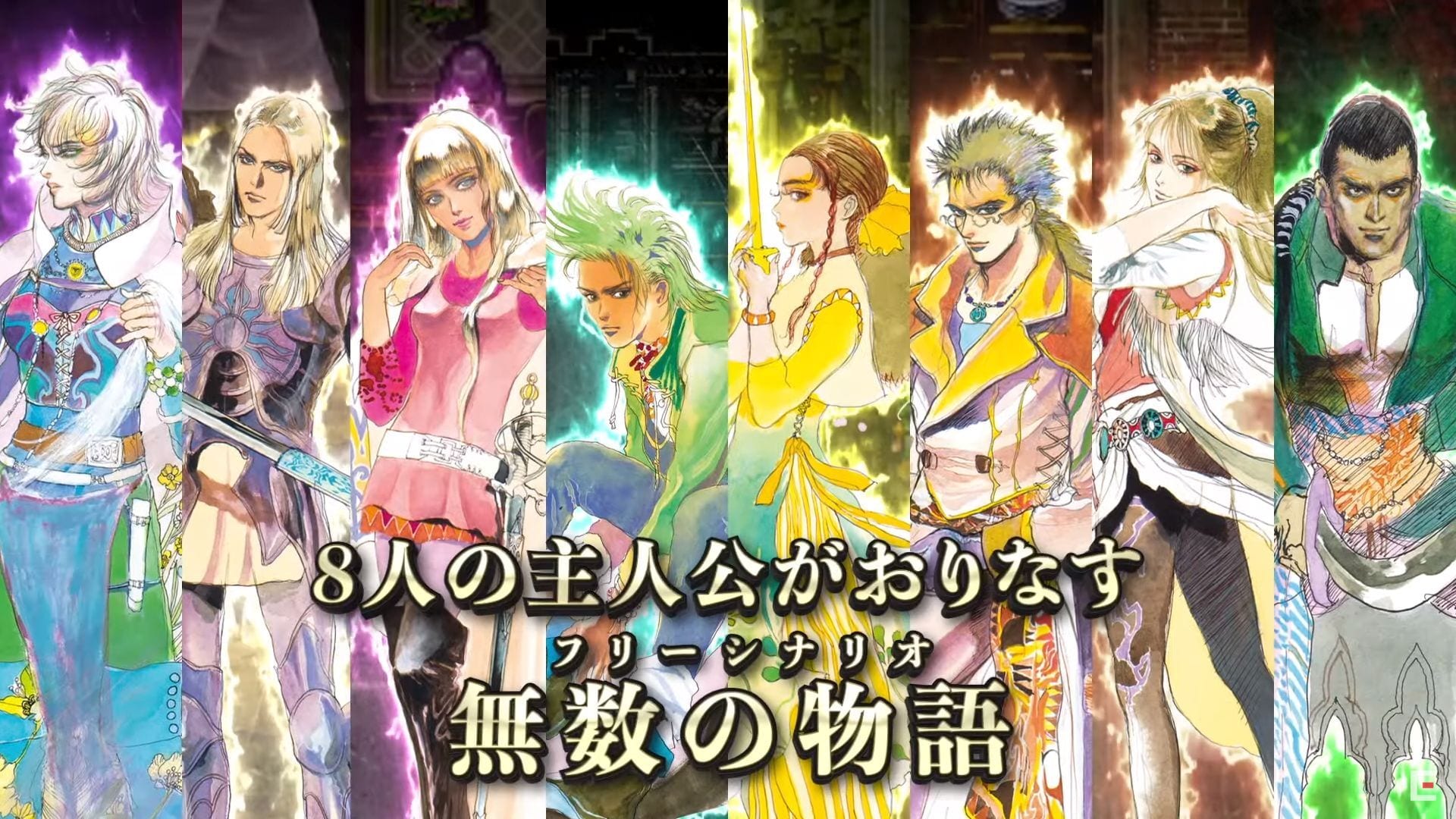 Today Square Enix released a brief trailer of the upcoming Romancing SaGa 3 remaster which is coming in just a few days.

The trailer showcases the game’s colorful cast, alongside a look at the gameplay and visuals, squeezing quite a bit of content in the brief 15-second commercial format.

While this video comes from the Japanese branch of the publisher, this release is very relevant because western gamers will be able to enjoy the game in localized form for the first time.

If you’re unfamiliar with the game, you can enjoy an official description below, directly from Square Enix.

“Romancing SaGa 3 gives players the freedom to forge their own path, choosing to play through eight different narratives led by eight protagonists, each with their own motives and unique personalities.

Developed by industry veterans, including renowned developer Akitoshi Kawazu (FINAL FANTASY, Romancing SaGa, SaGa Frontier), this HD remaster will feature optimized graphics, a new dungeon called the “Phantom Maze” to explore and a NEW GAME+ function. The upcoming remaster adds new storylines to the game, making it the perfect time for both new and veteran players to experience the SaGa series.

The remaster of Romancing SaGa 3 will come on November 11 on basically anything with a chip inside, including Nintendo Switch, PS4, PS Vita, Xbox One, PC, iOS, and Android.

It won’t run on toasters, but they’re likely working on it.

If you’d like to see more, you can check out a previous trailer.